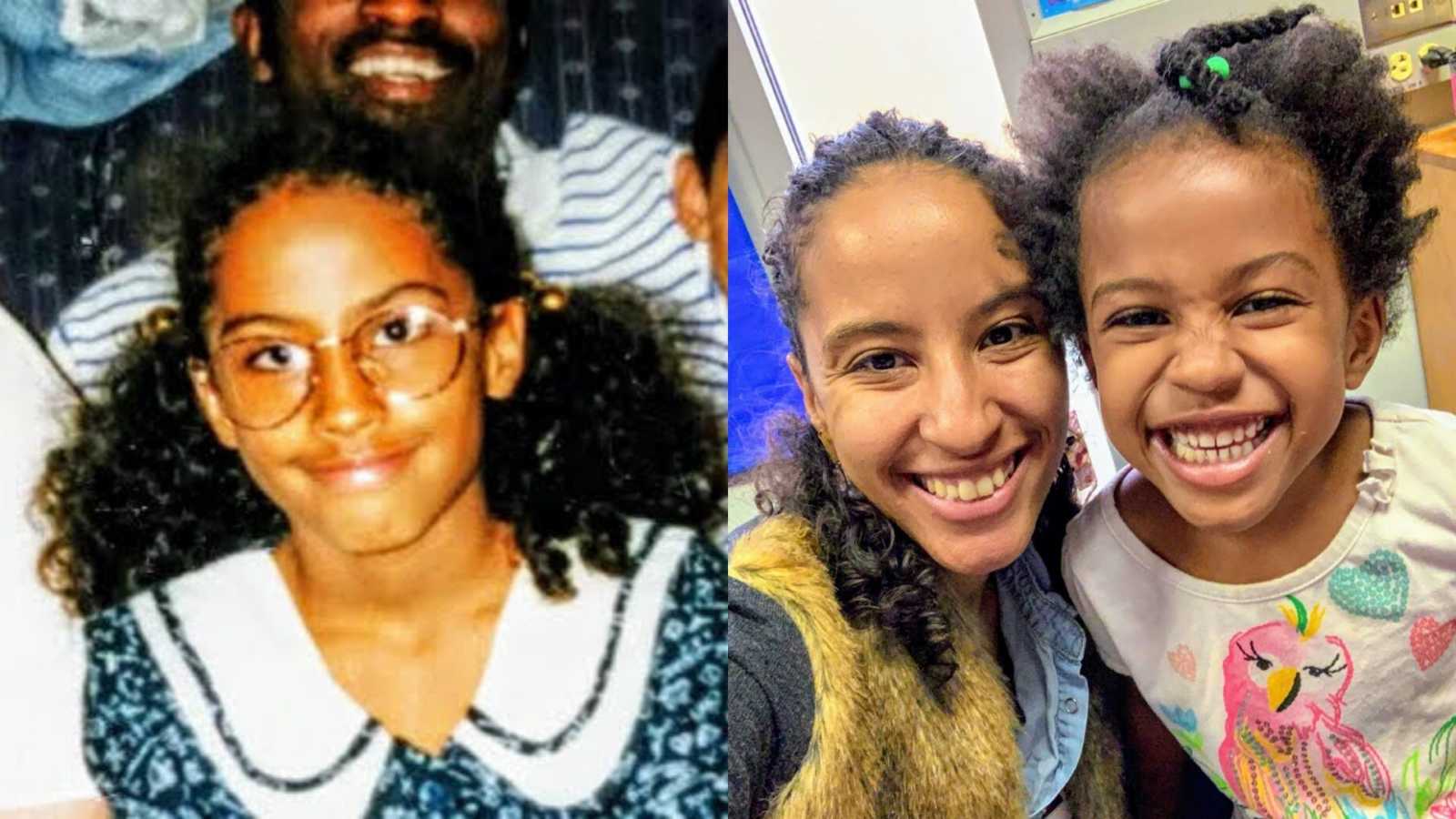 “Hazy-eyed and barely awake, I turned over to look at my phone. I have had the same dream over and over for the past week. With each dream, I grow increasingly complacent as I watch him with my daughter. I sit up and stare into the darkness. Was I going to be that mom? Was I going to do to her what my mother had done to me?

I leaned over to check on my husband. I wanted to wake him so badly. I needed him to shake me. Shake some sense into me. Scream in my face, something. Anything. What was I doing? Why would I just stand there and watch?

I laid back down and tried to settle myself. My heart was racing and I couldn’t stop thinking about it. ‘I’ll just go check on her,’ I said to myself.

As my foot hit the ground, memories came flooding back to me. My mother was raped by a family member. At the age of 14, she had a baby. The day she went into labor my grandparents told my mother the baby died and she never saw her again. They never spoke of it after that.

I was much younger when it happened to me. My mom and dad weren’t home. A close family member was watching us. My brothers and I were playing hide and seek. I ran to hide from my brothers, but he found me instead. I tried not to move. ‘Maybe he won’t see me. Maybe this time he’ll let me be,’ I thought.

But I was wrong. He called me into the other room. I walked slowly, trying to prolong the inevitable. I laid there. Helpless. With my eyes closed as tightly as I could, I tried not to move. I hoped it would be over fast and I could go back to playing. It had become a part of my routine almost. As if it was normal. But I didn’t feel normal. I felt dirty. I felt ashamed. I felt worthless.

My mom found the letter before I could give it to him. She stormed into my room. Her face filled with rage. Angrily she asked, ‘Is it true?’ I stared at her. Her face was red as she began yelling for me to tell her. ‘Who did it?,’ she shouted. ‘Did this really happen to you or not?’ Her voice echoed throughout the whole house.

Confused, I lied. I looked her in the eyes and lied to her. I had held it in for so long and all I really wanted was for her to know. For her to hug me and tell me it was okay. For her to let me know it I was going to be okay. But in that moment, face to face with her, I lied. She was mad at me. Her anger radiated through her words and pierced me so sharply and deeply. So, I lied. And in that moment I vowed my children would never feel the way I felt.

Through heavy tears, she apologized to me. She too had made herself a promise. One to protect her children at all cost. But in that moment, reading that note, she felt like she failed. And she had failed me. She allowed to happen to me what she vowed would never.

I climbed into bed with my daughter. And as I laid there watching her breathe, I said I a quiet prayer.

As she started to stir, I hurried back to my room. Standing in the dark, I wiped the tears from my eyes. I will stand up for her. I will not allow anyone to hurt her. Ever!”

This story was submitted to Love What Matters by Jazmyne Futrell of Mixed Mom Brown Babies. You can follow her journey on Instagram here. Submit your own story here, and be sure to subscribe to our free email newsletter for our best stories.

‘The nurse asked my husband, ‘Are you the FATHER, or just the one she’s pregnant with?’ I hated the disapproving nods and strange stares. I stopped going out in public with my kids. I felt inadequate.’

‘What mother does that? Have some decency!’ He was screaming for milk and I hurried to lift my top. Another said, ‘Do you think she knows who the father is?’ I was mortified.’