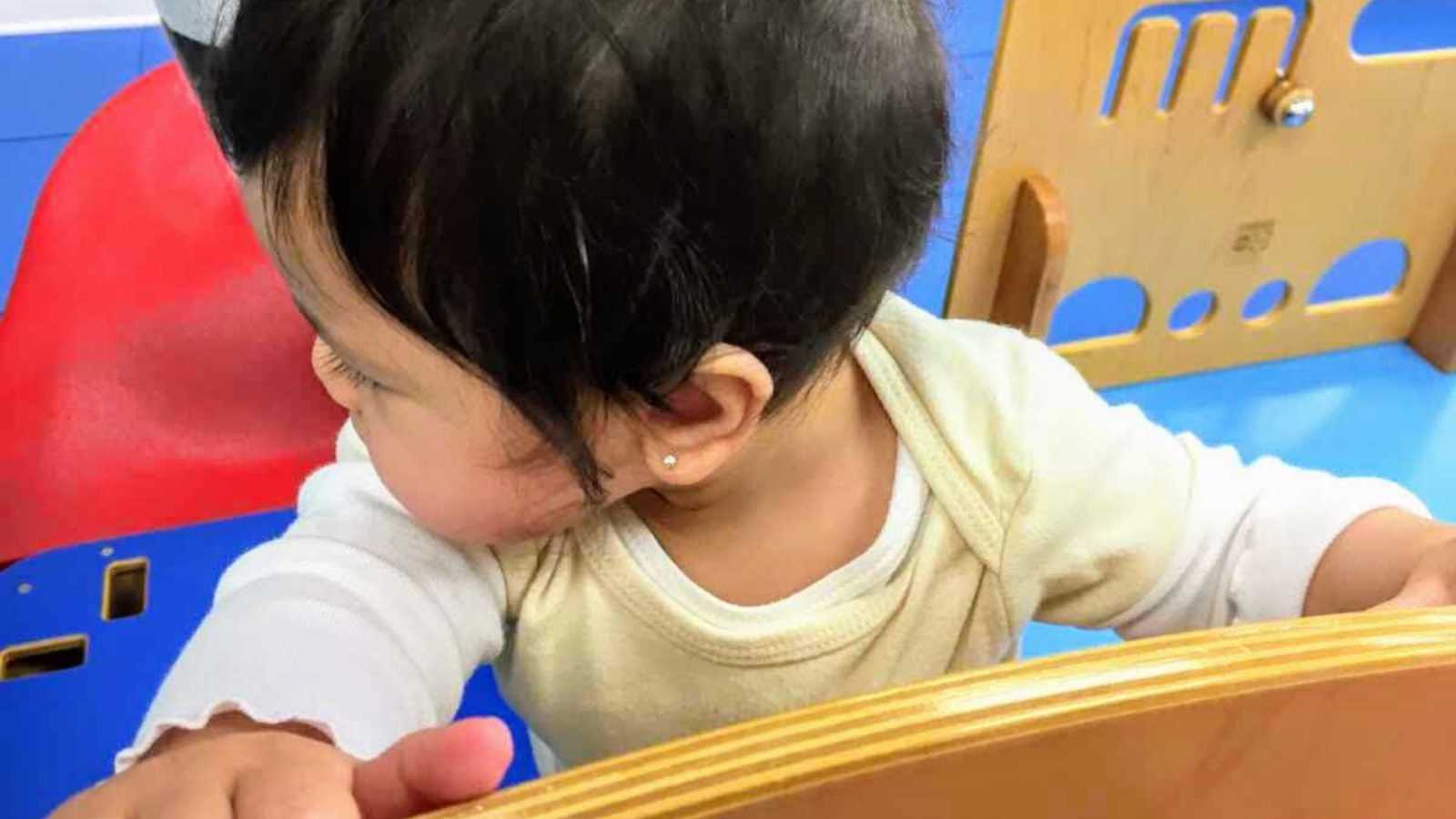 “A little while back, I reconnected with one of my high school friends, Nia. We’d gone our separate ways after graduation and hadn’t talked much, but through a series of happy coincidences, we reconnected, and before long, she was part of my motley friend group of work, high school, and college friends.

Of course, once we all reached a certain age, it seemed like everyone started popping out babies — including Nia, who had a little girl, Elena. When Elena was 5 months old, Nia brought her to a baby shower for one of our mutual friends. Elena was adorable, with chubby cheeks, big brown eyes, and a fuzz of dark hair all over her head. When it was my turn to hold her, my eyes fell on her cute little ears. They were pierced with diamond studs! Furtively, I checked to see if they were real, not just stick-on gems or something. Nope, they were real. Someone had shoved a needle through this baby’s earlobes.

Nia had to go to work, so she left the party early. You can bet that as soon as the door closed behind her, all the girls dived right in. ‘Oh my God, did you see Elena’s ears?’ ‘Who does that to a little baby?’ ‘I mean, it just looks trashy.’ ‘Shouldn’t that be Elena’s decision when she’s older?’

Honestly, I didn’t know what to think. My friends looked to me to join in, and all I could mutter was, ‘Yeah, that is really weird, but I guess it’s her choice.’

‘Nia’s choice, but not Elena’s!’ one of my gal pals, fired back. ‘I mean, it’s basically child abuse. What’s next, is the baby going to get a tattoo or something?’

I left the party feeling uncomfortable. In my own small town Iowa upbringing, babies did not have their ears pierced. I got mine done when I was 13 at Claire’s, as did many of my friends. Yet, I still couldn’t believe how quickly everyone attacked Nia. She was a nurse and beyond that, she was Elena’s mom — she had to know what was best for her child.

The other issue, the one that nobody addressed, was that Nia was one of the only people of color at that party. Nia is of Cuban and Mexican heritage. So, I did some research. It turns out that many cultures pierce their children’s ears at a young age, and it is customary to give baby jewelry to an expecting mother. Nia, most likely, had her ears done at 4 or 5 months, as had every other woman in her family.

It turns out that white people and their customary ‘coming-of-age’ ear piercing was the exception, not the rule. Cultures in Africa and many Latin American countries practice infant ear piercing.

As for my friend’s comments about it looking ‘trashy’? Clearly, it seemed that was an association they were making between a person’s color, their socioeconomic status, and accompanying values.

The next time we all got together was for a girls’ brunch. It was during Nia’s shift at the hospital, so she couldn’t make it. During brunch, a family came into the restaurant and sat on the opposite side from us. They had five children, two of which were little girls. They had their ears pierced and their skin was brown.

Of course, our table noticed, and once again began to discuss Nia’s choice to pierce Elena’s ears. This time, I was ready. I told them about the traditions of ear piercing among certain cultural groups. My friends definitely have some unconscious biases they need to address, but none of them want to be labeled as racist. They quickly backed off from their judgments, and I could tell a couple of them were embarrassed.

One, however, doubled down. ‘OK, so it’s part of her family’s culture. But I still don’t agree with it. What if Elena grows up and she’s a huge tomboy, and she doesn’t want earrings? Then she’s got these scars on her earlobes. It should be her choice, when she’s old enough to understand that this is a lifetime thing.’

Another friend spoke up. ‘But you circumcised your son, right?’

‘Well, yes. What does that have to do with anything? It’s more sanitary. Plus then he won’t feel weird in the locker room.’

‘Yes, but he didn’t get to make that decision, did he?’

I could hardly suppress my smile.

Let’s just say by the time brunch was over, nobody was gossiping about Elena’s pierced ears anymore.”