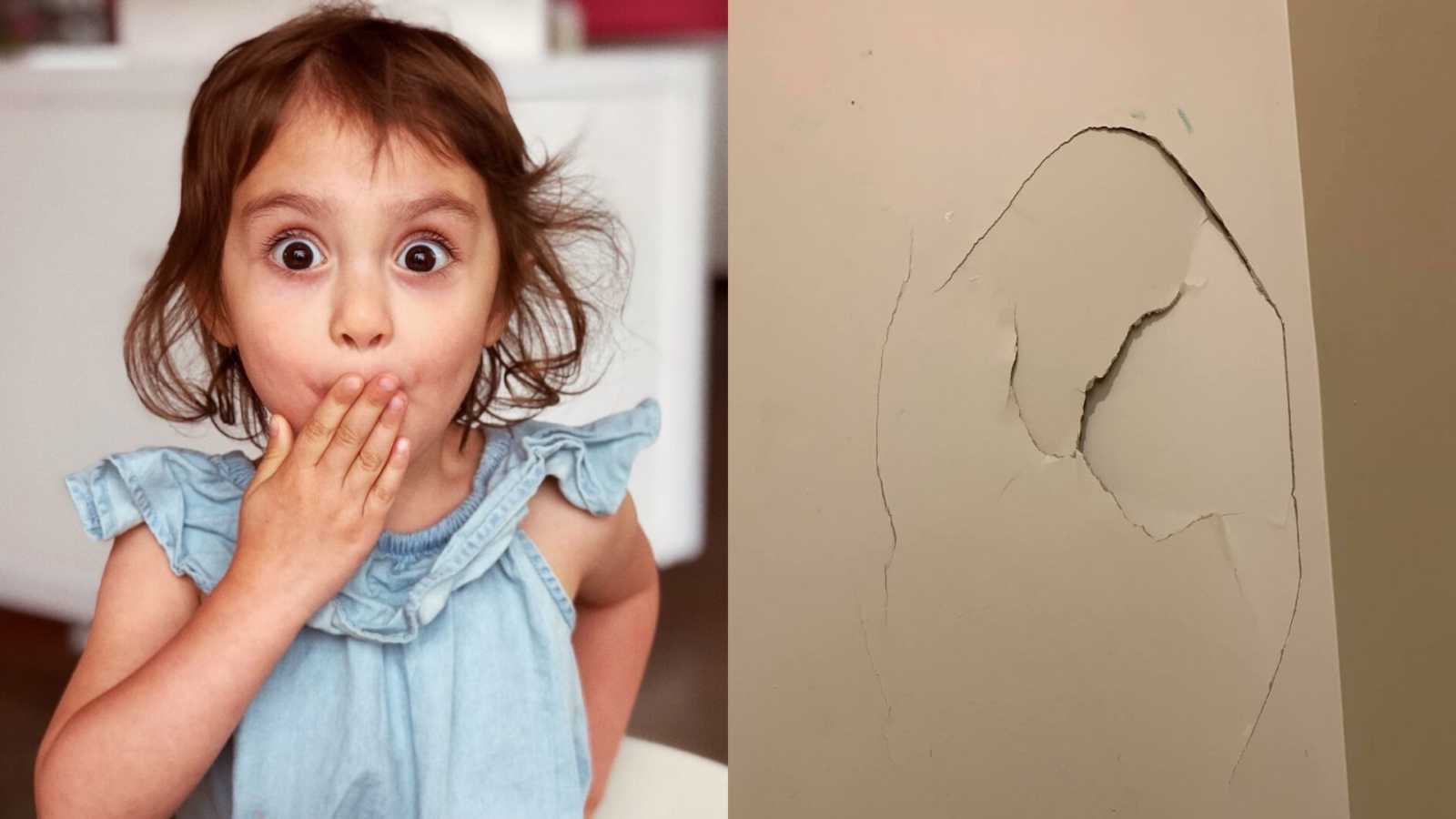 A North Carolina mother’s viral Facebook post about handling a situation with her kids is getting a lot of parents talking about how to respond when your children mess up, and is a lesson in humility we could all use.

Rosie Lamphere, co-founder of the blog Play At Home Mom, shared an incident on Facebook about a situation that happened when their kids were playing and accidentally put a giant hole in their wall near Christmas this year. But it was her response when one of the kids told her about it that really puts things in perspective, and reminds us that sometimes the bigger lessons of trust and instilling confidence are more important than any punishment could be.

Our girls were messing around yesterday. One of them happened to put their body through the drywall. My nine year old…

Lamphere, mom of daughters Sienna, 8, Mia, 9, and Briella, 11, wrote, “Our girls were messing around yesterday. One of them happened to put their body through the drywall. My nine year old came downstairs crying and frantic saying she had to show me something.”

She said she saw the damage to the wall and could already tell how guilty her daughter felt for creating it, knowing her dad was going to be upset and have to fix it.

She said her daughter apologized to her, but wasn’t ready to tell her dad what happened.

“That is OK,” Lamphere responded. “When you are ready, you will tell him.” She said she went downstairs and told her husband and said they had two ways to approach it.

“1. Scream and yell and make her feel more awful than she already does,” she wrote. “2. Accept that little girl for each bit of awesome that she is… even in her mistakes. To realize that it was SO hard for her to come down and tell you how she made a mistake. Our response will 100% determine how she comes to us with mistakes in the future.”

It’s true. Kids learn from us all the time, especially our response to big experiences. Our kids are going to mess up, that’s a given. But by looking at them as learning experiences versus letting our emotions take over (which isn’t always easy to do), we create an environment where our kids feel safe making mistakes and, more importantly, coming to us when they do.

While many parents agreed with Lamphere, some commented that her approach wouldn’t work for them or said that although her response makes sense, fixing the wall is still important:

“I have kids who feel no remorse,” one mother wrote. “Parenting is impossible.”

“The kids I take care of break stuff all the time. I don’t usually get mad, but I tell them they have to try to fix it, even if it was an accident,” another wrote.

“Use this as an opportunity to learn to drywall and to understand she’s responsible for fixing the things she messes up. Both will be lifelong lessons that will help her!” another mom chimed in.

The Lamphere’s chose the latter and said her daughters are more trusting because of it.

She also added later a reminder for all parents that our kids model our behavior.

Lamphere’s post, which has already been shared a quarter of a million times, is proof that it’s not about the mistakes we make, but our response to them that really makes the difference.

‘The last thing I wanted to do was hug her.’: Overwhelmed mom ‘swallows her pride’ to embrace daughter during meltdown, ‘they don’t need you to shame them’

‘I’m not ‘babying’ my kid. He doesn’t need to ‘toughen up’ or ‘be a man.’ He needs to be LOVED.’: Mom responds to parenting criticism, ‘my child is not a man, I will continue to baby him’