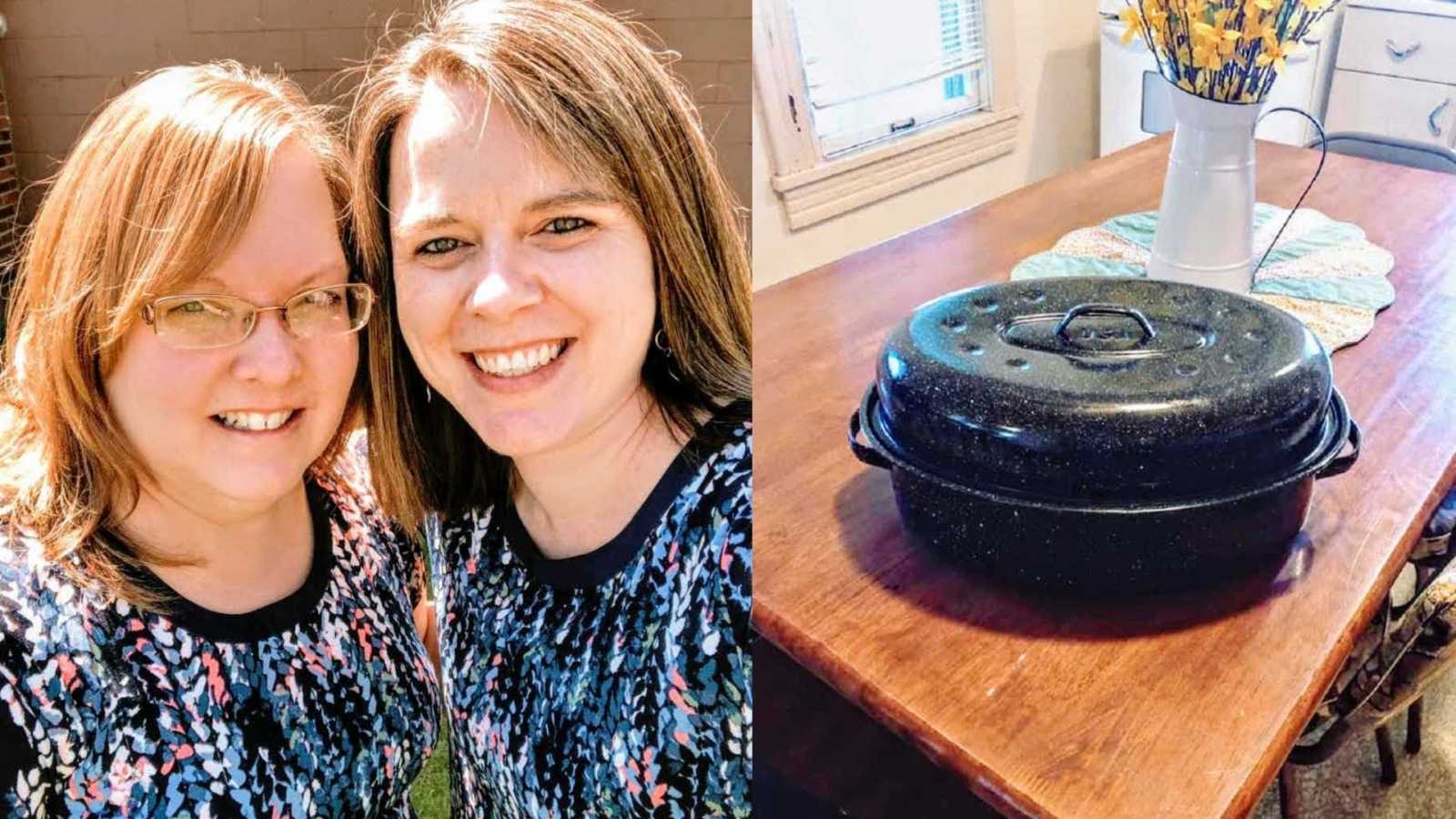 “My mother-in-law delivered this pan to our doorstep yesterday with a hot meal tucked inside. Pizza burgers, she called them, before getting back into her car to drive home and finally eat her own dinner.

You know, it isn’t a secret that Hollywood is often extreme concerning the role of the mother-in-law. With obnoxious characters like Marie on Everybody Loves Raymond, and movies such as Monster-in-Law, the MIL is often portrayed as a mean, controlling villain.

But to be honest, this representation of her just doesn’t resonate with me.

And it’s probably because my own experience has been somewhat different.

You see, when I consider a mother-in-law:

I think of someone who sends a text just to check on me and see if I need anything.

I think of someone who also does my dishes and cleans my kitchen any time she comes over to watch my kids.

I think of someone who bends over backward for me and not for the praise, but because she genuinely cares.

I think of someone who is thoughtful and never forceful with advice-giving.

I think of someone who frequently cooks my favorite meals and desserts, and who refuses to let me pay any time we go out together.

And you better believe when I consider a mother-in-law, I think of someone who takes it upon herself to drop off a behemoth-sized pan of individually wrapped pizza burgers to my door just because she knows the family’s been under the weather and she wants to lend a hand.

If only Hollywood understood that THIS representation of a mother-in-law is one that would actually resonate with me. This gentler, selfless, always-there-for-you version would speak to my heart so much more.

Probably because it’s the version I’ve been blessed with.

And because it’s the version I eventually aspire to be.”

This story was submitted to Love What Matters by Erin Eddy of Wooden Spoons and Brown Paper. Submit your own story here and be sure to subscribe to our free email newsletter for our best stories, and YouTube for our best videos.