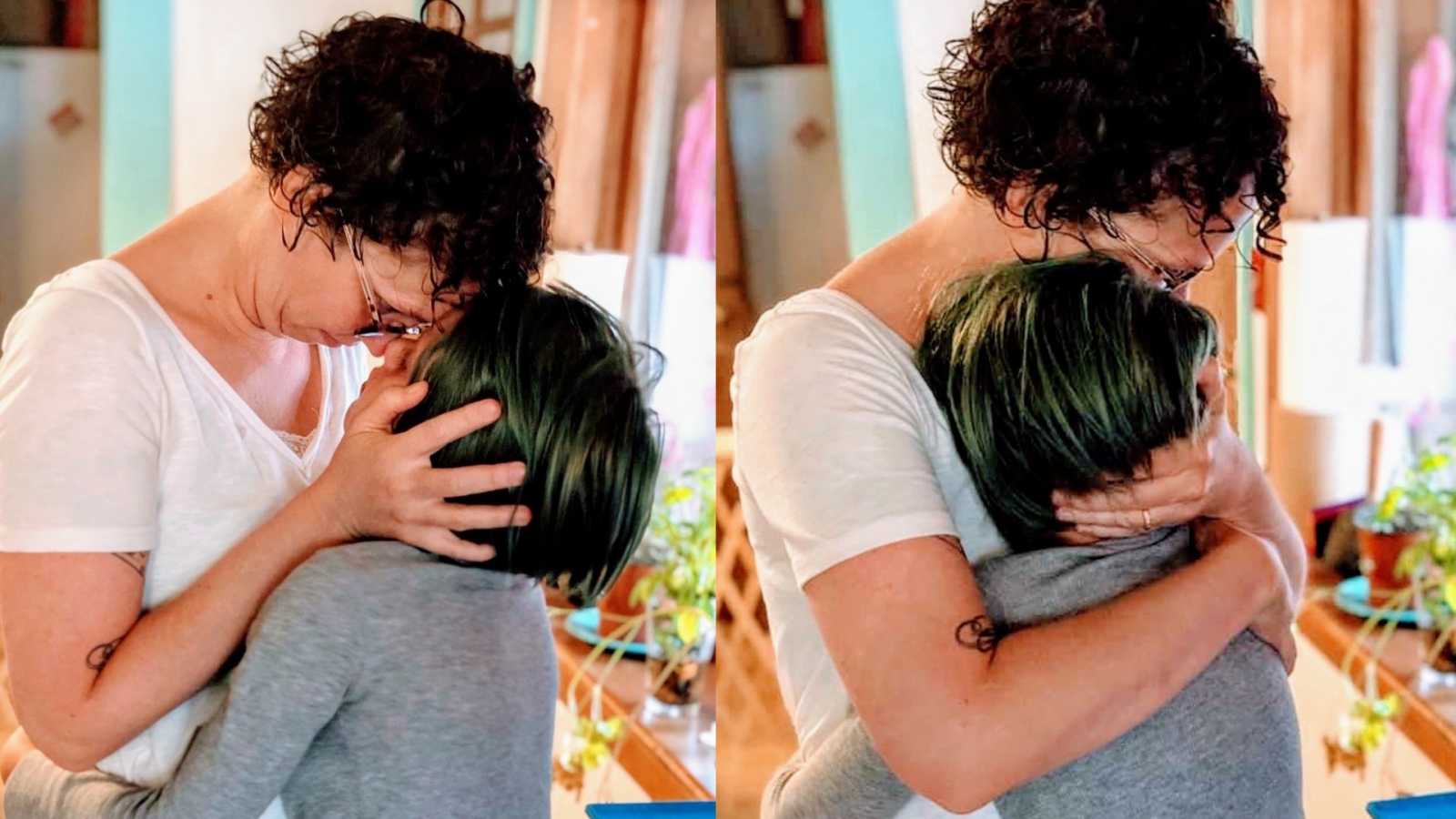 “When our children ‘act out’ or ‘misbehave’ or are ‘being difficult’ or are ‘moody’ or ‘rebellious’ or ‘defiant’ or whatever you want to call it, it really is them processing something they lack the skills to handle and talk about, or unsure how to express, or do not feel safe to explain. Adults do this too, but our society has less tolerance for it from children. What tends to happen is to shame the child, ignore them, berate them, lecture them, and punish them. All of which create even more barriers for them to communicate.

Our 9 year old fourth grader had been very helpful getting ready for some company. Up first, she got started unloading the dishwasher and we were chatting as I got started on making the meal. It was special and she was in a good mood.

But within an hour she was obviously unhappy. Still being helpful, even mopping the floor a second time when I pointed out some missed spots, she had grown quiet and snippy towards everyone. I wondered what was up. There had been a bit of conflict between her and an older sister about something, but they had resolved it well and moved on. I assumed it was still bugging her.

An hour and a half into things, just before our guests arrived, there had been mini conflicts between her and everyone else. She was explosive and mean. Even her footsteps made everyone give her a wide berth. I asked her if she knew why she was grumpy, she snapped that she wasn’t grumpy. Realizing my mistake, I apologized for telling her what she felt instead of asking her what she felt. Requesting a do-over, I asked her if she wanted to talk about anything. She growled that it was nothing. I gently reminded her that I wouldn’t let her treat anyone meanly and she needed to be sure she was communicating with love and respect.

For the next 10 minutes, I told her any time I saw her that I love her and that she could tell me anything. Every time she told me she was fine. Which is definitely code for ‘I’m not fine but don’t know what I want to do with it yet.’

Out friends were due in 10 minutes when we passed each other again. Tension and angst radiated from her; every family member had asked what was wrong. It was going to be hard to miss the negative vibe. Her daddy suggested we no longer ask and just give her space. When we passed again, I stopped and asked her if she would like a hug. She paused without looking at me and we both waited in limbo while she processed her own needs. Almost reluctantly, she said ok and moved closer. I wrapped my arms around her, kissed her head, and told her I love her. Her arms tightened around me. I decided to go on, telling her she is special and important to me and I care about her feelings. Nothing will make me stop loving you, I told her, and the world is a better place with you in it. She buried her face in me and I reminded her once again that she could tell me anything and because she is important to me, I want to know how she is feeling and what is the matter when something was bothering her.

We stood there quietly and then her words came in a rush. She was jealous that her sisters had friends they got to see and have play dates with and she doesn’t. That our friends coming today have kids that are friends of her sisters’ but not really her friends. That she was upset because her friends never seem to have time for her and can never get together.

It wasn’t what I thought it was, but it wasn’t a surprise. All summer and most of the previous school year, she has struggled in her friendships. Her sisters have many friends, her friendship circle is much smaller. Extremely loyal, she makes one or two good friends and then shuts down friendship opportunities with others and both her friends had left her school last year and she didn’t really make new friends. This summer, their schedule was packed, and she’s hardly seen them.

My heart ached for her. Still does. I hate this for her, friendship struggles are so difficult. She is friendly and pretty outgoing but fiercely loyal, she doesn’t get very close to many. She can play with anyone she meets at the park or pool without issue, but she deeply values close friendship with just one or two people.

In the moment as I held I her, I decided not to offer any solutions. I wasn’t sure I had any anyway. What I could do was care about how she was feeling, validate her pain, hold space for her to process, and support her in working through it. This wasn’t mine to fix, it was mine to support.

I don’t know how long we stood there in the kitchen, but I was back at the stove cooking when our friends walked in. We had laughed over how tight she was squeezing me, and I would appreciate still being able to breathe when we hug. She had gone off to get some space, rejoining the group shortly in a much better place, full of smiles, jokes, and interesting stories.

Her behavior was frustrating but none of it was ever about her behavior. It was always about her pain.

Because behavior is communication.”

This story was submitted to Love What Matters by Jessica and Jeremy Martin-Weber of Beyond Moi. The article originally appeared here. Submit your story here, and be sure to subscribe to our best love stories here.

‘Started class with this check-in today and I’m so glad I did. It’s easy to misinterpret behavior and its cause.’

‘Our beautifully ‘normal’-looking child just cussed us out and threw a chair. That isn’t your fault any more than it’s mine, or his really. He isn’t a problem, but he is HAVING a problem.’

‘I witnessed adults rolling their eyes at the kids, pointing at their outfits, judging, disapproving. ‘Their parents must be so proud.’: Millennial mom argues she doesn’t see entitlement in this ‘younger generation’