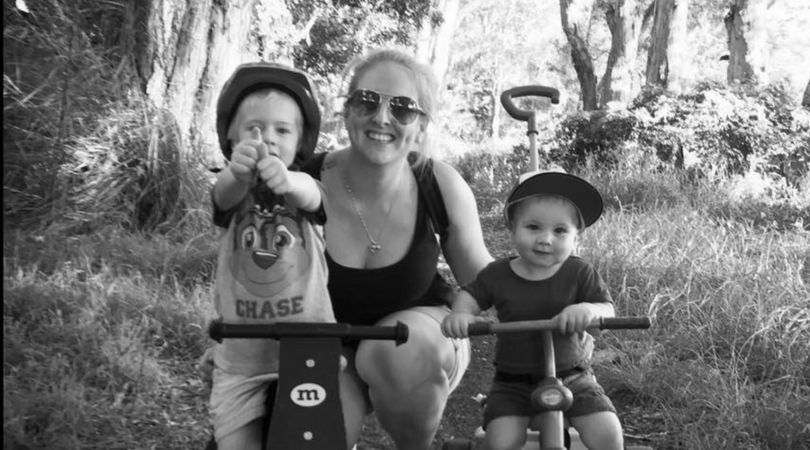 “Her camera roll tells the story of their lives.

They eat, play, roll around, see friends, pat animals, bath, wear jammies, play with dad, read books… and once the day’s over she snaps them while they sleep. She’s captured it all in 24,000 photos of our family in less than one year.

But barely any of them have her in it.

So I’m trying to get better at suggesting photo opportunities and I’ve started taking them more often. She pretends it’s an inconvenience at the time and that it doesn’t matter but I always bust her going through my phone afterwards to see if they’re nice. Sometimes she deletes them because they completely suck but she’s always happy I tried.

Well I snapped this one the other day. I thought it was nice. A few hours later it appeared as my new phone background which I don’t even know how to change so I know she thinks the same.

This is how she wants to be remembered. Just a pretty lady with some happy little boys.

Be proud of your family. Take more photos.”