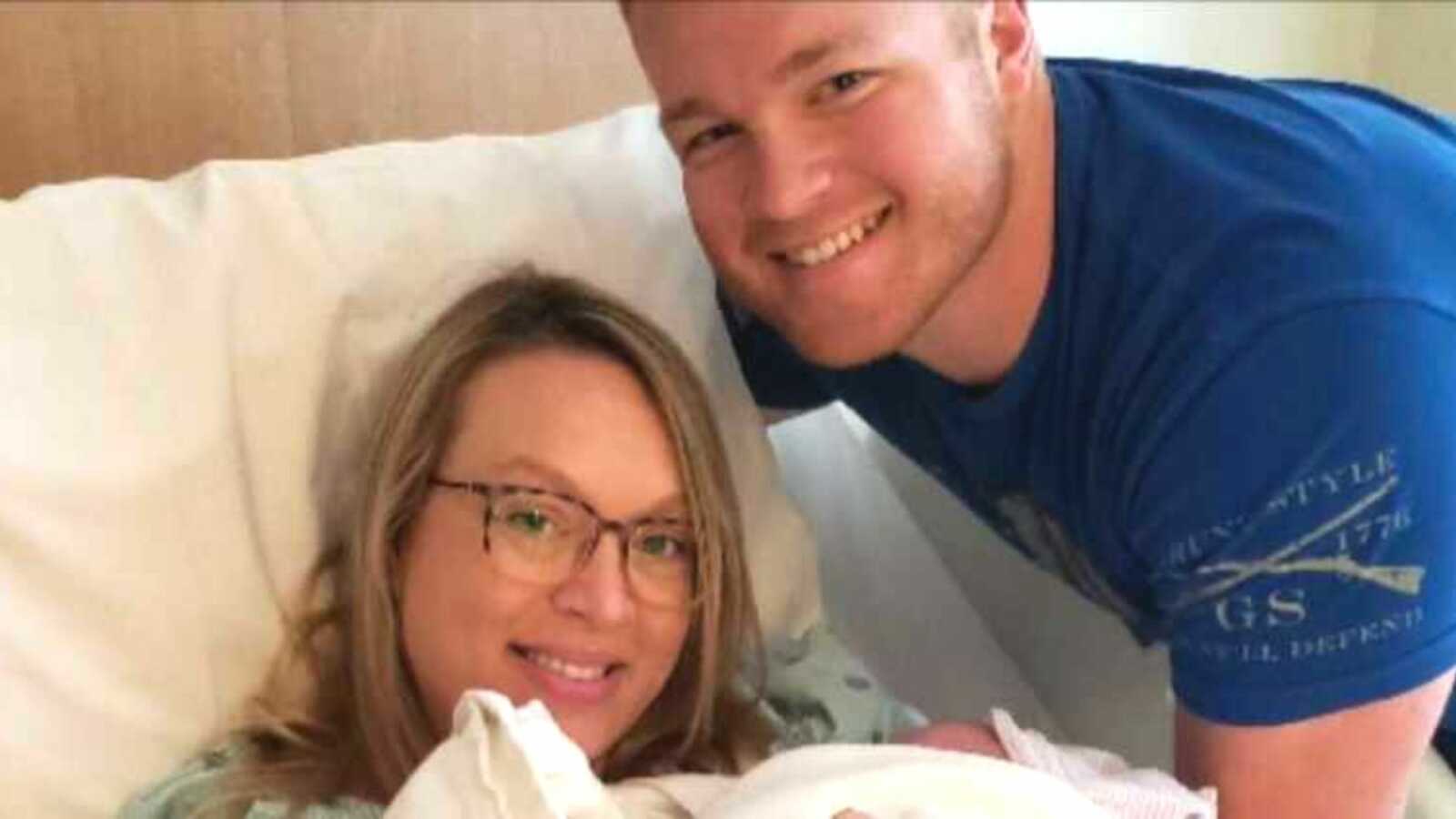 In 2019, Sgt. Seth Craven eagerly awaited his flight home from Afghanistan so he could be there for the birth of his first child.

Scheduled to have a cesarean section that upcoming Friday at 5:30 a.m., his wife Julie was ready to have him home. Seth had just enough time to get back to Charleston, West Virginia… that is until obstacle after obstacle threatened to ruin everything.

Everything started off smoothly as Seth arrived in Philadelphia on Monday with plans to fly directly home on Wednesday. But strong storms caused the flight to get canceled.

Still not too far off schedule, he boarded the delayed flight Thursday morning. Seth and the other passengers waited and waited for the plane to take off, only to be told there was another delay due to maintenance. The wait was supposed to be short.

“They just kept pushing it and pushing it,” Seth said. “If they had canceled from the beginning, I would have found a way home somehow. It would have given me more time to figure stuff out.”

Seth’s last bit of hope dwindled when he found out there weren’t any rental cars left. Stuck at the airport and defeated, he waited around with the other stranded passengers. He started talking to the others, and word quickly spread of his predicament.

Soon enough, the right person heard his story: Charlene Vickers, programs director for AmeriHealth Caritas Partnership. She and some colleagues were on their way to a work event in Charleston. Like Seth, they were facing a time crunch, but unlike Seth, they had a car.

Determined to get Seth back to his wife in time, Charlene approached him and they chatted for a bit. It didn’t take her long to extend him the most generous offer.

According to Seth, she told him, “I’m getting to West Virginia tonight, come hell or high water. So are you willing to join this crazy party of ours?”

Beyond grateful for this complete stranger’s act of kindness, Seth left his suitcases on the plane and hopped into the last available seat in Charlene’s car.

And so their eight-hour journey began! You might imagine such a long ride with strangers would be awkward, but they clicked immediately, making the stressful drive a lot better.

Meanwhile, Julie was back at the hospital, hoping and praying that her husband would make it in time. Seth had mentally prepared her for the possibility that he wouldn’t make it, but with Charlene’s help, she had hope again, even if he was a little late.

Just as Charlene’s offer was miraculous, so was this determined group’s timing. They arrived a little after midnight, mere hours before Julie’s surgery.

“He came in and pretty much fell to his knees, put his head on my belly, put his hands around my belly, and was in tears,” she said. “And I thought, ‘Thank God you’re finally here. We’ll be able to do this together.’”

Seth and Julie’s son Cooper was born that Friday morning at 9 pounds, 8 ounces, and he was totally healthy!

“Everybody tells you how important that is [being there for your baby’s birth] and how big of a deal that is and you don’t understand until you’re there in that moment,” Seth said.

Needless to say, Seth and Julie couldn’t thank Charlene enough for her incredible act of kindness.

“Luckily we had a healthy little boy and mom’s healthy. If it wasn’t for Charlene I never would have made it,” Seth said. “All she wanted in return was pictures of the baby.”

Seth and Julie have continued to keep in touch with Charlene to this day, and their story is still restoring people’s faith in humanity. In 2020, they were even invited on “The Kelly Clarkson Show,” where Charlene met Julie and Cooper in person for the first time.

“Thank you. I mean, you’re an angel,” Julie said. “You literally changed our lives with this moment. For me and Seth both to be able to experience this — he’s my best friend, I love him more than anything … it’s a bigger moment than you realize until you’re in it. It’s something you never want to miss.”

What an incredible way to help a family out in their time of need!