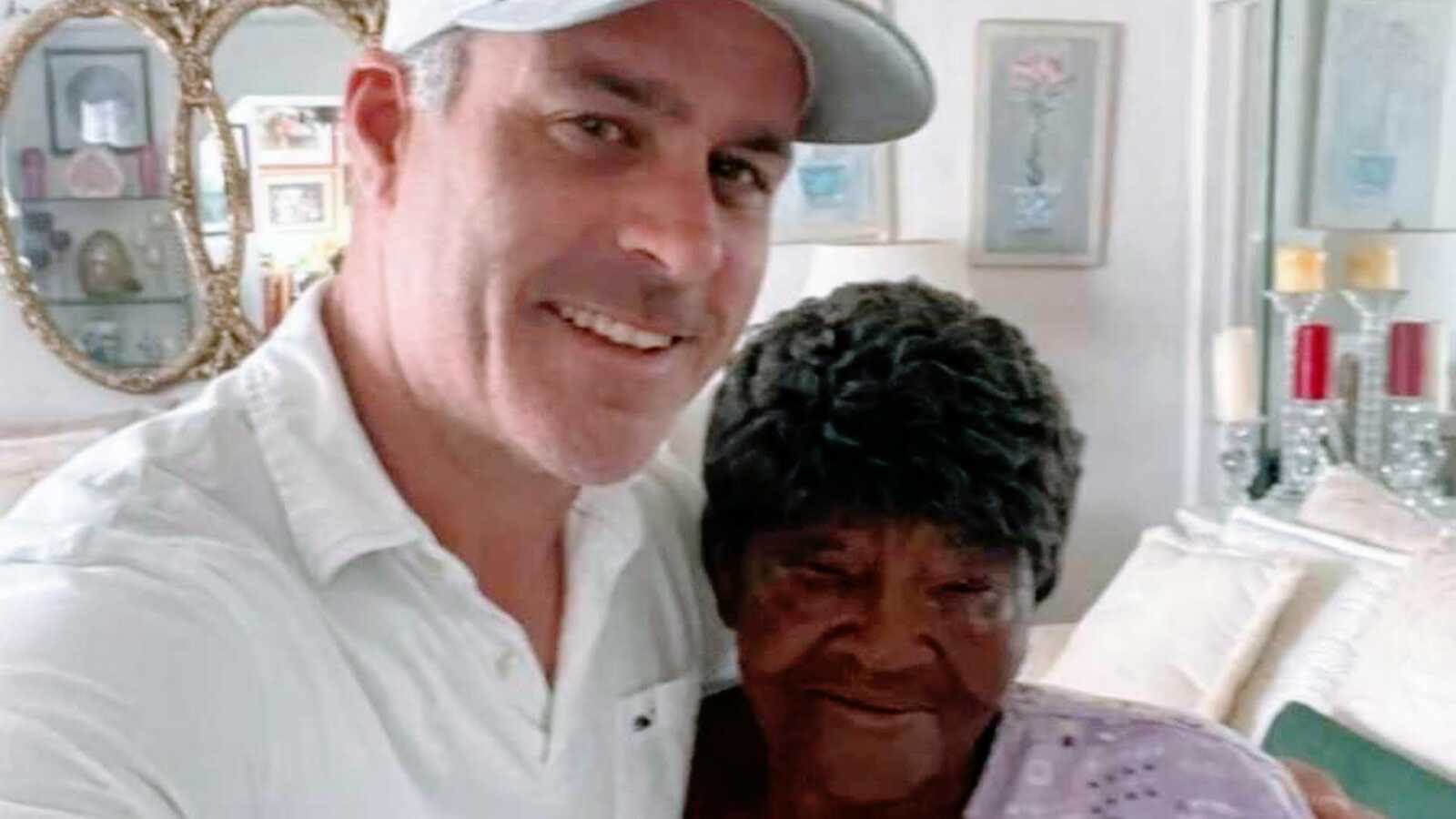 About 20 years ago, Mike Moffitt’s Nokia flip phone began to ring. When he answered it, he heard the voice of a woman he didn’t know.

The caller was Gladys, who lives in Delray Beach, Florida. She was trying to call her sister, but she mixed up the area codes. Instead of dialing Maryland’s 410, she punched in Rhode Island’s 401. After she called and hung up a few times over the next few days and months, Mike decided to strike up a conversation.

“Finally I just grabbed it and said, ‘Wait wait wait, before you go, who are you, where are you from, what are you trying to do? And we started talking,” Mike recalled.

Mike learned that Gladys was having a rough time lately. She had just gotten divorced and one of her sons had died.

For the next 20 years, Mike and Gladys exchanged occasional phone calls. They became as close as family. Gladys’s son even called Mike once to let him know that someone close to her had died.

“He was like, ‘My mom just wanted me to call and let you know,’” Mike remembered. “All of a sudden [our relationship] became not like a superficial check-in call … I understood what it meant to her.”

When Mike decided to take a trip to Florida with his wife and kids over Thanksgiving, he decided to surprise Gladys with their first in-person meeting. He showed up at her door with a bouquet of flowers, and Gladys’s daughter showed him into the house.

“I just walked in and I said, ‘I’m Mike from Rhode Island,’ and she just threw her hands up and said ‘I’m blessed,’” he said.

The two friends enjoyed a short visit, and Gladys said it was “the happiest Thanksgiving there was.” She also said she wished more people would reach out and be friendly to a stranger like Mike did all those years ago.

Mike shared a photo of their meeting on Facebook, writing, “There are incredible people in this world that are a wrong number phone call away.” A great reminder to us all!

‘God sent me an angel!’: 96-year-old demands to speak to sheriff for sweetest reason

‘I got out and did a double-take as soon as I heard his voice.’: Luke Bryan goes into ‘dad mode,’ fixes mom’s tire on side of road