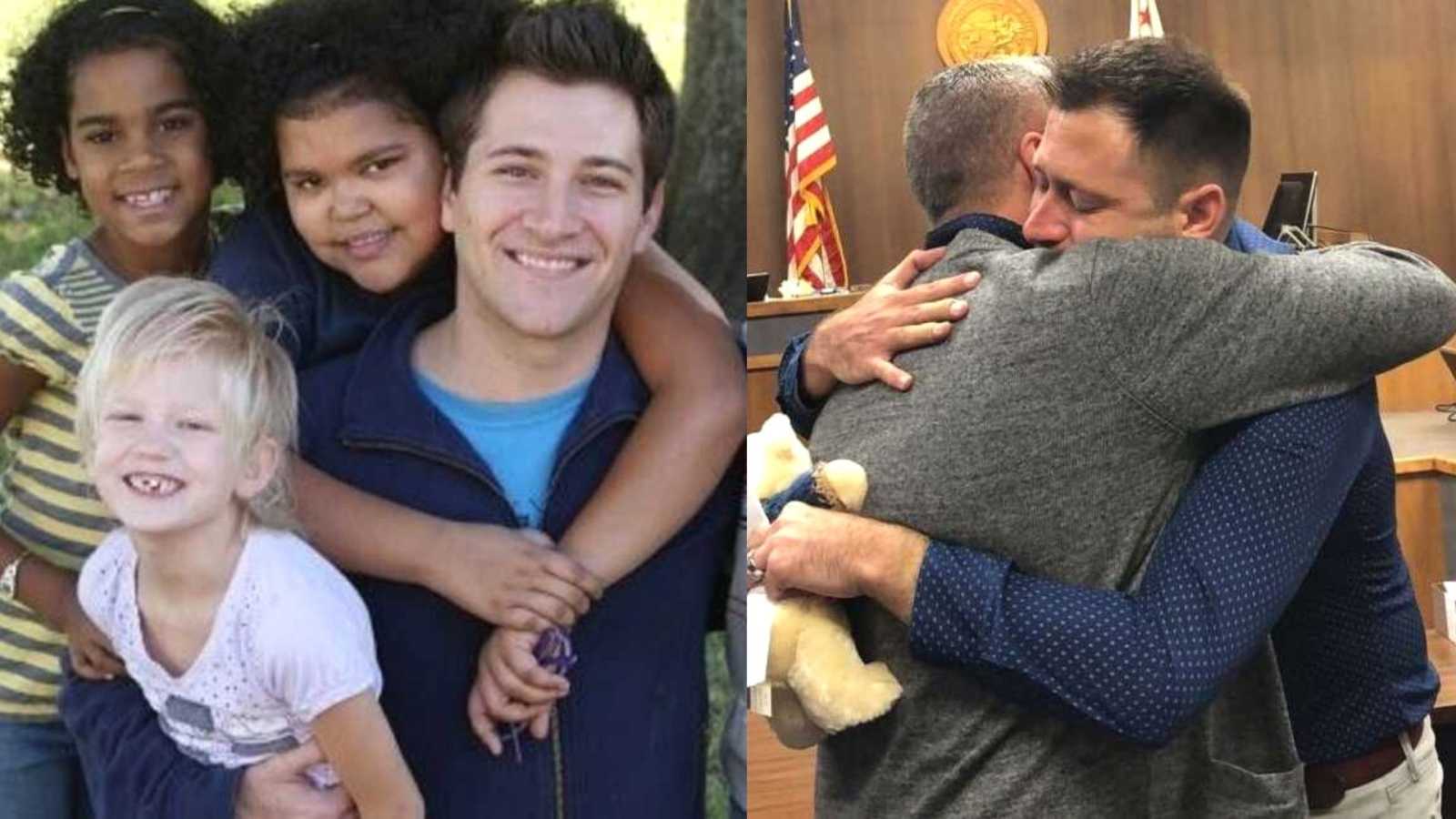 “After too many years in the foster care system and being placed in 24 different homes, Dale came into our home and became our family. However, when Dale moved in, so did his past hurts and experiences… his trauma and disappointments. It was met with our inadequacies as parents and our misguided attempts at knowing how to raise a teenager. In the midst of it all though, there was love.

As a young boy, he was transferred into the care of other family members. During the time he was in their care he was subjected to the most horrifying forms of abuse on every level: physical, emotional, and sexual. Eventually Dale was placed into foster care and began the process over several years of being moved from home to home.

After living in 24 different foster homes he had simply had enough. He was 16 and requested to be placed into a transitional housing program where he could live on his own. It was in this time frame that I met Dale. I had no idea that this mannerly teen had any challenges and certainly was not prepared for the backstory I would come to learn through the course of that conversation.

My husband, Steve, and I were a young married couple, busy serving in full-time ministry and raising four little ones, all under the age of four, that we had adopted. I was not prepared for a casual conversation that started with me saying to Dale, ‘So tell me about yourself,’ to completely wreck me (in the best way) and to literally change the entire course of my life. But, I knew as I was sitting there listening to him that I would never be the same.

There was, quite frankly, no way that I could go home to a huge house with fully furnished bedrooms that contained empty beds and simply be okay with this kid being on his own. So I went home and for the next two days I just cried. I knew the Lord was doing a work in my heart, stripping away preconceived ideas and notions of what I thought a family should be, calming fears I had about bringing a teenager into my home that had been so severely abused, placing a resolve so deep in my core that I knew, I KNEW, that although there would be challenges… we would also be so richly blessed for taking the risk.

Steve and I spent several weeks having Dale over for dinner, which progressed into him coming to stay with us on weekends. He was just one of us right from the start. I don’t know any other way to say it.  We just knew he belonged with us. We invited him to move in. There was no hesitation on his part and we rushed to his tiny apartment to pack up his few belongings. What an exciting time that was, also paired with a lot of adjustments and changes!

Initially Dale wanted to be home all the time to help with his new siblings. I started reminding him that he was a kid and needed to have some fun. I had to almost force him to go hang out with his friends.The first time he was late for curfew I reprimanded him, but was secretly pumped about it, because I knew he was beginning to feel more at home and to trust that this was all real.

I was stunned though, when he came down the stairs from his room with his bags packed. He thought that because he had gotten into trouble that we would want him to leave. That was quite the conversation, convincing him that the thought of him leaving had not even crossed my mind. I was floored that he had packed his bags and he was equally floored when I sent him upstairs to unpack.  There were so many lessons to be learned, but also lots of laughs and good times.  Sprinkled through it all were a tremendous amount of mistakes and extremely challenging seasons.

In the years that followed Dale would graduate high school, go off to college, come home from college, then leave again. He married his high school sweetheart and had two children with her. After several years Dale revealed that he was gay. Then came the divorce. Through all of this there were periods of unity within our family and there were years of estrangements on and off. Dale was misdiagnosed with a mental illness and given incorrect medications, which exacerbated the situation. Eventually he was correctly diagnosed with Complex PTSD and was able to enter an inpatient facility where he could get in-depth help. Dale has worked hard in his therapies and has made tremendous progress and life changes. During this time he met a young man named Justin, and they were eventually married in 2015. Through it all our goal was to love Dale unconditionally. It was always my hope and prayer that wherever he was, that deep down, he knew we loved him and would always be there for him.

Early last year, my daughter Emma reached out to Dale in an email. It had been a couple of years since we had heard from him. After some positive exchanges between the two of them, Dale felt ready to reach out. The next morning I woke up to the most sincere text message. I had been waiting and praying for this moment for quite some time. Within a few days we were able to schedule a marathon phone call and spend hours getting caught up. There are 3,000 miles between us, so we had to settle for a call. We have spent the last year enjoying spending as much time together as possible. New memories being made and laughs being shared.

Last July, Steve and I sat down with Dale and Justin. We began the adoption conversation with Dale, remembering how on the evening of his high school graduation so many years ago we had asked him if he would like to be adopted. We shared with Dale that this was something that had been hanging over our heads since that day. We also reminded him that he was our son regardless of a piece of paper. We wanted him to know that if he no longer desired to be adopted that we respected that decision fully.  However, if he did still want to be adopted that it would be our great joy to make that happen. Dale made it clear that he had still been waiting all of these years to be officially adopted.

In January we flew Dale and Justin to California to visit, make tons of memories, and to legally adopt Dale. It is with total gratitude that I reflect on our 17 year journey together. It is with full confidence that I can look to the past, present, and the future… knowing that God’s timing is perfect. It is with humility that I embrace my role, keenly aware that God entrusted and allowed me to be ‘Mom’ to such a special person. I am blessed beyond measure and extremely proud to announce that FINALLY, on January 29, 2018, we adopted our son, Dale Kiefer-Perrault. At 33 years old and after a lifetime of waiting, Dale was able to take our name, and also able to replace his birth certificate. No longer will his parents be listed as ‘The State of Florida,’ but our names will be added instead.

It’s been a long road, but we are all so thankful for the journey. Every bit of it has been our privilege to navigate. To be clear… we brought nothing to the table other than our willingness to say ‘yes.’ Our contributions were our inadequacies, our failures, our misguided attempts as young parents to raise a teenager with trauma… we did not have a clue. But the key was love. There was always love. It has been messy and more difficult than I could have ever imagined… but it has also been SO worth it. The hurts and challenges easily take a back seat to the countless joys and victories. Adoption is a gift regardless of age.

This story was submitted to Love What Matters by Michelle Kiefer, 44, of Fairfield, California. Submit your story here.

‘This boy is never going to be up for adoption. Don’t get too attached.’ It was too late. I was in love with him.’: Foster mom fights for her adoption journey, ‘This is what I waited for, prayed for’