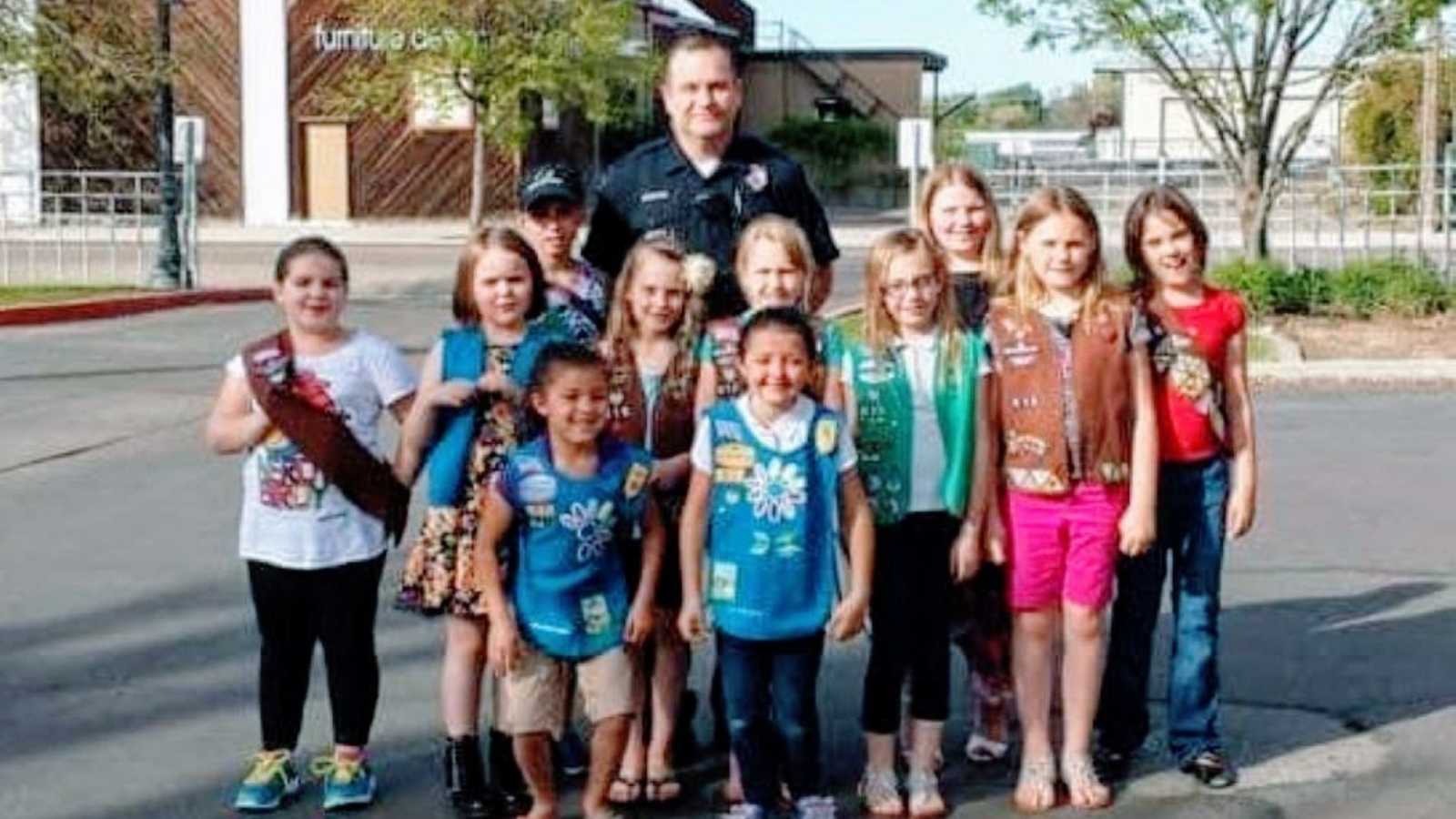 “You have to realize something about this picture.

This picture was posted by the police department on April 27, 2016 after my late husband Chad had given these sweet Girl Scouts a tour of the station.

I imagine how that tour went to be honest. I’m guessing they learned a lot. I’m sure they got to mess around with stuff he showed them and probably got away with playing with stuff they weren’t supposed to.

I’ll bet he locked them in the holding cell and made a joke about it. He probably let them set off the sirens. I wouldn’t even doubt he let them talk on the radio.

I am sure they left full of stories and delight and giddy from all the things they got to see and do and be part of.

And I’m sure they left hand in hand with their parents, telling them about the nice officer they met who made their day.

But what they wouldn’t tell them, because they didn’t know, was that nice officer was dying when he took that picture with them.

They didn’t know as he stood there smiling, his organs were being attacked by tumors. They didn’t know his lungs, his kidneys, his stomach, his spleen, his spine, his shoulders, his thighs, his intestines, his abdomen – all of it was covered in cancer.

They didn’t know how much pain he was in.

They didn’t know they were the last tour he would ever give.

They didn’t know he would stop working a month later.

And, they didn’t know he would die in just fifty eight days.

But he did. He knew he was dying. He knew he didn’t have much time. He knew the seriousness of his situation. He knew these girls were not much younger than his own little beauty and I’m positive he thought about her that day, just like he did every day.

And he did it without complaining, or feeling sorry for himself, or giving up.

If you need some motivation right now, friends, let this be it.

Keep showing up. Keep doing the right thing. Keep laughing. Keeping being you. Just keep on keeping on.”

‘I kept repeating, ‘This can’t be real!’ My deceased husband’s badge number kept showing up in places it shouldn’t have.’: Widow gets countless ‘winks’ from late husband, ‘It’s the most beautiful, comforting thing in the world’

‘He whispered, ‘You are not alone,’ and cradled this stranger in his arms as she took her last breath. Chad, too, was dying.’: Widow details police officer’s kindness during final weeks of life

‘Don’t kill your baby!’ they screamed. ‘My baby is DYING. He is going to SUFFOCATE.’ They never bothered to think of what it was like.’: Woman explains importance of reproductive freedom

“They were calling me a murderer, even when it meant ignoring all the medical professionals and simply allowing myself to die along with Finley. My soul was on fire. And I was angry. No one owes you their story. But I am giving you mine in the hopes it opens your eyes.” 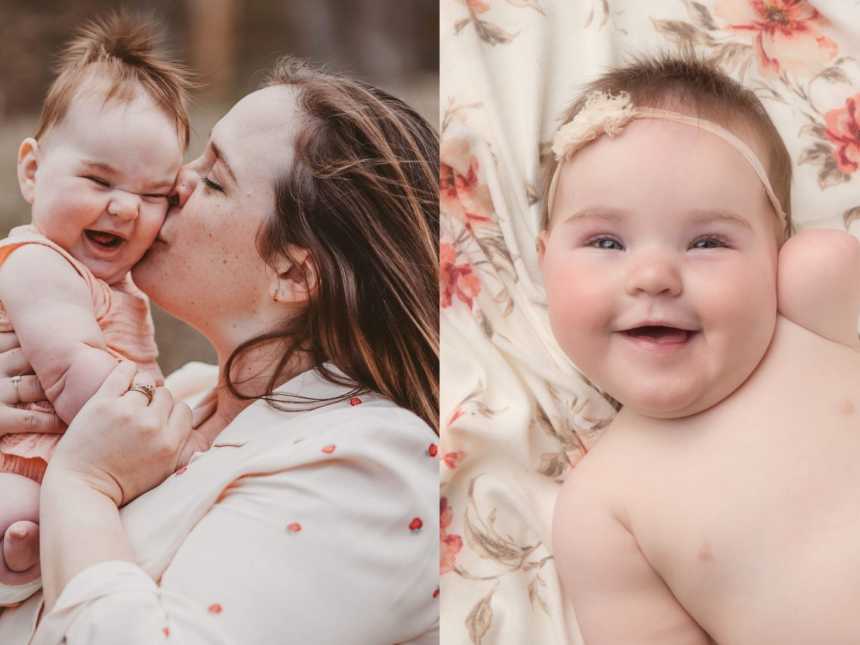