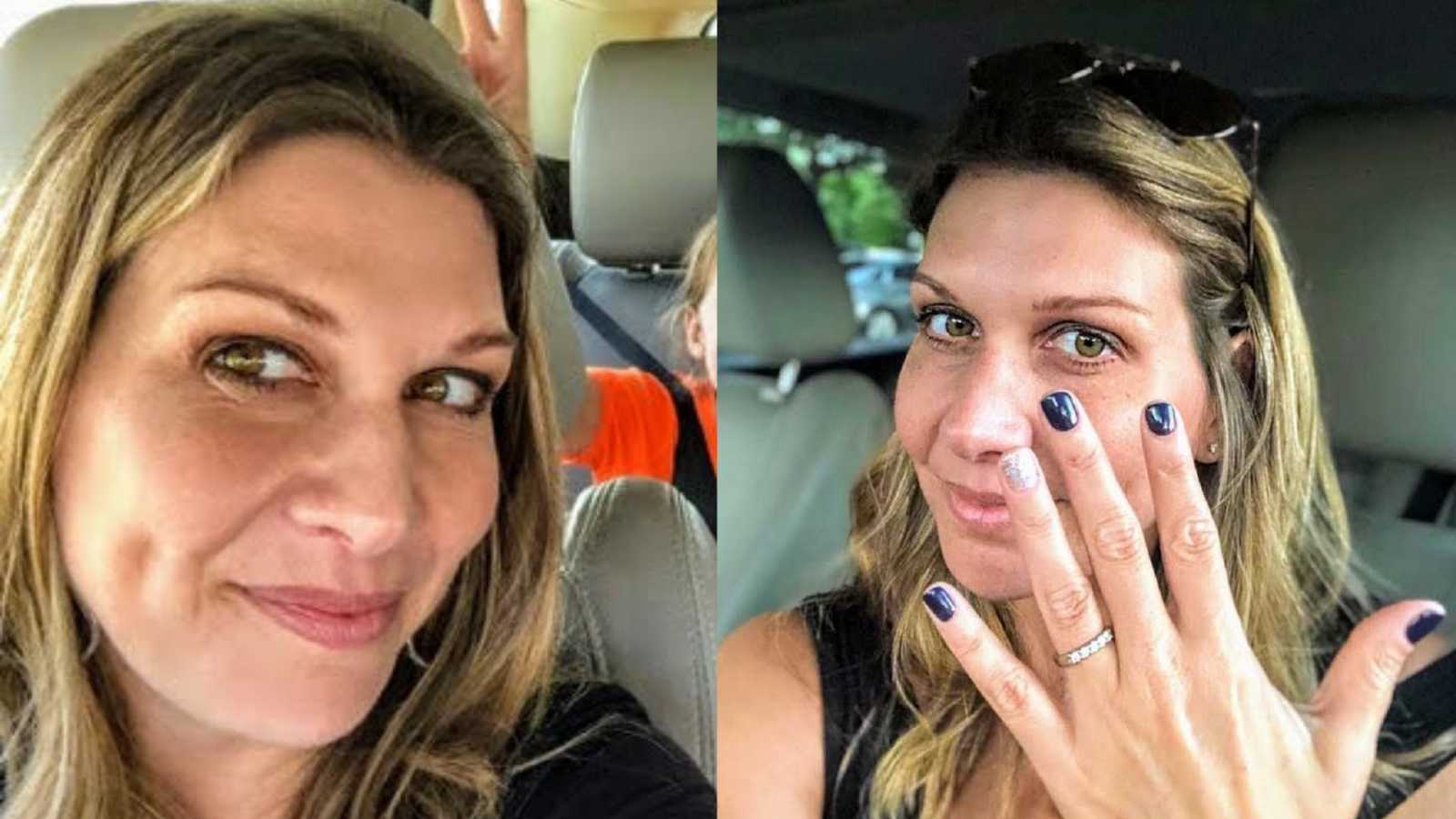 “I was at the grocery today with the kids when I probably said a little too loudly, NOT in my nice mom voice, ‘You know I love you very much, but you’re REALLY annoying me today.’

Right then a young couple walked by, presumably with no kids because the man uttered, ‘Well, that was brutally honest.’

To which I replied with a sickening sweet smile, ‘Well, they ARE being brutally annoying.’

And of course a lovely elderly woman strolled by and chimed in, ‘They grow up fast…you’re going to miss this someday.’

Really? REALLY? You think I’m going to miss being tortured by two kids in a grocery store someday?

After they fought alllllll morning and had their water guns thrown away because they wouldn’t stop shooting each other in the eyes. Not to mention one was grounded for an hour, and I had to rip them apart not once, but twice prior to the produce aisle because they couldn’t keep their hands off of each other!

I promise, I won’t miss THIS part of motherhood. And I really think people need to be a little more supportive and a little less critical of mothers, especially in stores.

Of course we love them, they are hilarious, sweet, loving, adorable, and fun to be around. But sometimes they act like a**hats and we lose it. And it’s OK to not love every part of motherhood.

It’s OK to not want to read that same book again tonight.

It’s OK to lock yourself in your room and binge watch The Great British Baking Show.

It’s OK to run out after the grocery store and leave your kids with your husband because you need an hour of alone time at the nail salon.

And it’s totally OK to tell your kids they’re being annoying in Publix when you’ve already broken up 19 fights before you got to the store, and they are STILL wrestling like bear cubs while you’re trying to shuck corn!

What’s not OK is to judge another mother or say something to her that isn’t helpful when she’s clearly at the end of her rope.

So, if you see someone like me someday in public and think, ‘She’s really on edge.’ Maybe, I don’t know…offer her encouragement.

But please spare us the side eyes, glares, and snide comments. We are doing the best we can – and sometimes kids need a dose of reality from the person that loves them the fiercest.

Also my gel manicure was lovely and now I’m ready to go home and snuggle.

As long as they still aren’t being annoying.”

‘I tiptoed into my daughter’s room to play tooth fairy. I saw a note from her big sister. ‘Why do fairy’s not show themselves? Could you please take a selfie? My iPad is in the room. Swipe right!’

‘I get it – she wants to fit in, but she’s NINE’: Mom disagrees with daughter over length of shorts