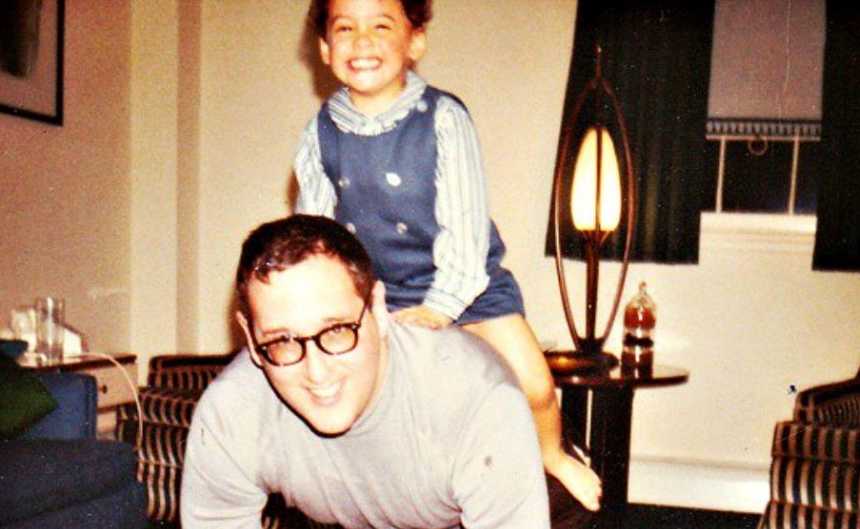 When I was a kid, I thought my dad was a superhero. He was the biggest guy I had ever seen. I grew up watching a lot of cartoons. Speed Racer, Spiderman, Scooby Doo, and the Flintstones were daily favorites. But nothing could compare with “the world’s four greatest heroes,” The Superfriends, that came on every Saturday morning. I saw my dad on the same level as Batman, Superman, Wonder Woman, and Aquaman. He was so strong and it seemed like he could do anything. He could hit a golf ball a mile and swim the length of the pool underwater without coming up for air. He could pick up both of my sisters and me at one time, tickle us, and throw us around like a rag dolls. He gave the best hugs.

I grew up to learn that he was mortal and had faults, too. He didn’t take care of himself. He struggled with his weight. And like many men of his generation, he didn’t know how to handle his emotions. After I graduated from college, I had the privilege to work with him for seven years. Over that time span, I learned that he also possessed some truly special abilities. He was exceedingly generous with everyone in his extended family. He savored great food and was a wonderful boss to his employees. Every person who knew him considered him easy-going and big-hearted. When he passed away in 1994, he left a huge gap in my life and his absence was felt far beyond our family.

I became a father a few years later and I found myself completely out of my element. I felt like a fumbling mortal, a diaper-changing imposter, light years from a superhero. (Years later I would learn that I was doing a lot of things right. I just didn’t notice or give myself credit for being a good dad.) I was scared of screwing up the simplest tasks like feeding my kids and keeping them safe.

Caught up in feeling helpless, I almost missed what was right in front of me: the amazing time I was having with my wife and kids. When it was my turn to keep my son occupied before dinner, we would get lost in play. My wife and I would laugh hysterically over the random, silly things our kids would do. There were so many of those unexpected, hilarious moments. And there was something so tender and beautiful about our kids’ dependence on us for everything. I miss every one of those times when my daughter’s little face would turn up to mine to ask for juice.

Over time, I learned to savor those precious parenting moments. I learned about mindfulness and started to put a little distance between me and my self-doubt, making things a bit easier. But then I took a leap forward in the last few years.

I was already a grateful person, I loved learning, and I always found creative outlets but I never saw myself this way. I didn’t see thankfulness, curiosity, or creativity as strengths that I could use every day. But when I decided to take this survey, I made the choice to focus my energy on using my personal character strengths. Seeking opportunities to use these powers every day made me happier. After a while, I felt like I was living a comic book origin story.

My character strengths were like superpowers that were always inside me. Using them on purpose created an upward spiral in my life, leading me to make real connections with new people and take the chance to ask that extra question that I used to hold back. I started to say “yes” more and worry less. I spread gratitude around to old friends and new. I learned how to get out of my own way. And others in my life returned my positivity, deepening my friendships. My superpowers gave me the courage to step outside my comfort zone.

Then I started to teach parents how I learned to laugh more and yell less, encouraging them to find their superpowers. Flexing those muscles, they found the courage to “go out on a limb” and make stuff happen. And the best part was that their kids were watching.

“It’s hard to be the teacher if you stopped being the student,” my friend Jessi Sanfilippo told me. I couldn’t agree more! Sitting with my wife, listening to our son and daughter give speeches during their confirmation ceremonies, I realized that we had modeled courage and optimism as we leaned in to do the hard work to move our lives and careers forward. Our kids have seen how powerful our partnership is and learned that it was safe to take risks. I am proud to say that both of our kids are finding the courage to run for leadership positions, put in the effort to make connections and seek out mentors, and to chase their dreams. We have confidence that they are going to do great things in the future. But they will need to join forces with peers who want to lead, communicate, collaborate, and do what is necessary.

That’s why I am writing this call-to-action for parents. The future needs more kids to stand up for what’s right, who will show their character when no one is watching, and who have the tools to do their part to save the world.

Parents, write your own origin story. Put on your cape and fly around. That’s cool. But it’s not the end goal. Flex those muscles to show your kids that you can try and fail, find humor and connection anywhere you look, and risk being optimistic and open to possibilities. Be the superhero that your kids think you are. Find your superpowers and raise the kick-ass kids that the future is going to need.

This article was submitted to Love What Matters by Dr. Robert Zeitlin, a father, husband, Positive Psychologist, author of “Laugh More, Yell Less: A Guide to Raising Kick-Ass Kids,” and co-host of the podcast “I Am The Worst Parent Ever.” He helps parents with NO TIME learn how to be mindful.

SHARE this story on Facebook to show other parents how to be the superhero your kids need.