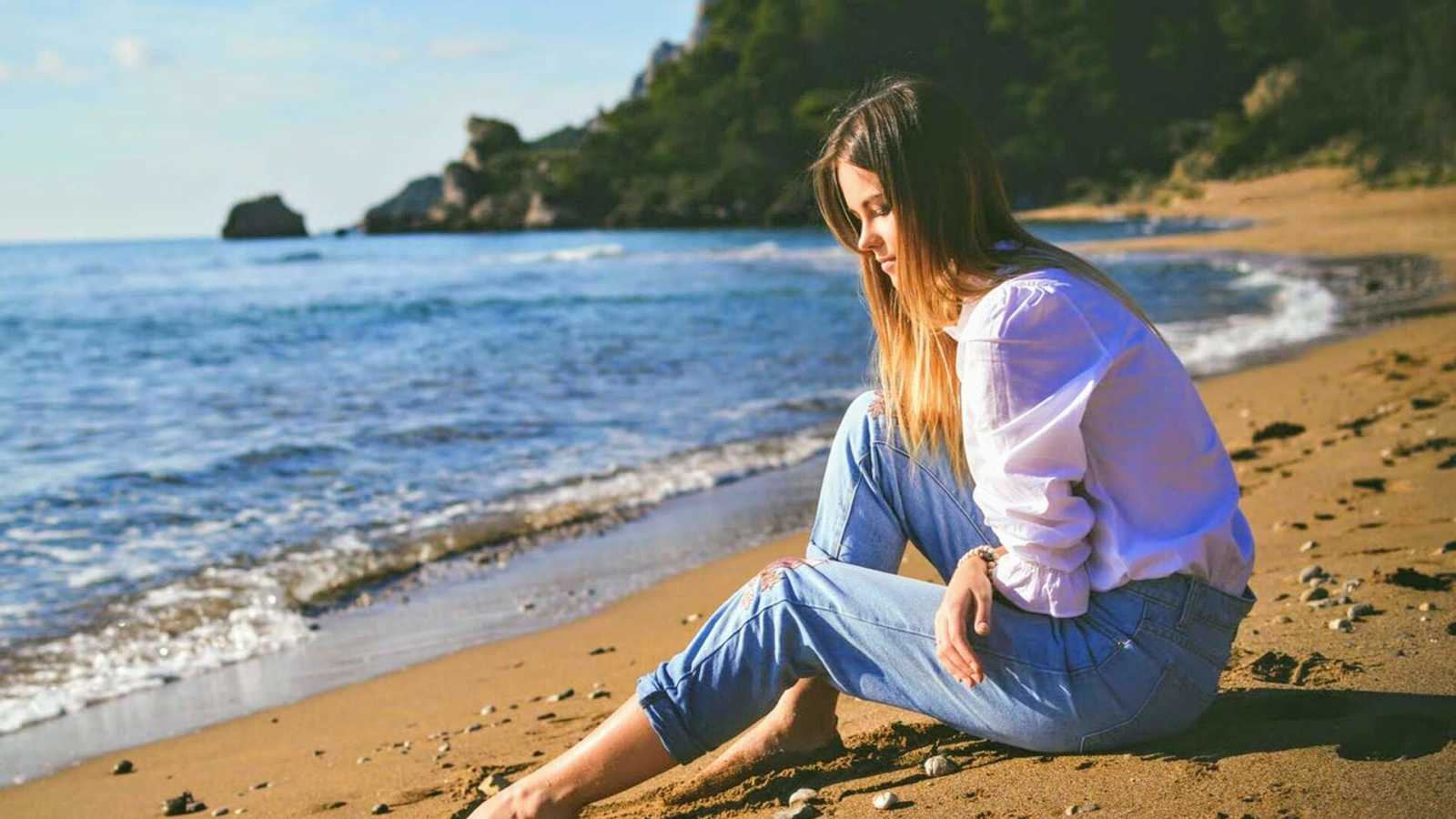 “My past, it’s dark. I don’t know how I made it. But the sun is slowly rising over the storm clouds…

Back to the beginning. I was born in the fall of 1990 in Uman, Ukraine. My parents divorced when my Mom was pregnant. My birth father tried to pressure her into an abortion, that didn’t work so he sent friends who tried to beat her up so that she’d miscarry. Somehow against all odds, I survived. I was born weighing 5 pounds to a single mother who lived hours away from family. I wasn’t born healthy, but I made a miraculous recovery. The first 2 years of my childhood were happy. Then my Mother met a man who was younger than her. He brought her flowers, even though she wasn’t too sure about him, she married him because he seemed to care about her. They got married when I was 2 years old. It was a few months before he started being abusive.

When I was 3 years old, he locked me by myself in a cellar. While I was the only child, he seemed to tolerate me. When I was 4 my Mom got pregnant with my sister and they moved to the United States. They had 7 more children. Our childhood was filled with abuse both physical, emotional, and mental. My stepdad was angry that my Mom was constantly pregnant, he told her to get an abortion more than once. The local church knew about the abuse, but no one did anything to intervene. According to the Pastors she should have obeyed her husband and been more submissive, that should solve the problem.

My step father beat me and my siblings. He put us down. I remember him hitting my sister on the head with a phone book when she was 2 years old. I remember jumping 6-foot fences as I ran away from him. Someone must have tipped off CPS because they started visiting our home, but after a few months of visits they closed the investigation. My mother and step-father prompted us on what to say to them so that the abuse wasn’t uncovered.

My mother finally left my step-father when I was 8. She had six kids and she was pregnant with twins. We left for Modesto, CA and stayed there for a few months in a homeless shelter. But of course, my step-father found her, made empty promises about changing. Under pressure from the local church, she returned home. After a few months the abuse started again. As a child I suffered from extreme anxiety and depression, my only escape from my life of torture was to read.

This is how I spent my childhood and teenage years. My brothers and sisters and I were abused and controlled in the name of Christianity.

When I was 18 years old, I met a boy. He seemed to be from a good conservative family. We were living in the Southern United States at this time. We had only dated for a few months when we started receiving pressure from my parents to marry. I didn’t know that at the time, but he was being pressured behind by my parents behind my back to get married as well. I was only 19 when we married.

When girls don’t have a father figure in their life and they’re not taught what to look for in a future spouse they get into bad situations. About a year after being married, I found out that my marriage wasn’t what it seemed like. My husband had molested his sister time after time, but this was hid from me. He was a sex addict who watched porn. Nothing that I did in bed was enough for him, I was never thin enough for him. I remember him buying me diet pills for my birthday. He mentioned that I had cellulite on our honeymoon.

I had a miscarriage about a year into our marriage. A month after the miscarriage I found out that he had been cheating. He had hired prostitutes off of Craigslist. He promised to change, didn’t want me to tell anyone. I stayed with him for another 3 years and kept all of this a secret from my family and friends. No one knew that I was suffering. He continued to cheat and had girlfriend that he was seeing. I finally had the courage to leave him.

I had been living on the East Coast but returned home when the divorce process started. When I moved back in with my parents the blame for my marriage falling apart fell on me. If I had gone to a specific church and had kids, he wouldn’t have cheated on me. I should have been a better Christian. All of this was said to me by my mother. I was ashamed of being divorced, I felt like my life was ruined. Who would want me now? I was angry at God for allowing this to happen to me after all of the abuse and torture that I had to endure.

Not having any support from family or friends, I made the worst mistake of my life. I met a guy and married him not too long after I met him. I was only 23 at the time. I saw the red flags but continued the relationship. I just wanted to be loved and accepted by someone. A few months after marrying him, his true colors came out. He stopped working, so I supported both of us. He spent his time gambling. He controlled where I went (he was of the Islamic faith) and what I wore. He would leave me for months at time and return home after I begged and cried. I put so much energy into trying to make that marriage work. This marriage continued for 3 years. I suffered emotional abuse; I was controlled. Towards the end of the 3 years I was a shell of who I used to be. I spent most of my days crying. I was suicidal and depressed. I tried to talk about this to my ex-husband, but he told me to go jump off of a bridge. He threatened that my family would be carried out in body bags if they showed up at ‘our’ house, a house which was in my name and I had purchased.

But this is where the redemption began. I don’t know how I got out of that darkness. I don’t know how I had the courage to leave. Jesus found me in my darkest time. He carried me out of there. It’s been about 1 ½ years since my s divorce. I am learning to love myself. I have finally started the healing process. I finally understand that I don’t have to live in shame because of my past and what had happened to me. I know that my past doesn’t define me, it prepared you for my future.

To all the women that our suffering and are currently in abusive relationships, please leave. Know your worth. You deserve more than that. Please don’t find your identity in a relationship or in how much a man loves you. Don’t allow yourself to become a victim of your circumstances, you are a survivor. You are a daughter of a King. He loves you; he has a plan for your life. Live in purpose, walk with Jesus. He won’t disappoint you or let you down. There is healing and there is hope. The process won’t be easy, but it’s what needs to be happen. You need to heal, or you will end up bleeding on those that did nothing to hurt you.

I hope that my story will bring someone hope.
If it’s not good, then God isn’t done yet.

The sun is rising.” 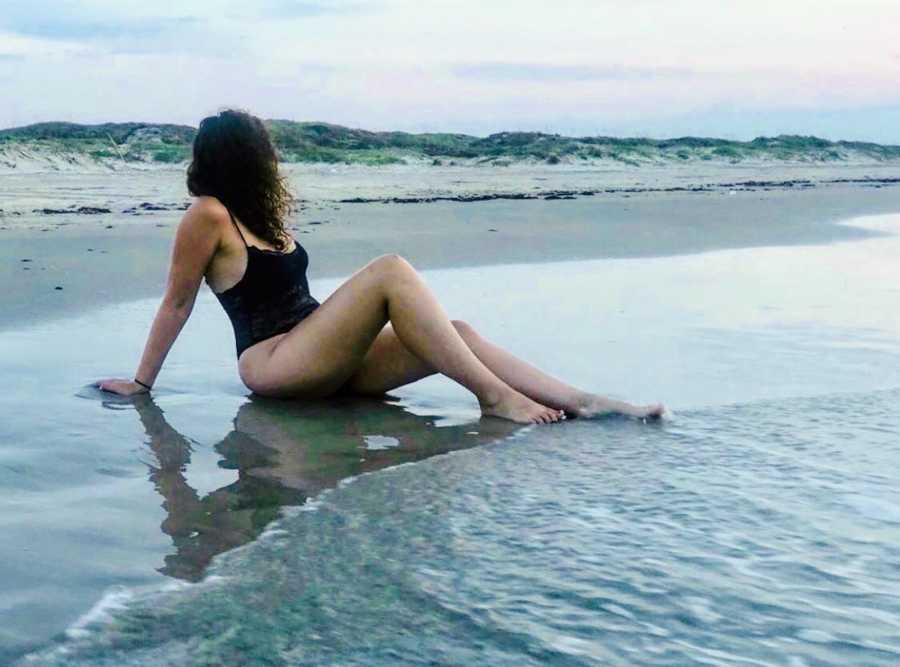 This story was submitted to Love What Matters by a woman who wishes to remain anonymous. Submit your own story here, and be sure to subscribe to our free email newsletter for our best stories.

‘You’re my wife which means you are my property now.’ My wedding day was when I realized I made a huge mistake.’: Woman overcomes rape, unwanted pregnancy to ultimately become ‘blessed’ as a mom

‘One drink, I had one drink and after that, I remember nothing. My virginity was taken before I was ready.’ Woman’s powerful story overcoming boyfriend’s sexual assault

‘On the night of our honeymoon, I saw the DARKER side of my husband. My heart was beating out of my chest. He crouched down and whispered in my ear, ‘You… are NOT going to tell me what to do.’ I felt instant regret.’ 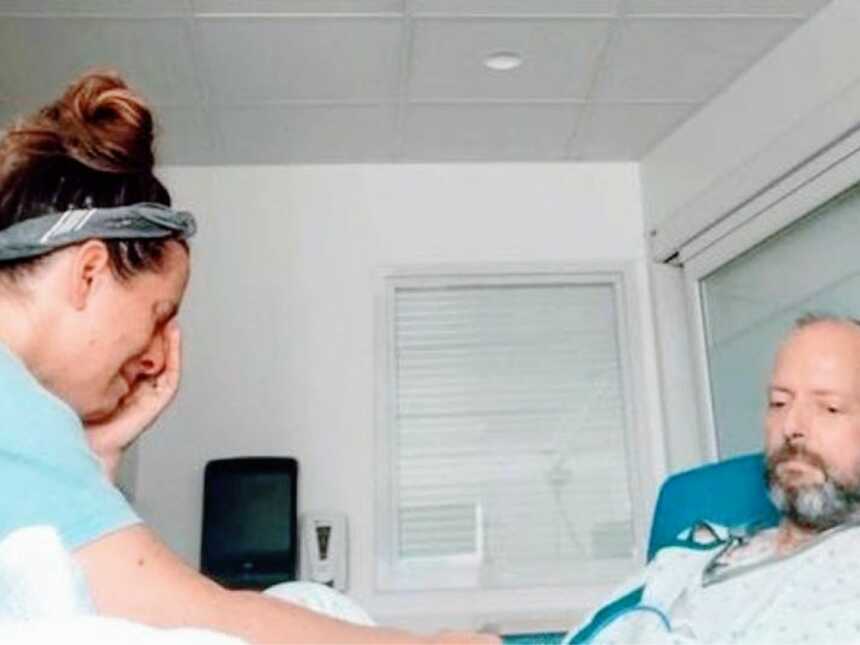