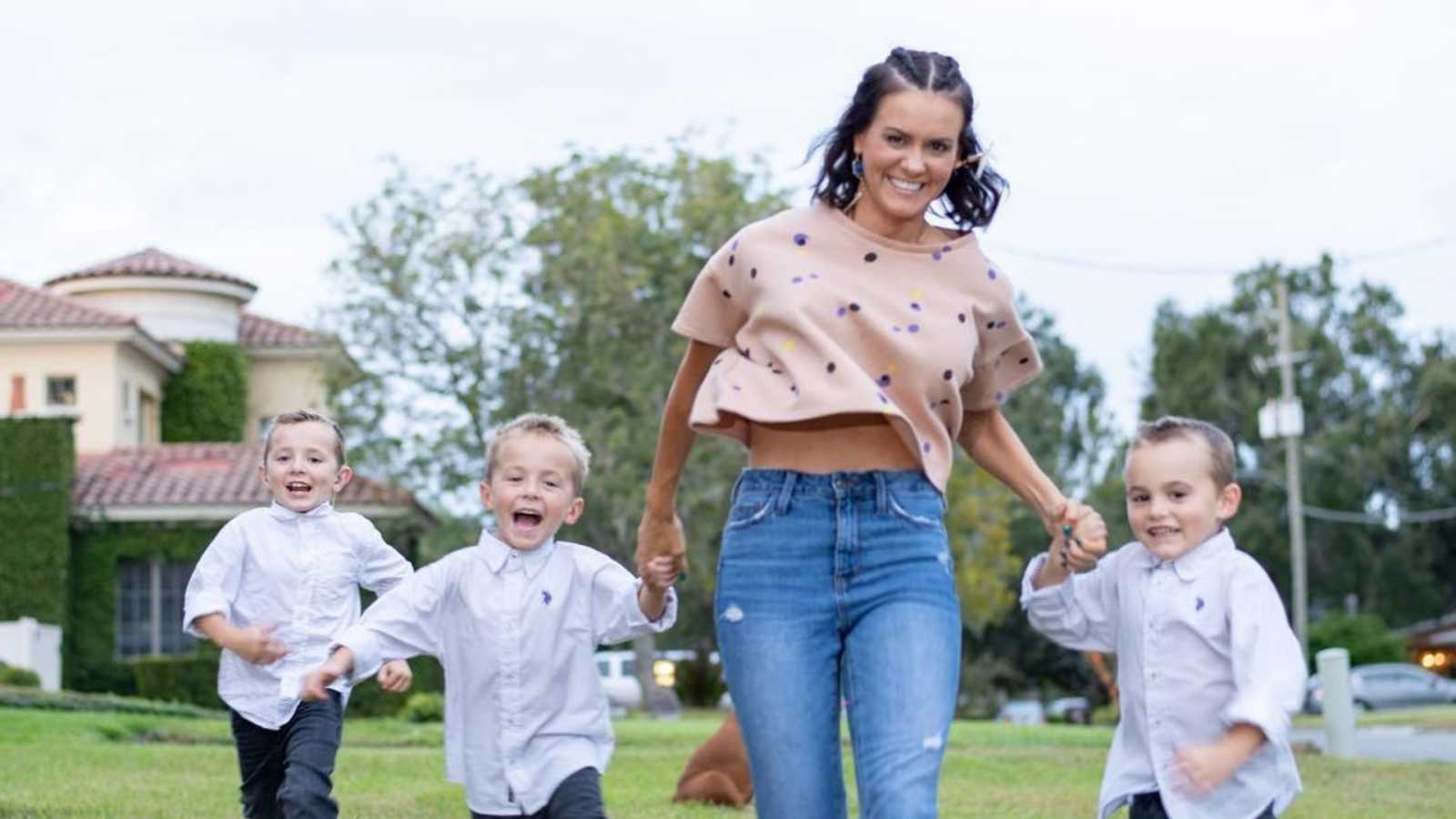 “She looked about 25, shaking with nerves or maybe alcohol. She kept her head down, hustled into the Church basement, and sat in an open chair in the back of the room. Her hands were firmly pressed under her legs to stop her from nervously biting her nails. She had shape-shifted herself to fit in the boxes everyone else had checked for her. She stared at the ground to avoid eye contact so they wouldn’t find out she was a fraud. She sat there, shoulders tight, hope lost, and in deep pain. She was desperate and out of control; there was no one else to please. She knew if she didn’t sit in that white plastic chair any chance of a life worth living would be gone. Forever.

My name is Melissa and I’m a recovering alcoholic. The truth? I just wanted to learn to drink like that lassy I envied. The one who would have a glass of wine and stay composed and act like a lady. I did it — I had become a solicitor! A lawyer! I had defied all the odds — life would be good now. Right? But it wasn’t.

I was working sunup to sundown followed by wine in the evenings (I deserved it, did I not?), always promising myself ‘just one glass,’ but never knowing when or how to stop. With my drinking came deep shame and guilt; I knew I had to stop. BUT HOW?

I was prepared for life to be over — the fun to be over, the laughter to be over. I knew the game was up. My soul could not take any more shame and guilt. After getting a few months of sobriety under my belt, the real fear of drinking subsided, and the illusion that life would be without challenges (the pink cloud was real) really went away. When we get sober, it is a commitment to do life on life’s terms and accept the responsibility for our actions. And, well, as you will see — life’s terms are not perfect, and I rarely choose the easy road. I had moved 4,000 miles away from Scotland where I grew up; I left my entire family and a thriving career, for a boy. Now, he would become the man I married 16 days after my 1-year sobriety date. A decade later, we are still married, and he is the only man I have ever loved.

A year after we married, I gave birth to our son Cannon. Another year later and I was pregnant with twin boys. Three kids under the age of 2. All boys! ‘I could do this,’ I thought! I had done hard things. I had gotten sober, moved away from everything and everyone I knew, I had been the first in an extended family to ever graduate college. I had what it took, right? My husband and I had always planned to adopt. Twins were not in the plan. ‘Congratulations, it’s twins!’ AND there they were — two sacks and two little blobs. The truth is, I cried. I cried when they said it was twins! Not one happy, glistening tear! These were not tears of JOY! I was excited to be pregnant again, but twins? I mean two newborns and a toddler? How?

I went back to work when Cannon was 4 weeks old! I had my own business! How would I work with 3 kids under the age of 2? I wasn’t one of those women who were like yes — two for one deal! N0, we wanted to adopt! My husband and I were having 2 biological kids and then adopting!

I spent most of my twin pregnancy as the martyr mom. I am not proud of that and I don’t recommend it, but it’s the truth. I would take Cannon to Disney all day on my days off at 37 weeks pregnant with twins! I went from 110 pounds to 198 and I would walk with him on my hip/belly. I would cry all night with the pain, but still the Martyr syndrome ran deep. I armed myself with a triple stroller (I would NOT be staying home) to be mobile. I did in fact travel 4,000 miles to Scotland solo later with these three kids, but that’s another story! Now, on to the next layer.

Every minute worldwide a family hears the words, ‘Your child has cancer.’ Our family’s minute began on April 19, 2013. The doctor walked in, sat on the chair right in front of us and said, ‘Cannon has stage 4 Neuroblastoma cancer all over his body, wrapped around all of his organs, in his clavicle, his hips, his leg, his feet.’ I was 38 weeks pregnant with our twin boys. Cannon, 20 months old, sat in the corner of the room in a crib. The only words I could get out, ‘He won’t die, right? He won’t die.’ And, as long as I live, I will never forget the doctor’s response, ’50/50 chance. He has a very hard, long battle ahead.’

On the first day of treatment, Cannon was in the ICU having intense chemotherapy with his dad while I was in my own room across a tunnel in a connecting hospital giving birth to his twin brothers. There began a 3.5-year battle with cancer. Cannon spent his 2nd birthday in the ICU after 5 days on life support in Memorial Sloan Kettering in NY, one of the many cities we would do treatment in to save our son.

One would imagine that when it comes to saving your child’s life, the opinions of others would diminish. Yet I found myself wanting the doctors to like me; I wanted them to think I was intelligent and pliable. I spent every waking hour studying the data, the clinical trials, the hospital institutions — I became savvy to the lingo, and fast.

One especially hard day Cannon was yet again in the ICU undergoing extremely painful treatment. Morphine couldn’t even touch his pain; he would scream and cry. His yelling my name in pain still haunts me. The doctor came in and told us they needed to stop the treatment; they told me that if he didn’t get every single ounce of it, he would die.

At that moment and every moment after, I gave up wrapping myself up at night in the cozy blanket of other people’s opinions while my soul slowly died. I stood up and I stood in front of the machine and I used my big girl voice. I was intelligent and while flexible, I was NO longer pliable. I was no longer going to be influenced by what people thought of me. Our son did in fact get all of that treatment. And later when the same doctor, we will call him Dr. G, called me an idiot for placing Cannon on another trial, I knew it was right for our boy.

That boy who was 20 months old with a 50/50 chance of living? I just dropped that badass off at school. He is now a proud public school 3rd grader. Because he is a warrior, and my husband and I decide what’s best for our son — not the media, public pressure, and certainly not a doctor who calls a mother an idiot.

I thought sobriety saved my life, and in many ways it did — I would never have the life I have today had I not gotten sober. 11 years later, when I look back at the moment standing in front of Dr. G, I know giving up the opinions of others is what saved me and ultimately our son. Life is hard. But life teaches us we can do hard things. Give up the illusion of a problem-free life, embrace the challenges and lean in with all you have to the pain and the fear when it comes. It too comes with lessons.

If I were to live in the, ‘When my house construction is finished, when the kids are all back in school, when the adoption is completed — THEN I will be happy’ space, I am missing the point. I don’t want to miss the point.

What’s the point? Well, I guess happiness is the easy answer… but I am not a fan of easy. The point is, we get two kinds of hard things: those we choose and those that life gives us. It is my experience that those hard things we choose prepare us for what life has in store. So, I choose to do the hard things, have hard conversations, stand up and use my voice. I choose to cultivate courage within myself and in my family. The result is happiness. The result is unending love, and a quiet knowing that at the end of the day I am listening to my own soul.”

This story was submitted to Love What Matters by Melissa Wiggins of Orlando, FL. You can follow her journey on her Instagram, Facebook, and Cannonball Kids’ Cancer Facebook. Submit your own story here, and be sure to subscribe to our free email newsletter for our best stories, and YouTube for our best videos.

‘My life’s over and I’m expecting a baby!’ I fell asleep behind the wheel and didn’t remember crashing.’: Woman gets sober after almost losing her daughter, says struggles were ‘worth it’ in the end 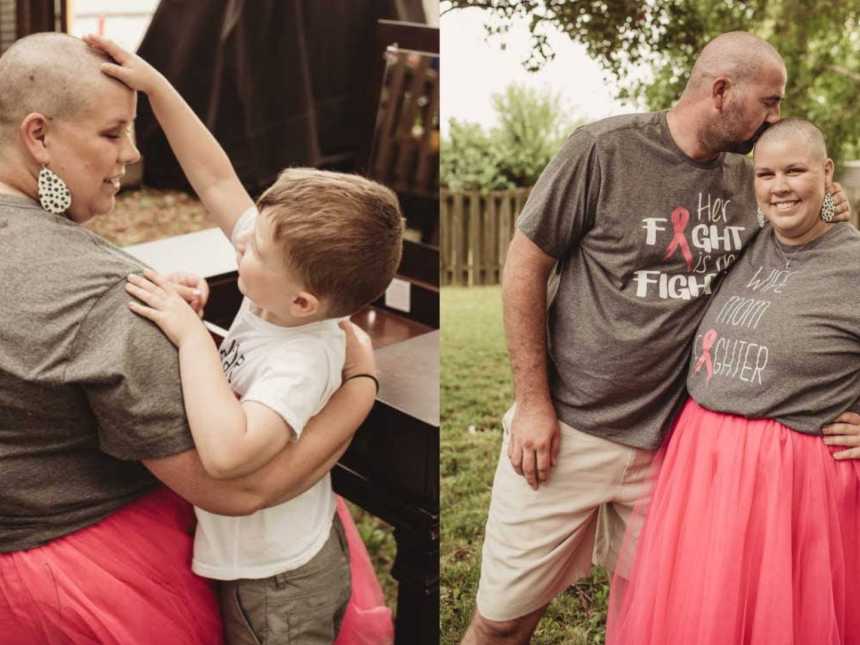 ‘My mommy has a sick boobie.’ The technician looked confused. I was mortified. ‘You don’t have to pay.’: Mom diagnosed with cancer during pandemic thanks community for acts of ‘kindness’

“‘I just want to be here for my boys.’ At barely 30 years old, I was diagnosed in the middle of a pandemic. We immediately started receiving packages in the mail.”