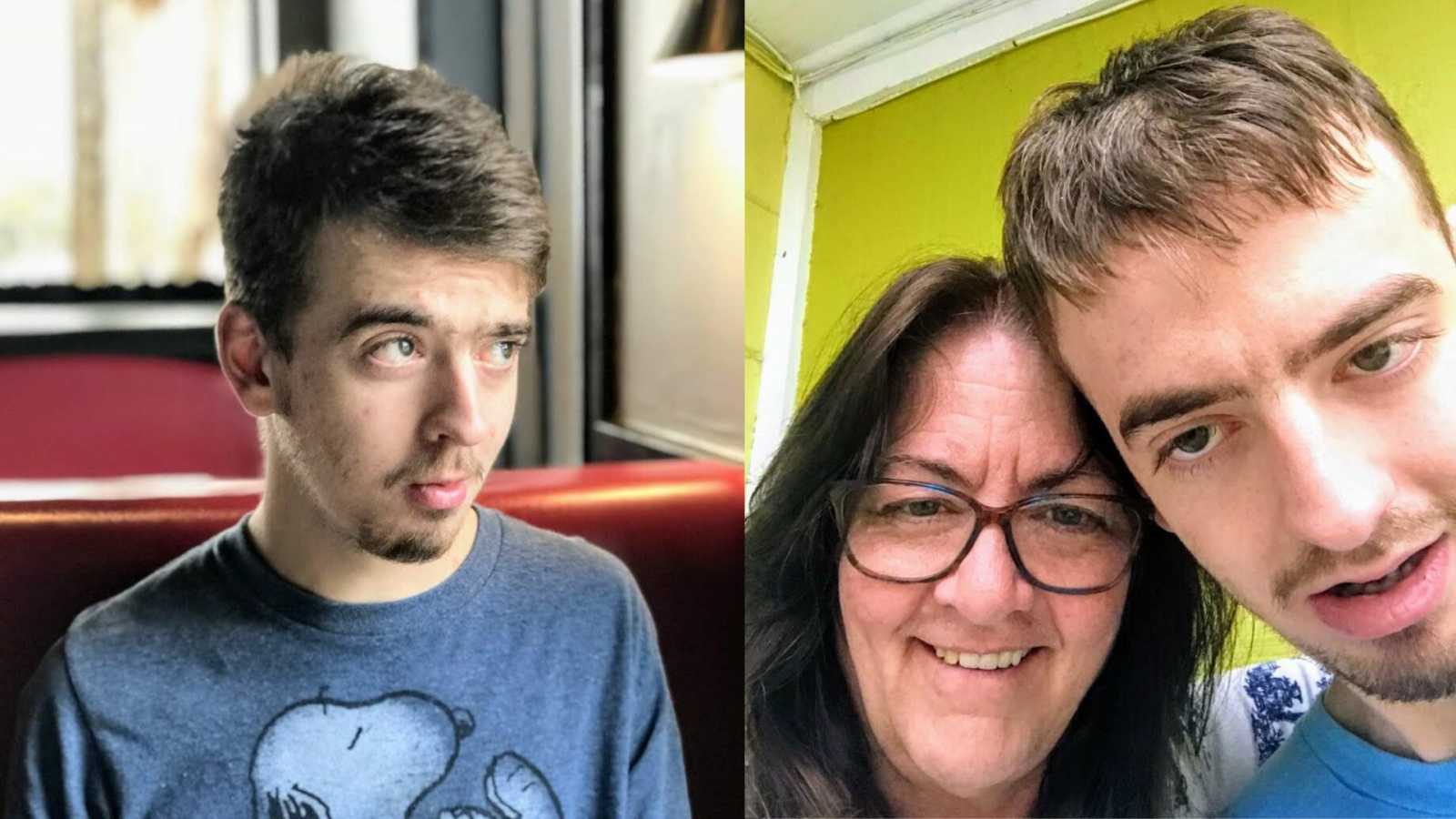 “Our journey with David began when I turned 40 years old. I was informed by doctor’s that I would ‘never have children.’ Well, they were wrong. And so began David’s miraculous life!

The first few years of David’s life were incredible. He met all his milestones and was a much loved and spoiled only child. At the age between 3 and 4, things changed drastically. We noticed our precious child slipping away. His speech, which had been somewhat limited, was now gone. His fine motor skills slipped away, never to return. His walking became labored.

We saw doctor after doctor and were advised to simply ‘wait it out.’ Time and time again we were reminded that boys developed later. That he was an only child and would talked later. Still, this didn’t explain why he was losing skills. In fact, they refused to believe he had all these skills previously, only to lose them.

It took 6 different doctors before we got the final diagnosis: severe regression autism. The next several years were full of doctors. Specialists. Therapists. So many therapists. We tried virtually everything and nothing worked. David was classified by doctors as a non-responder. He was also diagnosed with severe immunodeficiency, meaning his body lacked the ability to fight off infectious disease and cancer. He would have to be homeschooled.

At the age of 9, things worsened. David developed seizures, further complicating matters. David was to never have friends his own due to his hospital homebound status. He never had a birthday party with children his own age. His outings outside the home were severely limited. Even though David was much adored and mommy and daddy’s best friend, I knew he was lonely. How could he not be?

His grandma was one of his best friends and lived with us in her later years after suffering from a stroke. She passed in the month of December back in 2017. Still, David continued to be an extremely loving, innocent, and precious child. We continually prayed for him. That, somehow, David could find the friends he so badly wanted.

Well, the years passed. Life moved on. He recently turned 21. One day, as I was sitting in our living room, David approached me with a curious look on his face. Now, keep in mind, he is entirely non-verbal and has been his whole life. I could see he was struggling. Then, he spoke.

The words came in the form of a question. He looked at me and said, ‘Could someone like me?’ I was floored. Completely in tears. I took to my Twitter page. I only had a few followers, mainly fellow parents like me. I never in a million years expected the response to this simple tweet.

My 21 year old autistic son has no communication skills. Today he asked me his first question ever. It was. “Would someone like me?” pic.twitter.com/vw1DMQN9s8

My phone EXPLODED with notifications. I received a call from Buzzfeed and the BBC saying they wanted to do a story on the viral tweet about David. They had to explain to me that viral, in this instance, was a good thing. I had no idea.

Since then, David has received love and well wishes from all over the world. Offers of friends. Gifts. Offers of trips. Cards and letters arrived daily. So did the well wishes on my Twitter page. I read every one of them to David. Then, I would ask, ‘Do you want me to reply and thank them?’ I explained to him this would take time. David doesn’t care. With David, everyone matters. No one gets left out.

The messages continue to this day. David is a different child because of this outpouring of love. We are amazed and will never be able to thank everyone for this outpouring of affection. But David will try. He doesn’t believe in leaving anyone out. We all matter and he loves you all!

I, as his mom, realized how many incredible wonderful loving people are out there. I also realize how many children there are like David. Alone. Lonely. Struggling. If you know someone like David, please reach out. A little gesture means so much to our children and could be the lifeline they need to keep going. As a mom, I thank you all from the bottom of my heart for the love shown to my precious child.

Our special children all deserve this love. God bless you all!”

This story was submitted to Love What Matters by Kerry Bloch of Neptune Beach, Florida. You can follow her son David’s journey on Facebook. Submit your story here, and be sure to subscribe to our free email newsletter for our best stories.

‘As a mom, you just KNOW. Something didn’t feel right. Cars zipped by on the busy street. I trembled as we made our way to the front of the building. We were only a few steps away. I wanted to run, but I didn’t.’