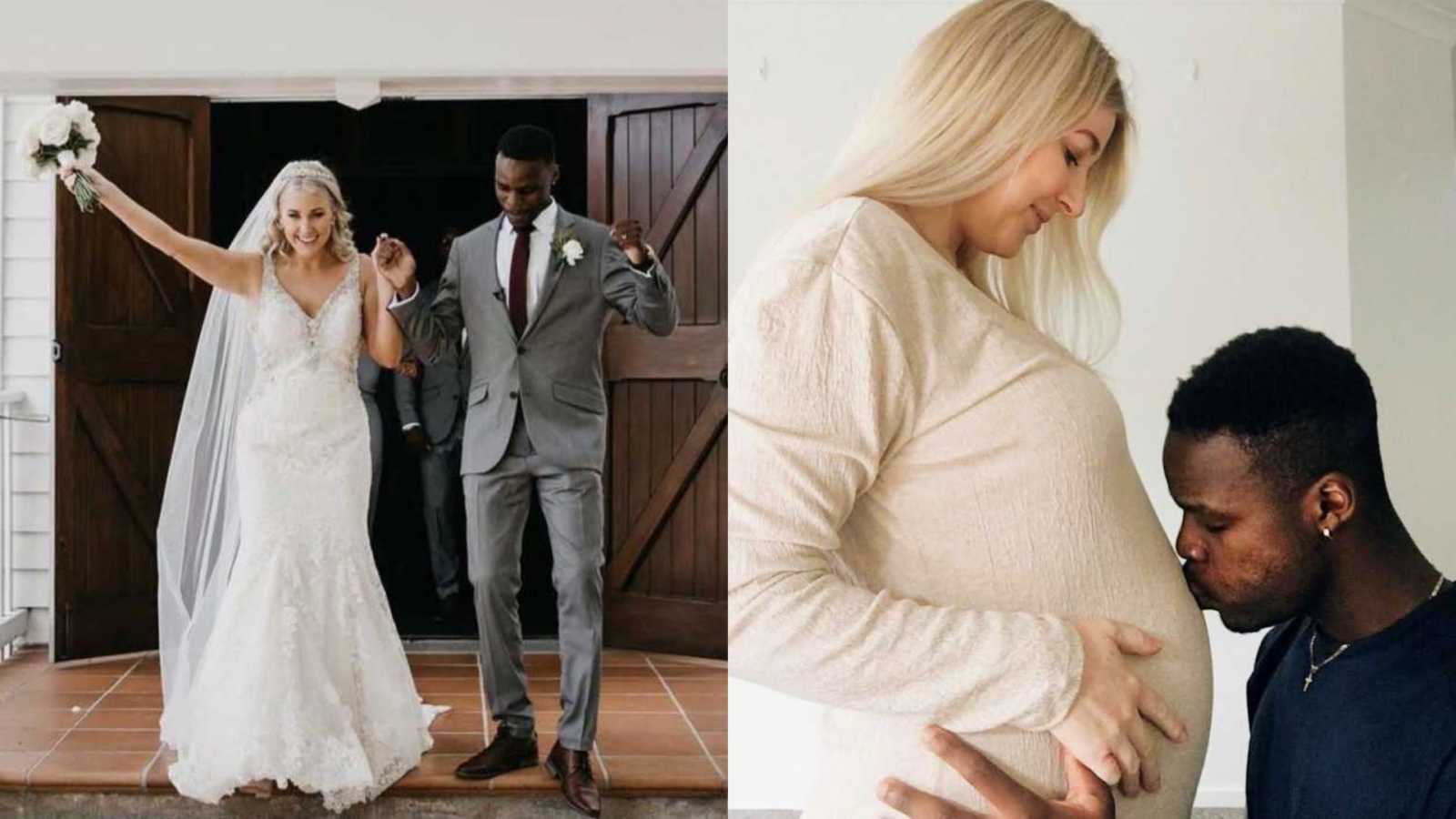 “Our love story started a little over 5 years ago.

I remember the first time he came up to talk to me. I was at Church with my sister and the service just finished. Everyone was mingling, and in the corner of my eye, I could see Emmanuel coming closer to where we were. I can’t remember what we talked about because all I was thinking was ‘WOW, this guy is so HOT!!!’ From then on, we were completely inseparable. I was that annoying person that if I wasn’t around him, I wanted to talk about him (my poor friends). We were very much young and in love.

One thing I loved about Emmanuel was the culture he brought to our relationship. It was different from mine, which is something I always looked for in a man. Don’t get me wrong, I love the Kiwi culture, but I’ve always been fascinated by other cultures. I loved the idea of marrying into one so we can celebrate the differences when two cultures collide. It never crossed my mind I could have friends who would not be as forthcoming to accepting another culture as I was.

I was ignorant to it as I grew up living a very white privileged life, attending a private school, and living in a wealthy area dominated by white middle-class families. I was never affected by racism and never really saw it. Once I started dating Emmanuel, I remember telling a friend about him. I first told her about all his amazing qualities and then pulled out my phone to show a photo of him. To my dismay as soon as she saw a photo of him she said, ‘Is he poor? Does he live in a mud hut?’ I was completely taken back by these comments and started defending him. Not long after that conversation, I left her place.

I remember just kicking myself because instead of defending him, I should have pulled her up for even making a comment like that. I was just so shocked someone I considered a friend would judge and make a comment completely based on the color of his skin. It was just so far from my thinking that I was naive to the idea that people would say things like that. That was the last time I hung out with her purely because I wanted to protect Emmanuel from those comments. I was so embarrassed I had a friend in my life who would say and think things like that. It is only recently I actually told Emmanuel about that experience.

We were together for two years before we got engaged. He popped the question on the 7th of September 2017. It was one of the best nights of my life. Emmanuel drove me to a lookout where you could view all of Auckland city. We got out of the car and walked in front of the car lights so the photographer (who I don’t know was hiding behind a bush) could capture photos of him proposing. Emmanuel got down on one knee and pulled out the ring–it was so romantic! He then took me to this restaurant to celebrate, this was a special restaurant to us as it was the first one he took me to when we first started dating.

However, one moment from this night at the restaurant has clouded our night. I remember as we found our table the server so carefully placed the menu down in front of me but slammed the menu down in front of Emmanuel. Sometimes I’ll give people the benefit of the doubt and think, ‘Maybe it was an accident, I’m sure they didn’t mean to do that.’ However, this time I remember how intentional she was in making him feel different and uncomfortable that it, unfortunately, put a damper on our night.

We married on the 2nd of February 2018. It was the most amazing day filled with so much love. I wouldn’t have changed a single thing from that day. It was just perfect. My favorite part, other than saying ‘I do,’ was surprising our guests when we re-entered the reception wearing matching African outfits. Having two cultures celebrated on our wedding day was an amazing moment I will cherish forever.

In 2018 we flew to Togo to surprise Emmanuel’s Grandma for her 80th Birthday. It was our first time in Africa. It was so special meeting his family in Ghana for the first time. They were so accepting of me and treated me as though they had known me for years. It was interesting seeing Emmanuel around all his family. They interacted as family, but you could quite clearly see even though they are related, there were huge cultural differences as Emmanuel was born and raised in New Zealand.

I’ll never forget when he said he feels like an outsider in New Zealand because of his skin color, so he always thought he would fit in when he got to Africa. However, he quickly realized this was not the case. Where in the world would he be treated as the country’s own and not feel like a minority?

Our Baby girl was born on the 15th of May 2020. Her name is Shiloh Afiwa. It was so important to us to incorporate Emmanuel’s culture into her name. Afiwa means ‘Friday’ in Ghana. She is perfect in every way. After she was born, we went to a birthing center so they could teach me how to breastfeed. At one point while we were staying there, I called the midwife at 4 a.m. to come in and help me.

When she came in and asked us where we were from. I knew immediately what she meant by it. I replied, ‘Uh, Auckland,’ but this didn’t satisfy her. She then turned to Emmanuel, pointed to him, and said, ‘No, where are YOU from?’ What she was really saying is where is your blackness from. 4 in the morning and my poor husband is getting asked these sorts of questions.

Growing up, my husband was always told to turn the other cheek when someone would make a racist remark towards him. Don’t give them a reaction or get angry because then you fall into the ‘angry black man’ stereotype. However, with the protesting happening around the globe, there has been a shift in how we want to respond to situations that directly involve Emmanuel and our baby girl. We believe it’s important to stand up and correct people but to do it in love. We want to demonstrate to Shiloh that she has a voice and she has every right to stand up for herself.

Our love story is beautiful, but racism is woven into it and when you think it’s getting better it rears its big ugly head again. My duty is to learn, listen, and respect how my husband feels in these situations. It’s not about me, but I can help bridge the gap by educating others.”

This story was submitted to Love What Matters by Morgan Darkwa of Aukland. You can follow their journey on Instagram. Submit your own story here. Be sure to subscribe to our free email newsletter for our best stories, and YouTube for our best videos.

‘Well, mommy, I’m not just black. I’m white too!’ I had to explain, ‘I know baby, but people may just see your hair and tan skin.’: Mom to multiracial family urges ‘race talk’

‘It can’t be.’ We were shocked. ’How in the world are we going to raise this army of littles?’: Foster mom shocked by pregnancy, cares for 5 under four, ‘I was made to be a mommy’