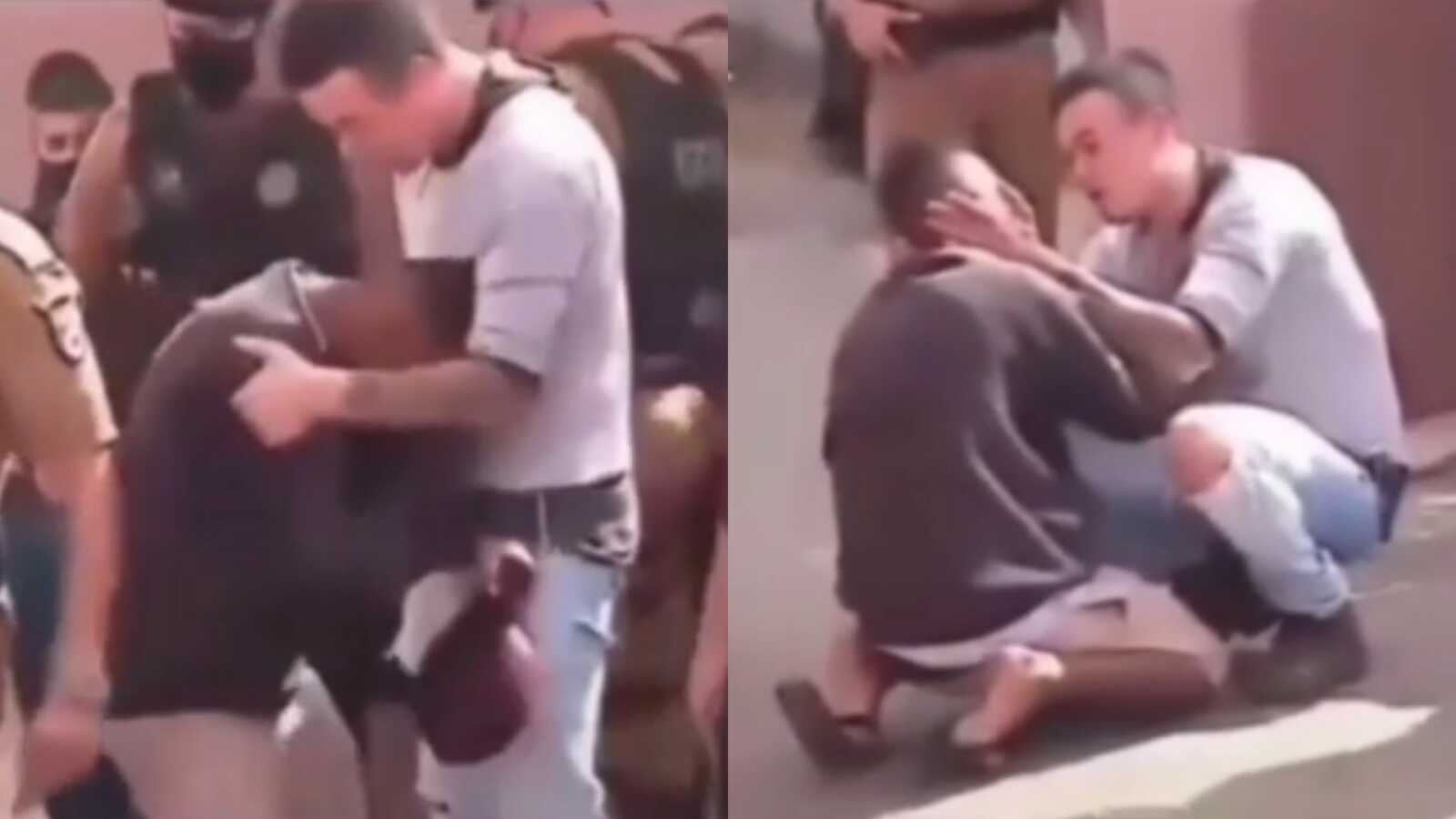 It was a scene that strikes fear into the heart of every driver: A man was driving down a street in Brazil when a 10-year-old girl dashed in front of his car while chasing a ball. He slammed on the brakes but couldn’t avoid an impact. Thankfully, the child, Haghatta, was not gravely injured, but she was rushed to the hospital nevertheless.

The driver watched helplessly as her small body was loaded into the ambulance, and he broke down in tears of anguish and worry. That’s when he received comfort from a very unlikely source!

Haghatta’s father was obviously very concerned for his daughter, but he took a moment to comfort the driver before rushing to her side. A video shows the dad taking the devastated driver into his arms, holding his face, and telling him everything will be all right. His compassion and forgiveness are so powerful to see.

After spending a week recovering from her injuries, Haghatta is now expected to make a full recovery. Her father even invited the driver to their home to show there are no hard feelings between them.

Watch the beautiful moment when this dad overcomes his own panic to comfort someone else in the video below.