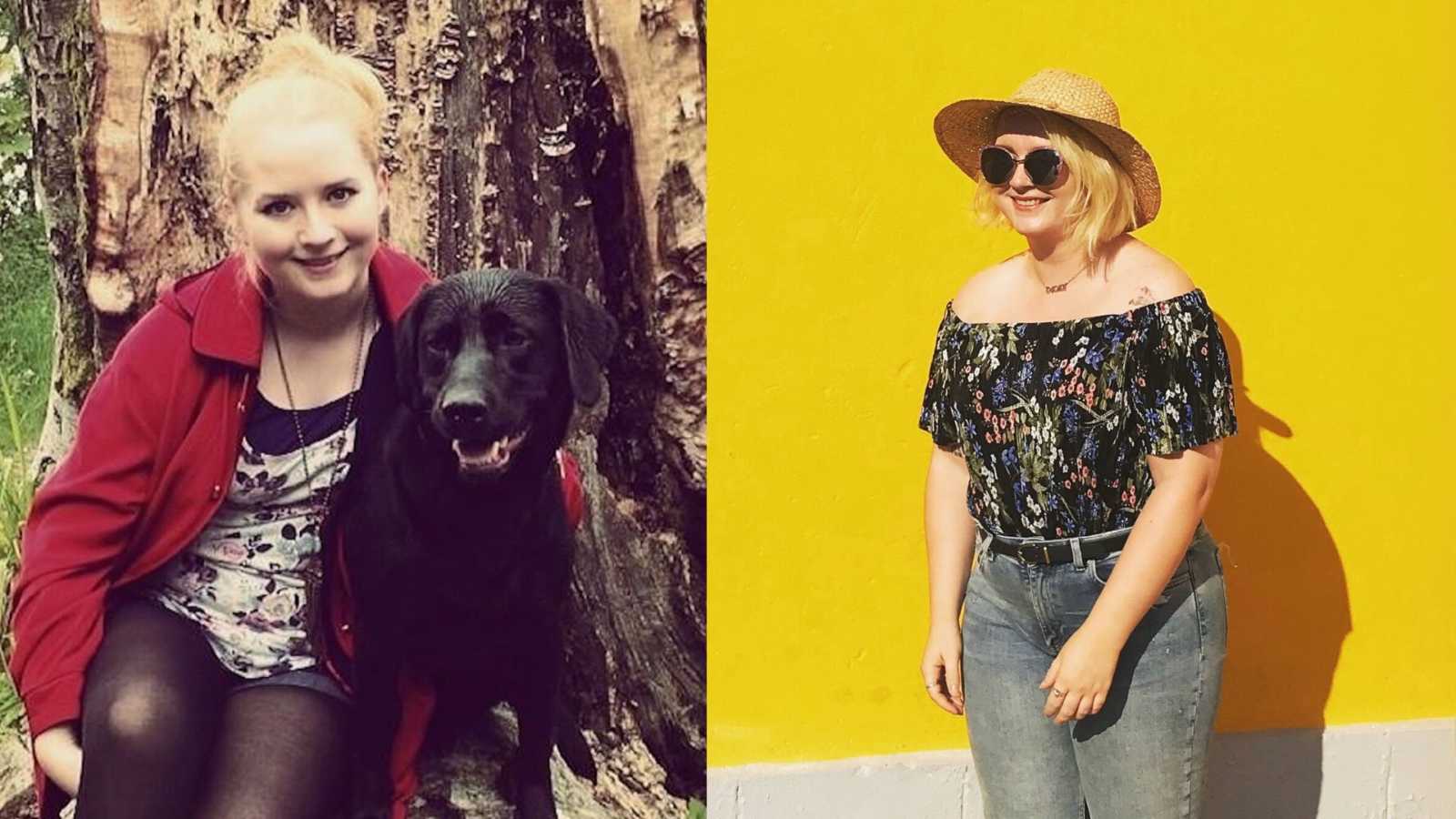 “I recently celebrated my four year anniversary. You might be wondering, celebrating four years of what? Well, earlier this month, I celebrated four years since I left an abusive relationship.

I first met John* when I was 19, and fresh out of a relationship with my high school boyfriend. Within 4 months of our first date, we moved into a house in a small village outside the city and a month after, we welcomed a Labrador puppy into our wee family.

By the end of our (nearly) five year relationship, I was in a constant state of anxiety, which I blamed on work stresses, and an ongoing, but unrelated, assault case which required me to frequently appear in court as a witness. But in truth, I was in a highly volatile relationship, where my perception of reality was questioned on a daily basis, and I was punished so erratically it was impossible to understand the basis of wrongdoing.

Whenever I share my story, people will undoubtedly ask me how things got so bad, and why I stayed with him for so long. But in all honesty, things changed so gradually it was impossible to notice, and my self-esteem had dropped so low, I truly believed I needed him to survive.  The first few times I didn’t agree with his actions or words, or didn’t like the way he treated me, I stood up to him. I explained how my feeling had been hurt, I cried, asked for apologies and for it to never happen again.

As you can imagine, the grand gestures didn’t last and the promises were empty.

The nasty and manipulative behaviors started to happen more frequently and the apologies became less and less before they disappeared entirely.

Things had changed so much, I barely recognized the person I’d become in the mirror. I stopped speaking to him about things that upset me, what was the point? They never got me anywhere, things never changed and they only just made him angry.

Everything I did soon became a nuisance to him, and I could feel myself withdrawing to become this meek young woman who would bend over backwards with the hopes of him showing her the smallest bit of appreciation or love. Unbeknownst to me, the gifted mobile was another way to control and manipulate me as he had access to my iCloud account, and would regularly check phone records, and social media platforms.

I had recently started a new job, and he had decided to interpret a friendship with a colleague as me having an affair. We had huge blown up arguments about why I was texting him, when in reality, I had been opening up to my colleague about unhappy I was, and how much I was struggling with my mental health. My phone records were scrutinized and thrown in my face while accusations were made. I had tried to open up a conversation about how much I was struggling and reached breaking point when I was told it was an ‘excuse’ for texting someone else.

I felt like I couldn’t even communicate with those closet to me without his interference and my relationships with everyone were scrutinized. I even agreed to distance myself from people he felt threatened by to try to make him happy, until slowly all I had left was him.

I became terrified, tiptoeing around him and his ever-changing mood, waiting for him to explode. I eventually felt relieved when he went through periods of ignoring me, because at least there was no threat to me, or our dog. When things eventually got too much and my emotions bubbled over, it was met with distain and threats; nobody would love me as much as he did, and I’d never find someone else who loved me as much as he did. And with a heavy heart, I believed him.

He had convinced me this was the only kind of love I deserved, he was the very best I could get, and I showed be grateful for him. I was already with the only person who would ever love me so if I left him, I’d be completely alone and I knew I couldn’t manage life by myself.

But, a few months later, after a horrible argument,  I woke up one morning with the sudden realization if I stayed with him, I’d never survive. So I packed a suitcase while he was at work, called my mum and told her me (and my dog) were leaving him.

My family were very cautious about broaching the subject with me, because I was completely in love with him until the very end, and leaving him broke my heart. They were all so scared if they raised concerns, I’d block them out, as I’d done to others countless times before to keep him happy.

In the four years since I left him, I’ve been extensively treated for anxiety, depression and complex PTSD. I have a job I absolutely love, a home that brings me comfort and peace, and friends and family who mean the absolute world to me.

I’m still learning to love myself and understand I’m worthy of love, to build my confidence after its been knocked down to frequently, and most importantly, to share my story with as many people as possible. To let people know just because he didn’t lay his hands on me, didn’t mean he wasn’t dangerous.

If you find yourself in a similar situation, please reach out to the appropriate organization for advice, like Women’s Aid. They are the real experts and have a wealth of knowledge, experience and compassion to deal with these situations. Having the support of your family and friends is also vital to give yourself the best chance at recovery.

For years I believed nobody would love me as much as he did, and I’d never find someone who loved me as much as he did. But now, I know the importance of loving yourself first, and there are lots of people who can, and will, add so much love and happiness to my life.

And now, that’s what I believe.” 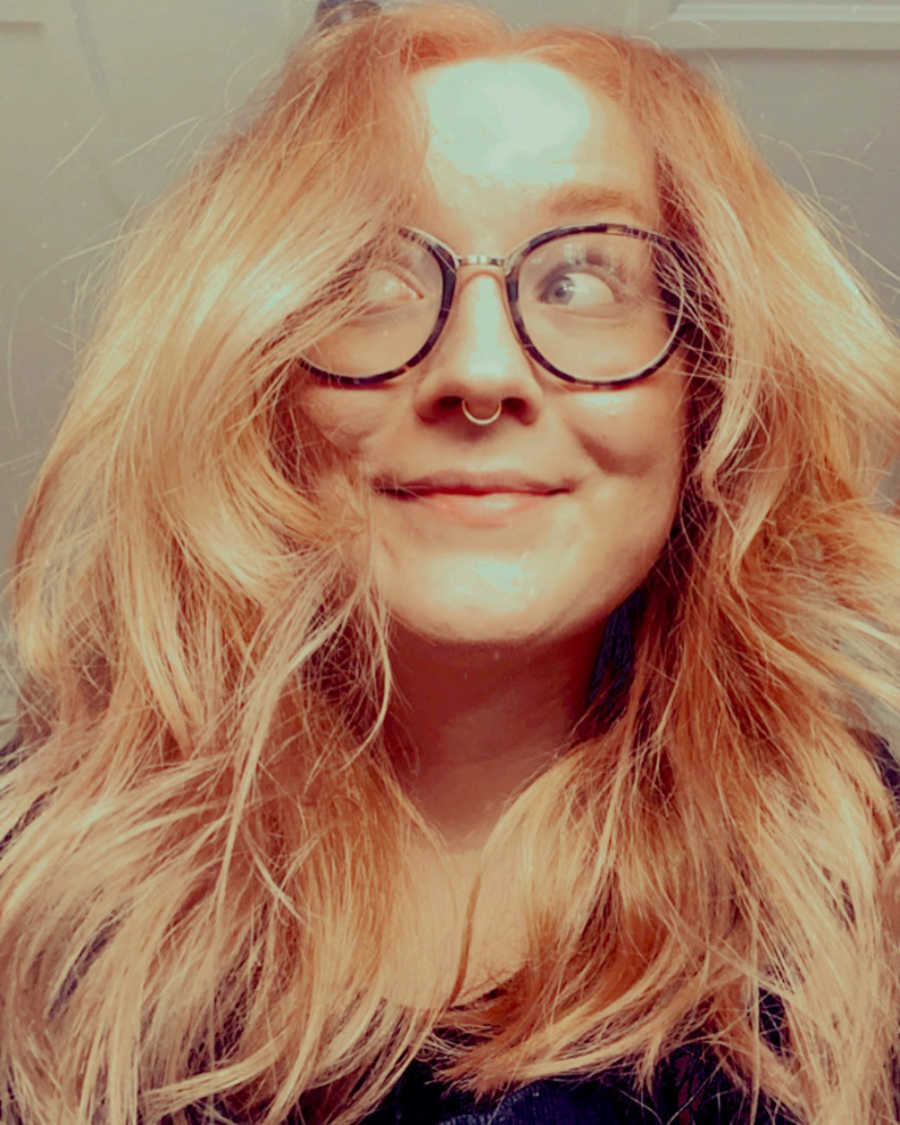 This story was submitted to Love What Matters by Amy Keast. You can follow her journey on Instagram. Submit your own story here and be sure to subscribe to our free email newsletter for our best stories, and YouTube for our best videos.

‘You can’t sexually assault your wife.’ It finally hit me. I had to get my son out before there was no turning back.’: Woman finds happy ending with ‘man of her dreams’ after escaping domestic abuse

‘Something hard cracked over the back of my head. I could feel his fingers on my neck, checking for a pulse to see if he’d just committed murder.’: After surviving domestic abuse woman says ‘don’t stand by in silence’ 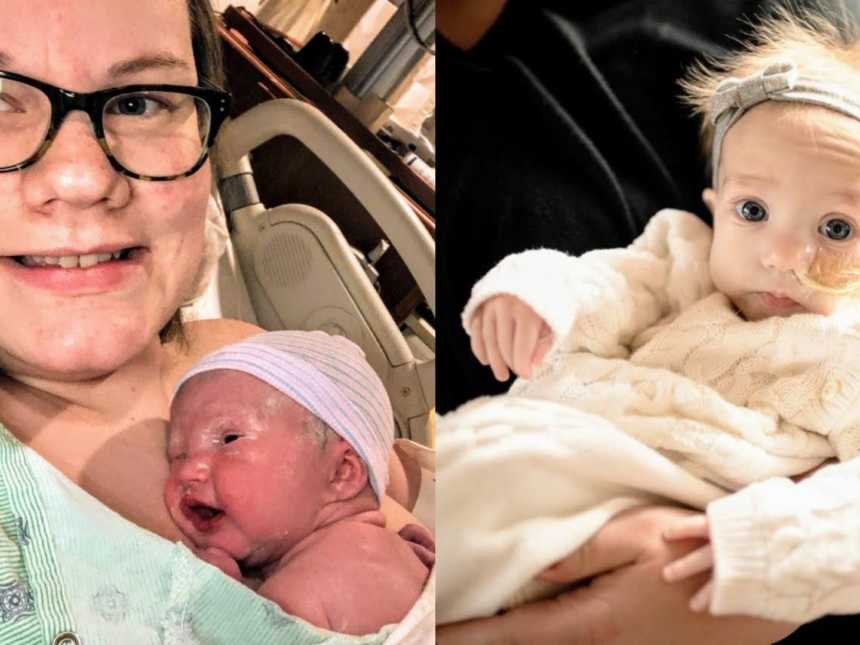 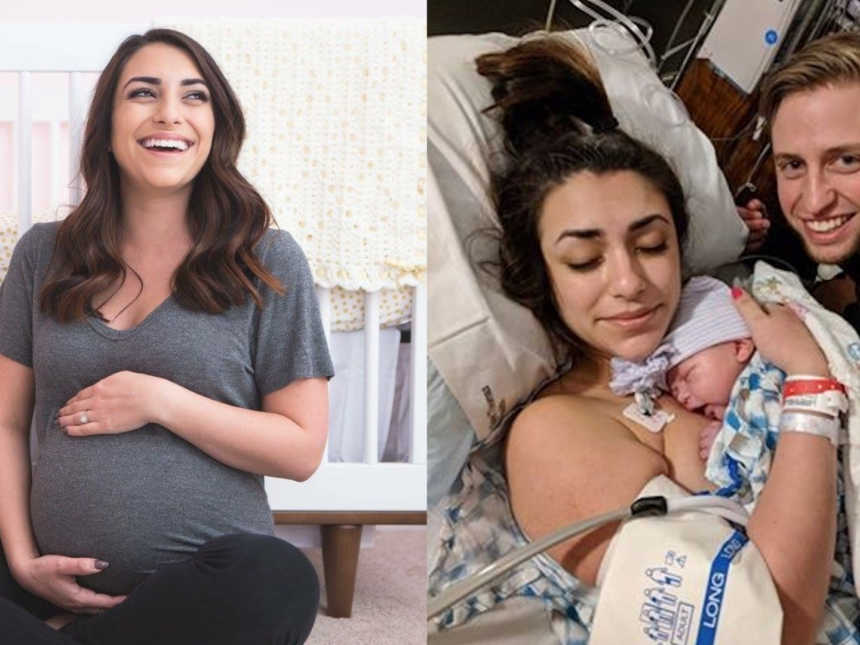 ‘Is it normal to hate your baby?’ I was desperately begging for God to kill her. What’s wrong with me? I was terrified of what I would do to her.’: Woman overcomes ‘debilitating’ postpartum depression

“I decided I would talk to my OBGYN when I went for my next check up. Little did I know, I wouldn’t be able to make it until then. My mom was going to leave to go home and I begged her not to. I was terrified of what I would do.”