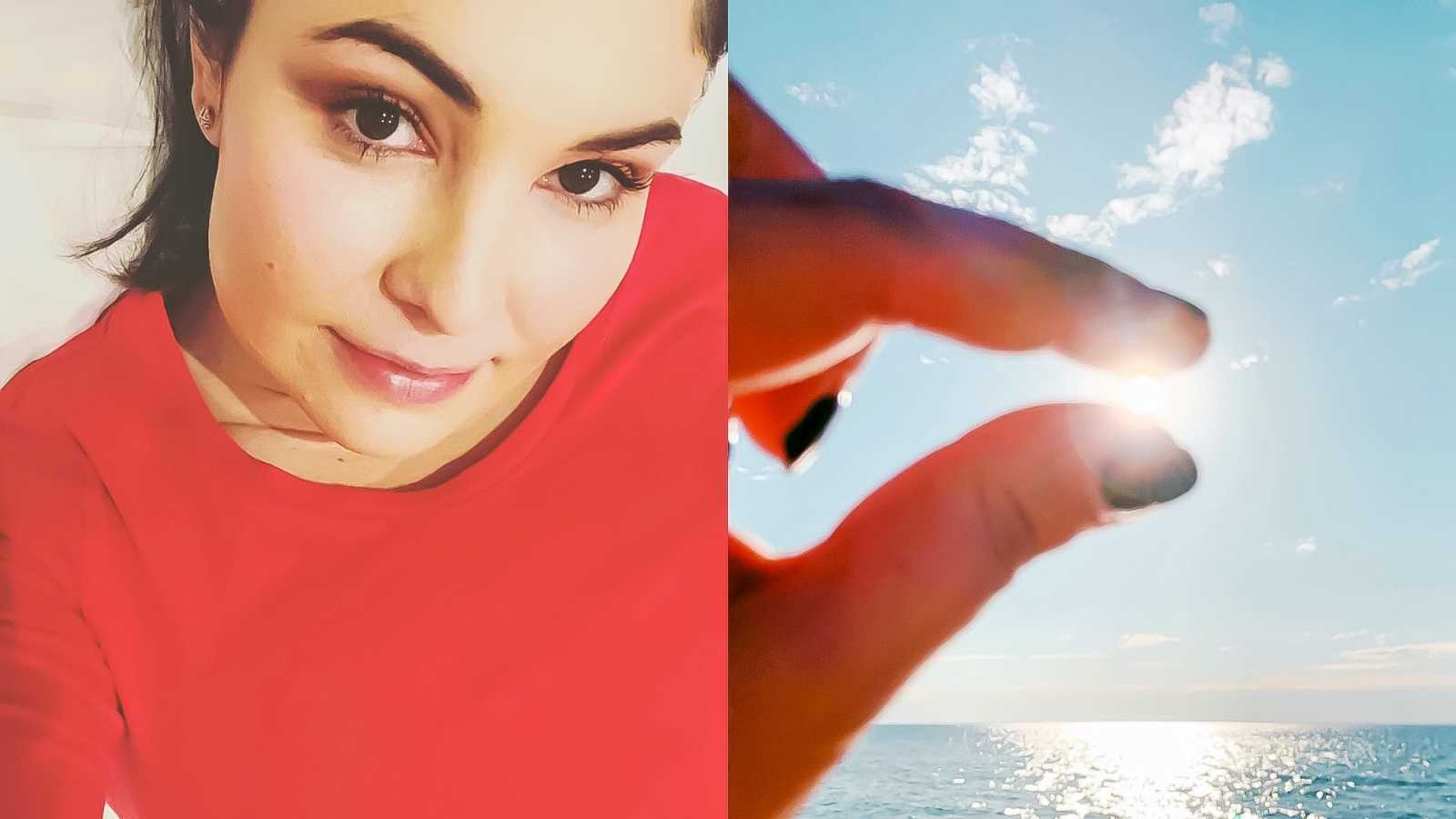 “There are lots of things I don’t ever talk about: vaccinations, car seats, circumcision. Religion is one of them. Those things start arguments and just leave everyone very angry and hurt. I know there’s right and wrong for those things. But I’m not gonna go there, ever.

But today I’m going to break the rule and talk about religion. Well, actually just about God. I feel religion can be a misused word that people associate negative things with. I’ve been a victim of it personally.

I just want to say I love everyone. I just want to clarify that. I believe everyone is free to love whomever they like. I don’t think loving or being your true self is a sin — so rest assured, my strong beliefs around that won’t ever change.

I think (well, I believe) and I might sound crazy, but I think for a long time I’ve been getting signs. And they’ve been crazy.

One time, I had a panic attack after doing grocery shopping. My card declined and I forgot the cash. I ended up getting what I needed but was very embarrassed. I felt ashamed. I stood outside my car door, ready to jump in, trying to control breathing and tears. A car pulled up next to me with blaring music. A man got out of it and said to me as he walked by, ‘Hey, I’ve been told to tell you to listen to 89.9 FM.’ I turned it on and it was Christian radio. A man was preaching on it, telling the people listening, telling me, that you should never feel ashamed or embarrassed about days your card declines or you don’t have enough. He spoke about everyone deserving of love and how no one is better than the other, even when falling on hard times. He said, ‘You will get signs in your hardest times and they are signs you deserve love.’

I laughed and thought, ‘Wow, what are the odds?’

Sometime not too long after, I had another emotional day. My mother lives in America and I live in Australia. I was in a nail salon and watched a mother and daughter go in together. It hurt me. I tried to hold in my tears. This lady sat next to me and smiled… and I don’t know why, but I felt compelled to tell her EVERYTHING. I told her my whole life story, about my childhood, my depression, feeling like life is so hard being a mum and a wife… I just vomited these words into her. Despite being a blogger, I’m not like this in real life (well, mostly not) and she listened. She told me how she felt the same and been the same way as me, and she found her solace in her Christian church. She said she didn’t go every week but most weeks. It saved her and her daughter’s lives.

She invited me to come… and I said I’d think about it.

Sunday came. I stared at my clock but was too afraid to go. My son started jumping on the couch and I sh*t you not, the remote clicked on the TV to a live preaching stream.

But yet I wasn’t really convinced.

I believe in psychics and mediums. I ask for signs from my angels and I get them. I see feathers and number synchronicities when I ask and when I need it the most. But I needed more convincing.

Then today, after a night of being awake with a sick child, full of anxiety, feeling lost and tired, and just tired of fighting in general, I said, ‘Well, what now, universe?’

I got a message from a reader of mine, that said: ‘Hey Laura! I don’t know if it’s because I watched your stories or if it’s because you need to hear this, but it was so persistent that I’ve had to stop midway vacuuming my car (which never happens). This is weird that I’m thinking of a stranger I’ve never met, but God works in mysterious (and annoyingly persistent) ways. He wants to say to you: The world is a better place with you in it and he is so proud of what you did and how hard you’ve fought. But the fight can stop if you let him take the reigns. You’ve learned to mistrust people time and time again. It’s created mistrust and instability in your heart of people. He wants to heal you (and this doesn’t mean that you’re ‘broken,’ need ‘fixing,’ or an absence of medication). He wants to heal your scars. If you work together, those scars will help other scars. He is calling you to be a healer of other people. He will be able to turn every single negative into a positive for you, and there you will find peace and rest.’

I cried. Well, as best as I could on my strong ass antidepressants.

I know religion talk really puts people off, because people think you’re trying to convince them of something, and change their way of thinking. This has been my opinion too. I’m scared. I don’t want to change my opinion, who I am, or my beliefs. I said that to the reader and she said, ‘You were made to be you.’

I think that’s what I needed to hear.

They say God works in mysterious ways, but I definitely think someone is knocking on my door. Maybe I should answer it.”