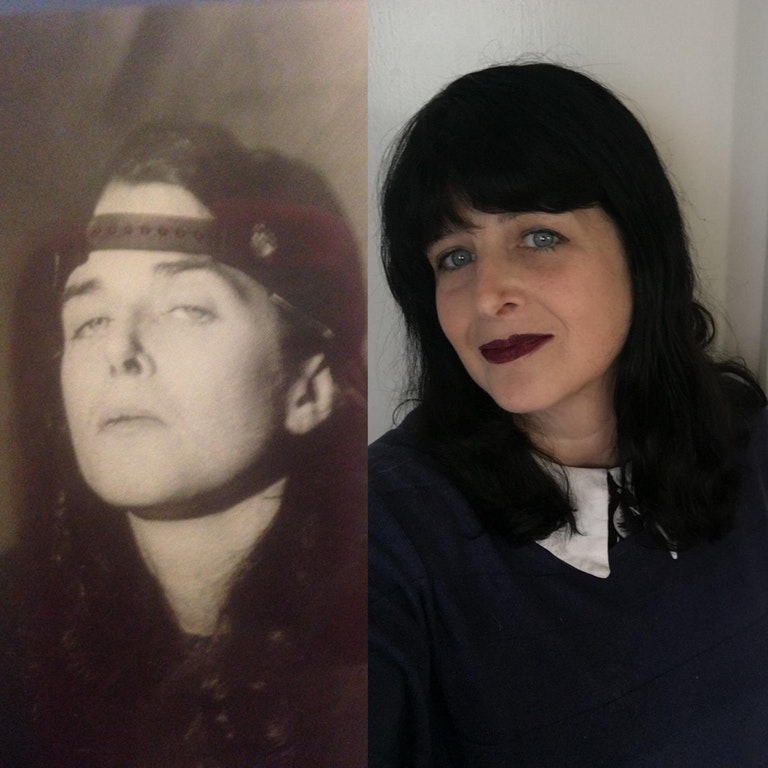 “My name is Tracey Helton. I have a Bachelor’s degree in Business Administration and a Master’s Degree in Public Administration. I also used to stick needles in my neck. You might have seen me on YouTube or HBO in a film called ‘Black Tar Heroin: The Dark End of the Street.’ That was me, sleeping outside, pushing a shopping cart and degrading myself on a daily basis for a few bags of drugs. I have been sober for 20 years now. Here is a bit of my story.

I began using opioids as a coping mechanism. I can say that now, looking in the rearview mirror. Having been diagnosed with depression at 12 years old, I always felt like I was different from other kids. The compulsive behaviors had already presented themselves: compulsive overeating, obsessing over things, and stealing for no real reason. Alcoholism had run in my family. I thought somehow it would be different for me. I started drinking and smoking pot near the end of high school. I was destined for great things. I took four college classes in high school. I was really going places. Where I ended up was in the open-air drug markets of San Francisco.

When I got my wisdom teeth pulled at 17, I just remembered being in love with the feeling of opioids. I didn’t feel fat or awkward or nerdy during that week. I just felt disconnected and happy. While I did not repeat that experience right away, after ending an abusive relationship, I was seeking some type of relief. I had friends who had opioids — mostly left over from surgeries or found buried in the back of their parents’ medicine cabinets. I was working and going to school, but I was gaining an education in getting high. My drinking and drug abuse escalated quickly. My old friends disappeared. New friends with new addictions began taking up all my time. I dove head first into the unknown when I tried heroin at 20. Within five months, I left home for spring break in San Francisco never to return.

In short order, I got ‘strung out’ in the city. I had tried opioids but I had never had a consistent supply. When my money ran out, I found myself begging for money on street corners. When that didn’t work, I was encouraged by my new using buddies to turn to prostitution when necessary. I rapidly lost weight, becoming unrecognizable as the person I was when I left Ohio. I was living like a feral human on the streets on and off for six years. Jails, infections, and an occasional overdose became the norm. I completely cut off contact with my family for almost a year. Treatment options were limited to non-existent. I had even tried to kill myself to end my predicament. In the process of dying, I learned that I wanted to live.

In 1998, I was arrested. I decided to beg for a treatment program. I had made up my mind that I was going to try and take a real shot at recovery a month or so before they had put me in handcuffs for the 11th time. I have stayed off drugs ever since.

‘I stole from my daughter’s piggy bank. Nothing was off limits’: Mom’s candid admission about heroin addiction

I completed rehab, moving into a long term sober living facility. I went back to school through an ex-offenders program. I got into therapy. I attended groups. I attended 12 step meetings. I was desperate for a change. Time slowly creeped along. I began to reunite with my family. I developed a life worth living. I met my husband, then boyfriend, in 2000. I began working with people like myself.

Today, I have a beautiful family with three children ages 7, 8, and 10 years old. I spent many years volunteering at their school as the PTA treasurer and the Board of Directors of my son’s preschool.

I run a Naloxone program from my closet that has helped save over 300 lives. Naloxone, otherwise known as Narcan, can help reverse the effects of an opioid overdose. I am an advocate who speaks nationally on issues related to addiction and public health policy. I got this tattoo where I used to shoot up.

For my 20th, get naloxone, LUST FOR LIFE. I got this tattoo where I used to shoot up.

I am extremely proud and grateful to give back to the community. As the ‘heroin heroine,’ which I’ve been dubbed, I have been entrusted with a gift — the gift of representing people who are struggling with heroin. I am touched by the overwhelming love and support I receive on a daily basis.

My story is a story of hope — that anyone can change. I am the proof.”

This story was submitted to Love What Matters by Tracey Helton, 47, of the San Francisco Bay area. She is the author of “The Big Fix: Hope After Heroin.” Submit your story here, and subscribe to our best love stories here.