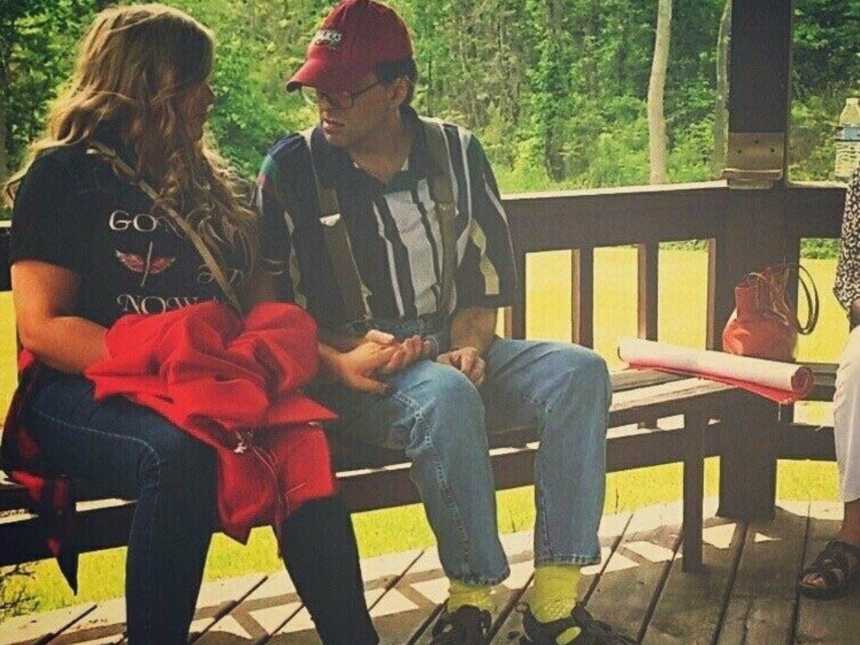 “In the summer of 1987, my father crashed into a tree resulting in a traumatic brain injury leaving him in a coma for 11 days. He wasn’t expected to survive the coma, but he did. With the support of family and friends, he went through rehabilitation and relearned how to walk, and manage daily tasks of everyday life. All-in-all, he became a success story. He made an almost-full recovery, minus some slight mental deficits, and eventually earned a bachelor’s degree in business.

Later on, in the 90’s, my mother and father met and, from what my mother described, a fairy-tale romance bloomed and grew into a strong marriage.

Finally in 1997, news came that my mother was pregnant, with me, and my parents were overjoyed. Happiness lasted for a few years — until he developed a bad drinking problem, which contributed to my parents divorcing when I was 5.

Not long after, he found sobriety and won shared custody of me. He went back to school and completed his master’s degree in rehabilitation counseling.

His health slightly began to deteriorate, enough for my grandmother to move in with us (bless her — she remains one of the strongest woman I know) but he seemed pretty healthy. With his limitations, he unfortunately couldn’t go back to work, but that didn’t stop him from being the best that he could possibly be.

I had the most wonderful childhood because of him. He read to me every single night, and taught me how to read at an early age. He put me in every sport imaginable, and although I wasn’t any good, he cheered me on. He came to every single game, he was my number one fan. When I broke my arm and didn’t want to play sports anymore, he immediately went out and bought me a flute. We did everything you could imagine together — walking, biking, hiking, fishing, camping, roller-skating, video gaming. He took every opportunity to enrich my childhood. Sending me to summer camp, taking me to the library (every single week, I developed his love for reading), involving me in girl scouts, among many other things. One of my favorite memories of him is simply walking around the neighborhood while he sang me songs like ‘Isn’t She Lovely’ and ‘You Are My Sunshine.’ I couldn’t thank him enough, because all of this helped shape me into the woman I am today.

Everything was amazing. He was my best friend. Life was great. He was still deteriorating, but I was too young to notice it. Small things happened, like running the car into the ditch, falling while walking, tremors, and the formation of illegible handwriting. However, he persevered, and continued to make fatherhood his priority.

One summer, when I was 12, my dad was getting ready to go to bed, and my grandmother and I were laying around watching some Blockbuster rental DVDs. I was drifting on and off to sleep, and I could hear my dad’s usual trek up the stairs. All of a sudden I heard a huge crash, and panic mode set in. I jumped up and ran to the staircase and found my father sprawled across the hardwood floor, barely conscious, and looking far from human. Freaking out, I ran to the phone and hysterically dialed 911. I couldn’t bear to look at him, and being that my grandmother was with him, I ran to the bathroom and hid until the ambulance came. Once again, no one thought he would make it.

This is the moment in time where everything changed. When our lives were flipped upside down. His health was so bad that he was admitted to a nursing home. I went from spending nearly every day with my father to only seeing him on the weekends. Day-by-day, month-by-month his health suffered. But he still tried his absolute best. He kept singing to me, he kept showing up to my concerts and school events. He kept his happy, positive outlook when he was with me. We still ventured from the nursing home and went on adventures (to the best of his ability.)

All of this deeply impacted my grandmother and I, and I eventually wound up developing a pretty hefty case of depression and anxiety. I moved out of my dad’s home and into my mother’s. I stopped doing all of the things that my dad and I did together — I could hardly bear it. I could sense an emotional change in my father, and although he did his best to hide it, I could tell that something was not quite right in him. The next few years were really rough, for all of us, but especially my father. I remained the light of his life though. Every single person I met told me about how much my father loved me, and how everything he does is for me. I’m eternally grateful for him. No matter what he went through, or how bad his health was, he fought on. He fought to be the best dad he could be.

After a few more years of a steady decline, symptoms of Parkinson’s disease, and dementia related to his previous traumatic brain injury arose. His tremors worsened, his walking slowed, his balance became unsteady, his mental state became altered. My grandmother and I spent a great deal of time interacting with him, and playing brain-stimulating games with him in order to slow his deterioration. I graduated from high school. Things were different though. He wasn’t healthy enough to come to the ceremony. So guess what we did? We brought a mini-ceremony to him. The entire family was there. He was so happy, we were all so happy. I remember sitting with him, holding his hand, seeing his smile, hearing pure bliss in his voice. I gave him a huge hug and told him I loved him. We said our goodbyes.

This was the last time I ever saw him happy.

A week or so later, we went to go see him at his nursing home. His health drastically declined. He was in a wheelchair, he couldn’t speak, he couldn’t even really tell we were there half of the time. As the weeks went on he was constantly transferred in and out of the hospital. I spent afternoons at the hospital and the nursing home helping him eat his food. He could hardly even chew or swallow his food. Eventually he wound up in the ICU, and he was bedridden. I tried so hard to interact with him, to get a smile, or a laugh, or even a simple nod. Nothing. We decided to put him in hospice, per his wishes, and I stayed daily and nightly with him. We continued to interact with him, talk to him, and even simply hold his hand. I remember one night, I sat by his bed, holding back tears, telling him how much I loved him, how amazing of a father he was, and how I’ll always have him in my heart. After, my mother and I reminisced of our favorite memories of him, and we noticed how his eyes began to flutter during that moment. They say that hearing is one of the last of the five senses to leave a person, I think he was listening to us. That same night, while my grandmother, my mother, and I kept him company around his bed… we all fell asleep. We woke up, just a couple hours later. He passed while we were sleeping.

He had a profound impact on not only my life, but everyone’s around him. He was a beautiful man with an even more beautiful soul. He befriended strangers everywhere, and made it his mission to make them happy. He didn’t judge anyone — he loved every single person he came across. His happiness and love were contagious. He didn’t judge — he forgave and forgot. He continued his sobriety until the day he passed, and helped others along their journey. He was so talented. He played guitar, the banjo, the harmonica, and sang. He held his faith in God throughout his entire life, and shared the word of God, but he still respected other’s religious views. He is, and forever will be, my inspiration. He’s in everything I do. ‘My father didn’t tell me how to live. He lived and let me watch him do it.’ — Clarence Kelland.

Right now, I am a sophomore-level nursing student, and my dream is to help other families get through similar situations. My biggest regret through all of this is not seeing him as much as I wanted to. If you’re reading this, please take a moment to call your loved ones. Tell them you love them. Plan a visit. Laugh together, cry together, love together.  Cherish every moment.”

This story was submitted to Love What Matters by Lily Beavers, 20, of Northeast, Ohio. Submit your story here, and subscribe to our best love stories here. 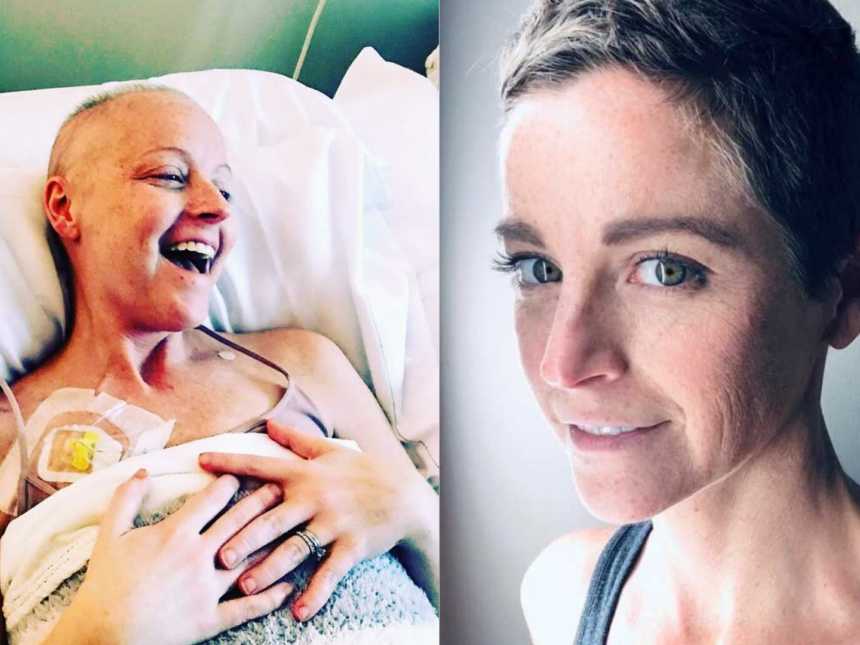 ‘No one has tried to fill your role. No one can love us the way you did. You were the GOAT. Not a day goes by we don’t celebrate you.’: Man pens letter to late wife on first birthday in heaven

“You’ve been in Heaven for 75 days now, and there is this pandemic thing going on. Yep, right after you went to be with Jesus, the entire country shut down. On really ‘important days,’ like today, I find myself searching for you, even more than usual.”