“On Friday night, I almost set our house on fire.

Not on purpose (of course) and not in the trendy ‘on fire’ as in this home is ‘lit’ kind of way.

I legitimately almost set the house on fire trying to make frozen pizza in the oven.

If you know me personally, a story like this doesn’t sound too shocking.

Me burning food is like a regular once-a-day occurrence. The only time I don’t smoke up the house or undercook a meal is when we eat out or get take-out; hence, why I always want to go to restaurant or order delivery on any given night.

I thought I followed the directions well enough, which was probably part of the problem.

When it comes to cooking using a gas (or any) oven, ‘well enough’ is not good enough.

I thought that since I heeded the instructions to place the pizza directly on the rack, the smoky smell was just some of the toppings dropping off the pizza and burning.

I had left the under-pizza cardboard under the pizza when I slide that baby into the oven.

It was the cardboard that was burning, and it was not the only thing that got bruised, because so did my ego when my husband ever so calmly explained to me I could have burned the whole house down and all of us inside of it with my not-so-little mishap.

As a mother a three who has been riding this parenting train for eight years, sometimes I settle for well enough, because well, it’s just enough; as in, occasionally, it’s all I have left to give of myself to anyone or any task.

But, as my spouse pointed out, well enough can’t and doesn’t suffice when it comes to matters of our safety.

That tasted worse than the burnt pizza.

He’s right that I need to slow down ,focus on the task at hand, silence the noise that’s in my head telling me to multitask ‘all the things,’ and silence the actual noise coming from my three lovebugs and their energy-depleting souls if it’s impeding my concentration.

I often operate (as I assume most mothers of multiple children do) — in a general mode of survival — from a place of getting stuff done, even if it doesn’t get done right.

My day-to-day goal is to make progress.

I’m not going for the gold, which I guess is a good thing because if I were, I’d surely be disappointed to receive the bronze or worse, nothing at all.

And, so, I settle for progress.

Progress is something I can attain, without much extra effort, and on a pretty regular basis.

Tonight, up until the pizza burned, I convinced myself I was making progress.

I had a good day.

The kids had a good day.

My patience was on point.

I made allowances for their age-appropriate misbehavior, and I was pretty comfortable accepting the day as it came.

I was, for the most part, genuinely jovial, pleasant, and surprisingly not anxious all day.

But then I fudged up and all that supposed progress went out the window.

Because is it really progress if at the end of a long week you can’t eat those mushrooms with pepperoni on top of your Friday night pizza – because your rushed butt made it inedible?

Should we seek and then feel proud of our progress or rank ourselves solely on the result?

There’s no one answer here, folks.

I adhere to the belief that when it comes to motherhood or really anything, perfection is not the goal. That being said, learning is.

About 20 years ago, I also almost started a fire in my childhood home when I, on accident, left my plugged-in hair straightener next to my cuddly teddy bear and burnt his belly to a crisp.

I was fortunate that my parents noticed and remedied the situation before Mr. Bear burst into flames.

While I can and should applaud myself for the numerous ways I am getting motherhood, marriage, and life right, it would be juvenile and non-growth provoking if I didn’t also make note of the ways I haven’t changed.

Self-improvement isn’t a race, it’s a marathon, and you know what I long for post-race?

‘You’re too young to get married,’ they said. I was 22, fresh out of college. This man was 8 years my senior. ‘What do you see in him? It will never work.’

‘Pardon my smell. This is how I attended my kids’ end-of-the-year school performance. Like a sweaty, hot mess.’

‘My 7-year-old daughter asked me to snuggle. ‘I can’t. Someone has to clean up dinner, and APPARENTLY that someone is me,’ I told her, quite matter of factly.’ 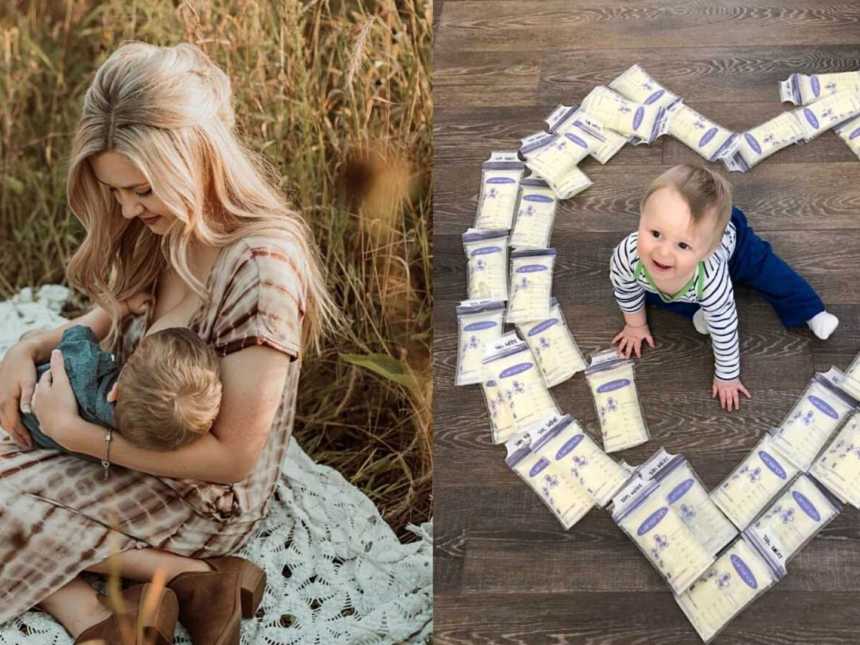 “I was able to help feed that little girl until she turned a year old and it was such an amazing feeling knowing that something my body created was able to nourish and help grow another human being other than my own!”