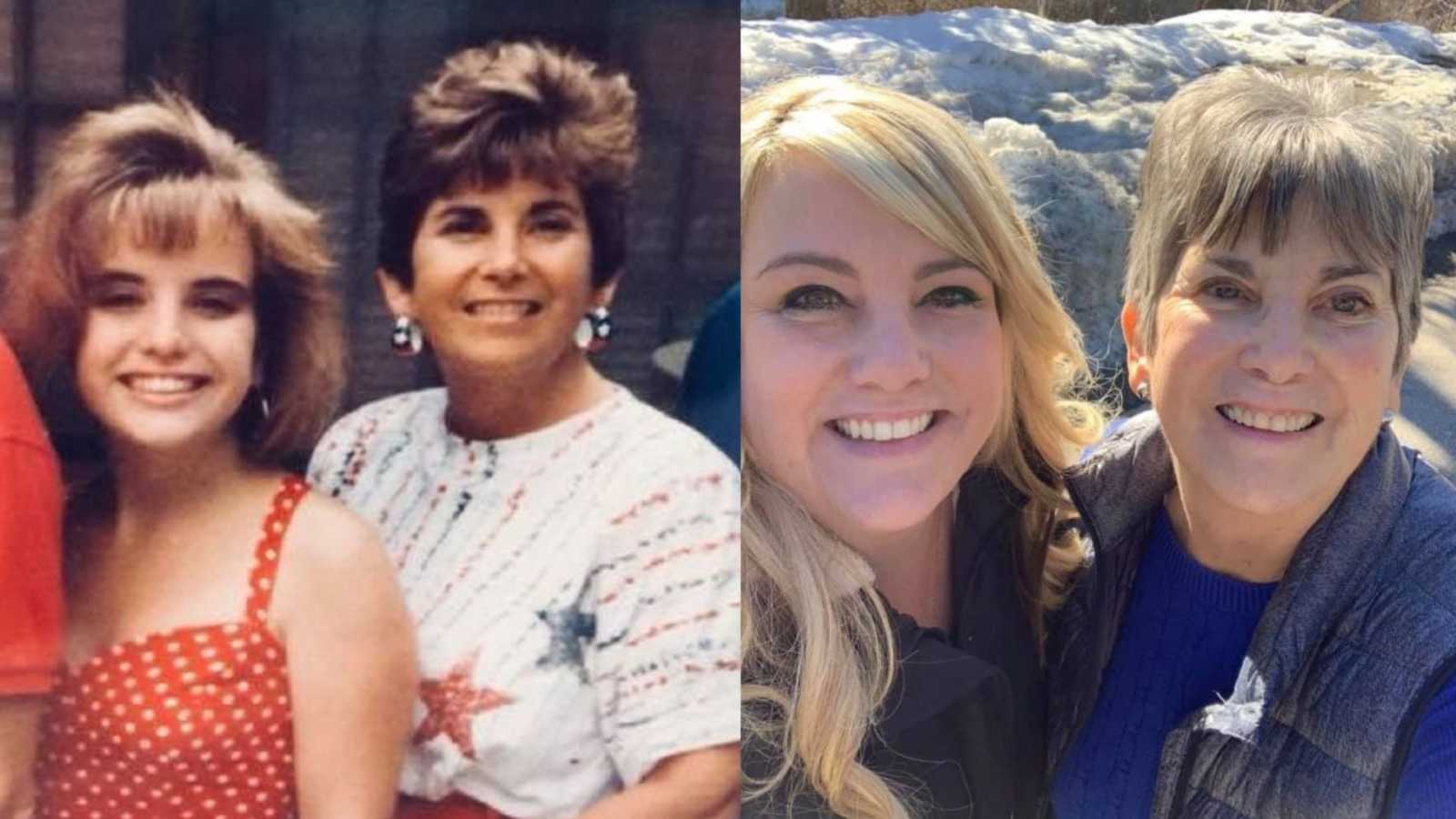 “Some things have happened over the past two weeks. I started using wrinkle cream. I yelled at the kids and told them to close the windows because I’m not paying to air condition the whole neighborhood. I told them to clean their rooms before they find mice. I told them the dogs were going to die if they didn’t give them clean, fresh water and it would be their fault. I drove the speed limit and got confused about the directions I was following. I turned up Barbara Streisand and sang along. I told my daughter if she didn’t get her laundry out of the laundry room, I was going to bag up all of her clothes and not give them back to her for two weeks. I told her I would only buy her a shirt on sale if she could figure out what the percentage off was. I bought a loofah and asked the pedicure lady to scrub a little harder on the heel. I walked around the mall telling my teenager to pull her shorts down, so they covered her derriere, while telling her boyfriend to pull his pants up. I cussed out the kid in my head with the loud rap music at the red light and blamed everybody for the missing remote. And, drum roll, instead of my usual rant when my kids do something to tick me off, I said, ‘God Bless America,’ instead of, well – you can use your imagination.

And tonight, it hit me. Like a ton of bricks thrown at my face, it hit me. I have become my mother.

When I was a kid, everybody told me I looked like my mom. So much so, that at her 50th birthday, which was a 1950’s theme, one of her old classmates thought I was her when I answered the door in a poodle skirt costume. Not kidding, he said, ‘Well, hello, Patty, you haven’t changed a bit!’ My 20-year-old self wanted to respond with, ‘Yeah, Bill, haven’t taken this skirt off in 40 years,’ but I refrained because, well, he was old, and I was pretty sure he had dementia or something. Now, I look in the mirror and see my almost 50-year-old self and chastise my younger self for being so dumb. Looking back, I am pretty sure he was just trying to be funny, but it wasn’t the first time I heard we resembled each other a lot.

In fact, my mom was a teacher at my middle school, and I would get stopped by her students everywhere asking if she was my mom. And, yes, having your mom as a teacher at your school is, in fact, not just horrifying but inconvenient. I couldn’t get away with anything, but when I told my math teacher that the reason I was getting a ‘D’ in her class was because there was nobody smart enough at home to help me, even though my mom was teaching the same math class at the same school, it just didn’t fly.

And then, on a random Friday night in June of 2016, everything changed. As I watched my young husband die, and in the subsequent days after preparing myself to bury him, there was nothing more I wanted to do than be just like my mom.

Because you see, she also lost her husband young. When I was nine, she married the man who would be her husband, and my stepdad for the next 18 years. She would build an amazing life with him, and he would give us the family we all longed for. And on Easter Sunday in 1999, at 49 years old, he would collapse on the steps of the Church, and he would never come back. I remember the confusion. I remember the horror. I remember not believing it. I remember people arriving for Easter dinner who had no idea what happened, who were being met at the door and being told the awful news. I remember the collective shock. I remember the crying. I remember, at one point, hearing her say to somebody, ‘I don’t know what I am going to do without him.’ And then I remember her taking a deep breath, washing her face, and announcing that we ‘have all this ham,’ so ‘we might as well eat’ and then instructing us to continue to the Easter festivities for the kids. Their day was not going to be ruined, too.

For the next several weeks, I watched her as she made travel arrangements for his family. I watched how she organized the funeral and made the programs herself. I walked in on her in her office and asked her why she had 20 mailing boxes all over the floor. She told me she was making boxes for his family with memorable things. Sheets of his letterhead from work, dried flowers from the funeral, his business cards, pictures – a potpourri of things that would remind them of him. She constantly checked in on his parents and did so for the next two decades until they both passed away. She even went back East to visit with them several times, because it was the right thing to do. She continued to take care of her family, the same way he did, because it was the right thing.

So, when I was faced with the same fate, and had to figure out a way to live without the man I loved, there was only one person I wanted to emulate. And that, was my mom. I had never been more thankful for the lesson she taught me about strength, loyalty, family, and grace. Grace in the way I carried myself, grace given to myself when I was having a bad day, and grace given to those who might not have deserved it, because it was the right thing.

When you are faced with a crisis, things become clearer. Things that used to matter, don’t. Things that didn’t used to matter, do. But we also instinctively seek out those people who not just understand, but who have proven themselves so much in their own crisis that you know you can rely on them, and they ‘get it.’ For me, that was my mom, and I have never been prouder to be my mother’s daughter than I was that day. I was never more thankful to have her in my corner. And, I have never been so glad to be so wrong when I was a teenager, because I want nothing more now, than to be her.

I truly hope you have that person in your life, and I sincerely hope that the right people come to you in your time of need. It might not be the most obvious, but it will happen. Keep your eyes open friends, and your mind open to the possibilities. You never know who you’re going to want to grow up to be. I didn’t. But I sure do know, now. Thanks, Momma.”

Read Diana’s backstory about her mother:

Please SHARE this story on Facebook to encourage others to cherish every moment, and love what matters most.