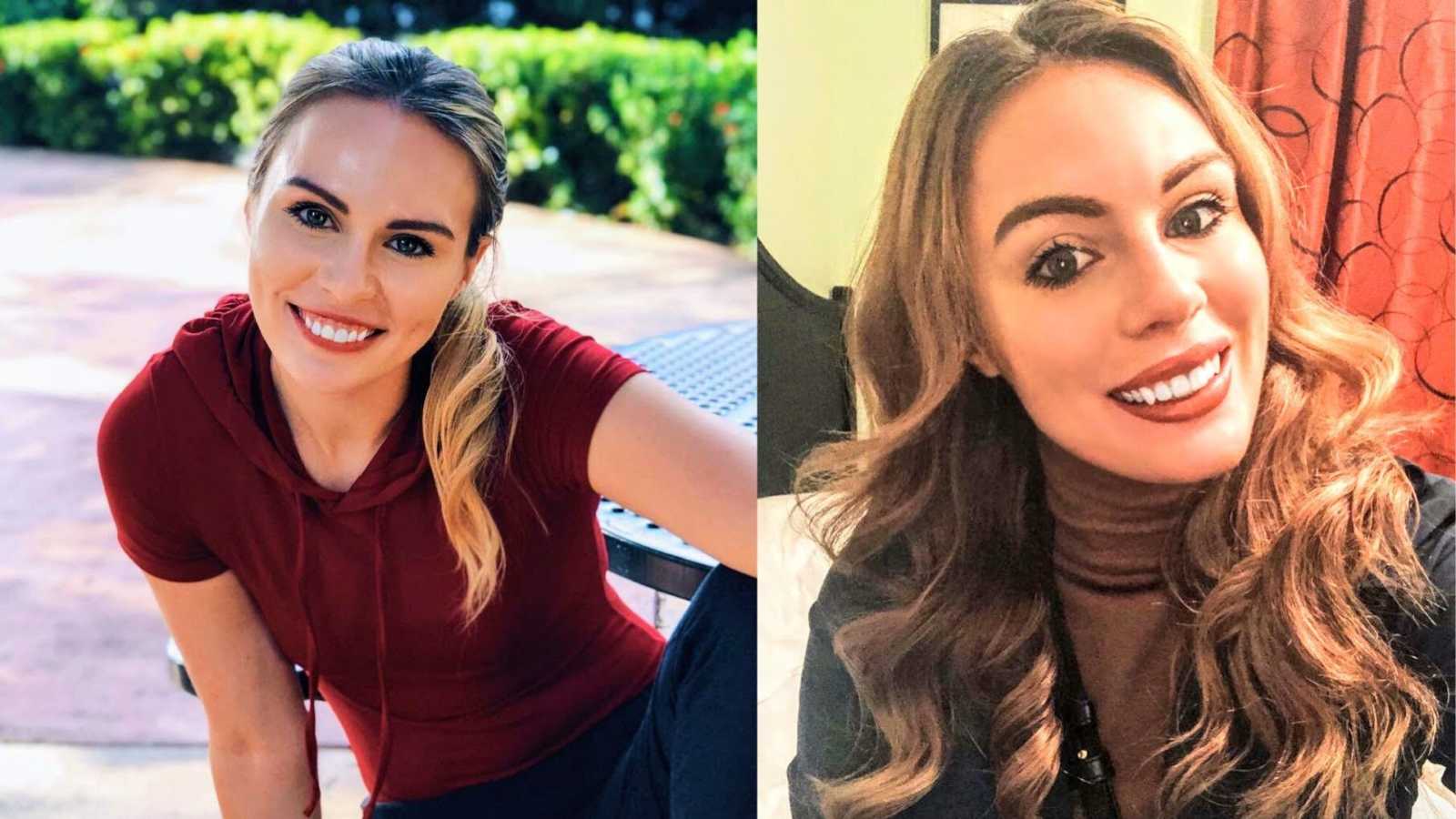 “I don’t think you are ever truly ready to write it all down.

You hear or read about the worst human trafficking stories in some third world country or happening to a new immigrant in the United States. You couldn’t possibly imagine it happening to someone you know or well, you. And why not? Because you are a tall, white girl pursuing your dream career in New York City? Can you remember what you were doing at 20 years old? When your biggest concerns were getting to work on time or studying for the final exam in college?

Yeah, that’s exactly why I never thought human trafficking could happen to me.

I never bothered to learn about human trafficking in the past. Maybe I was too young or naive to take the time to learn about it. Maybe, I was too self-absorbed in my own world to even turn on the news and by happen chance see a story about it. Maybe, it was because I was not taught about human trafficking in high school. Maybe, my parents did think to educate me about it because no one had taught them, or perhaps, it was because this was a black or hispanic problem in the urban city, not a small country, hometown problem.

Maybe, all of these reasons are why it happened to the unlikely white, tall New York City model.

I’m like most women. I want to be seen. Starting at a young age, when I walked into a room, one of my deepest desires was to be noticed. I wanted those around me to affiliate the name of Airica with beauty, intelligence, and talent. Like most women, I wanted to create beauty in a world that seemed to be constantly moving toward darkness and disaster. Therefore, when I was 5’8” in height by sixth grade and offered the opportunity to become a working fashion model, I took it.

Most people affiliate modeling with being glamorous. They see the final results in magazines or on fashion runways. 99% of the time, they don’t see the enormous amount of pressure on being skinny and flawless. My mother was the one who helped me manage a lot of the anxiety, but while the end product is glamorous, the journey certainly is not.

Don’t get me wrong. Modeling has a lot of perks. In addition to wearing the season’s latest fashions and occasional free products, I traveled the country and the world. Some people barely get to leave their hometown counties, so I know I was very fortunate to leave my small country town to see the world. But the world is a scary place. If you don’t know how to protect yourself, you become vulnerable to exploitation.

Sadly, I learned this the hard way when my modeling career came to an abrupt halt.

My parents made sure to raise me strong and brave. Starting at just a toddler, I remember my mother insisting I order my own food at restaurants and study every science book available. My father made sure I knew that just because we were not the richest family or the fact that I was a girl, did not make a difference. He always encouraged me to pursue whatever dream made me happy.

For over a decade, I pursued modeling while maintaining my studies. For most of my life, I had aspirations to become a physician and work in healthcare like my mother. Modeling helped pave that way as it helped finance a lot of my college tuition and living costs. By the time I was a freshman in college, I had stopped modeling in order to focus on my next career move in healthcare. And perhaps if the 2008 recession had not hit America resulting in the loss of a scholarship, I would be a physician right now instead of a human rights author and public speaker.

But in 2008, my world was turned upside down with the loss of the scholarship. By the time I was a junior in college, I knew I was going to need more money in order to pay my tution fees. When an opportunity was referred to me to go be with this new modeling agency in New York, I thought this could be a great way to make some money over break while doing something I love.

In the beginning, this agency seemed like all the others I had been with for the decades of my life. I had lived in modeling housing before and understood the distressing conditions. But over the course of a couple months, I realized this was anything but a traditional model house and agency. Using coercion, fraud, and force, I succumbed to the exploitation of what I now know was human trafficking.

In short, I was kidnapped, drugged, beaten, and taken advantage of repeatedly by traffickers targeting the models of this agency. The exploitation lasted for months until I was finally able to break free and contact law enforcement. After this tragedy, I was a living corpse. I battled PTSD, relationship issues, and medical issues. It resulted in my whole world changing.

I wish I could tell you all the details step-by-step of what led to the most horrible moments of my life. But to be honest, there are moments in my past my mind will not let me remember. It is like your mind protects you from events that are too traumatic to relive. That is survival.

As I said, my exploitation came from a false modeling agency operating a model house in New York City. While I had no idea back then, I would eventually find out it was a false company ran people who were dead. Sound weird? Well, the people I saw were very much alive, but their identities belonged to dead people from other states. That is a whole different rabbit hole though.

At the time, I didn’t know about how traffickers use psychological warfare against you to shift your identity, how they influence you financially to where you are physically dependent on them. Then eventually over time turn you into a commodity.

When my trauma occurred, my life’s purpose was shifted. As a small town girl wanting to be heard and grow up to help people as a physician, this part of me seemed to be dimmed in comparison to the overwhelming calling to help other survivors of human trafficking exploitation.

While on my healing journey, nonprofits and federal agencies helped me. They also empowered me to start sharing my story on stage and through an active blog, which I now call Flying with Air | The Blog for Every Survivor. Over the course of five years, I’ve found myself assisting with victim rescue, helping survivors find resources, spreading awareness across the United States and France, and mentoring women of all ages on overcoming exploitation. In a way, I did what I originally wanted; I was being heard while helping others heal and move forward in their lives.

Yes, I am a human trafficking survivor. But I am so much more.

And if you have been a victim of human trafficking, domestic violence, abuse, abandonment, PTSD, or medical health on the brink of death, I understand your pain, anger, and sadness. Our stories may be different, but please know you are not alone, but deeply loved. That is what the survivor community was created for, to inspire and know you belong.

You are not defined by your past or what others have done to you, but how you choose to move forward and grow from it. ”

This story was submitted to Love What Matters by Airica D. Kraehmer of Miami, Florida. You can follow her journey on her Instagram and her blog. Submit your own story here, and be sure to subscribe to our free email newsletter for our best stories. 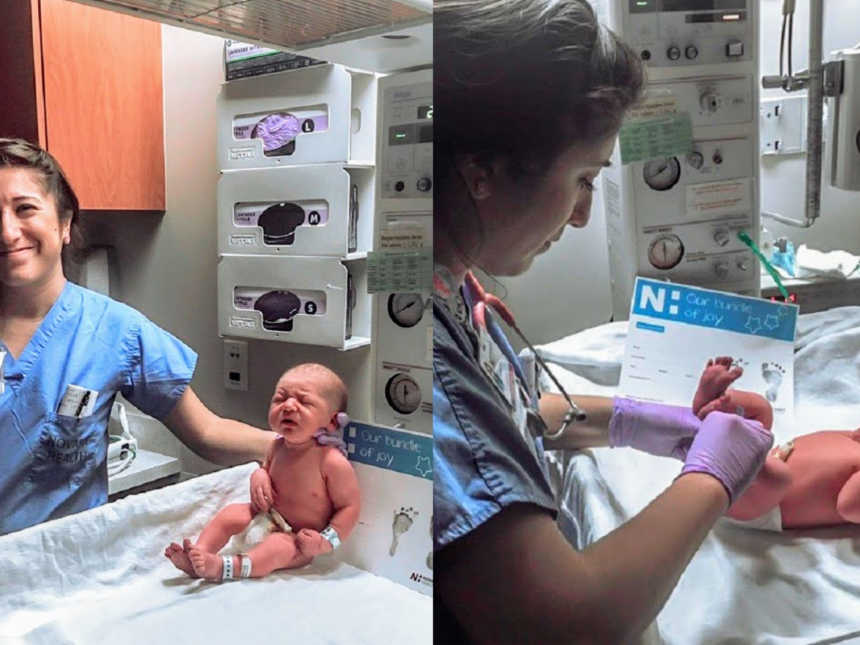 ‘Everyone poops during labor,’ she warned. It was my first time. I couldn’t stop asking questions. ‘Is it normal my water hasn’t broken yet?’ ‘When do I push?’: New mom shares labor experience, thanks nurses for support

“My questions didn’t stop there. ‘Is the baby okay?’ He was covered in white slime. ‘Should he be that color?’ I felt so completely unprepared. These women never looked at me and said, ‘That isn’t my job.’ That is a hero.” 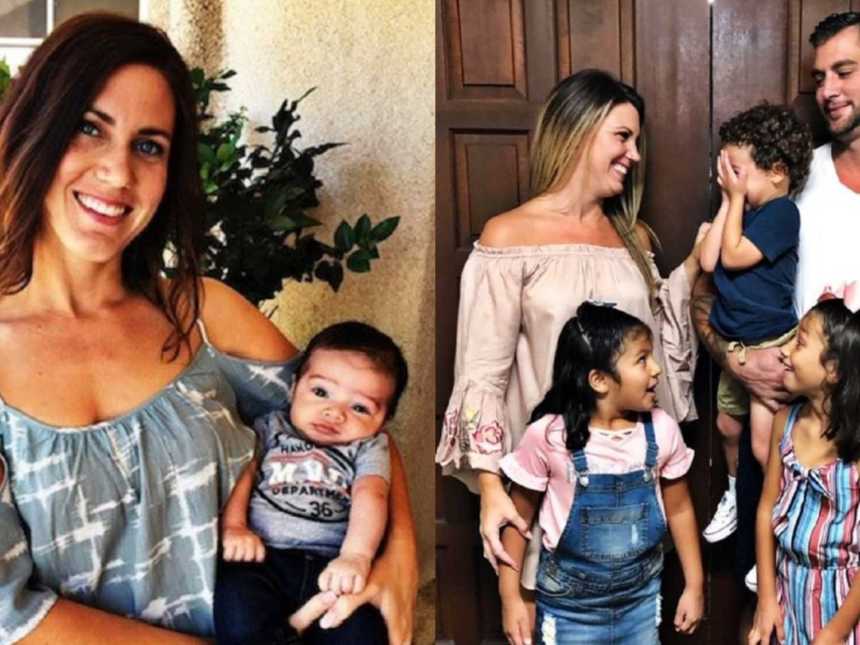 “She had been left in a bush in the freezing cold and was miraculously found. This little girl that had been unprotected and forgotten—was being held safely in my arms. ‘Don’t become a foster mom as a single woman. It’s a death sentence. You’ll be single forever.’ I had a decision to make.”