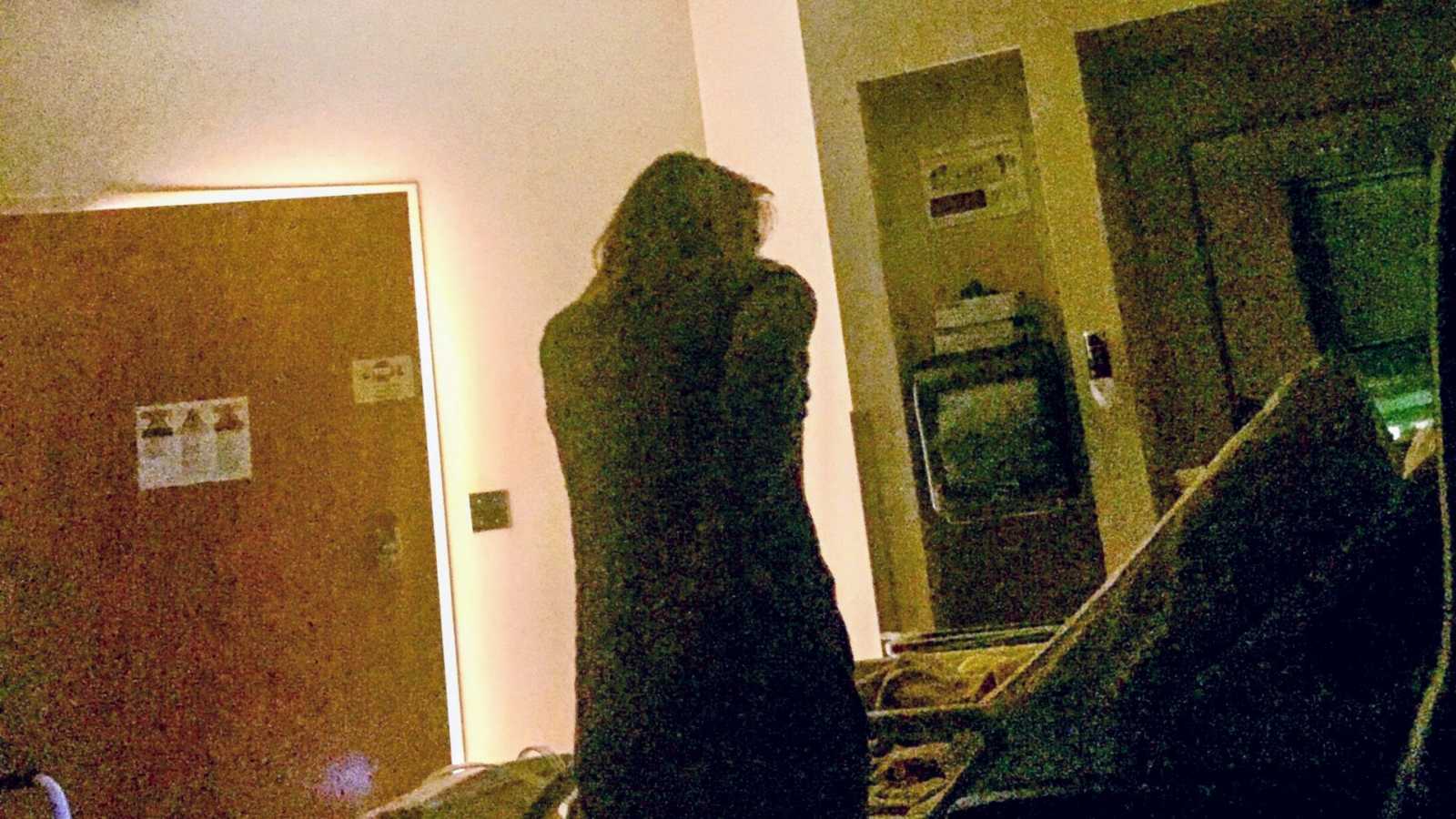 “In the hustle and bustle of life, we get distracted easily. Or, at least, I know I do. I worry about my job, my pets, my friends, my growing number of unopened emails, and my enormous stack of laundry. The day-to-day rush of trying to get everything done is overwhelming.

But life has a way of slowing us down.

All night, I woke up to the sounds of raspy coughing. Occasionally, the light from the opening of the door to the hallway would break my sleep as a nurse came in to read vitals. But no matter how quickly I woke up or swung my legs over the edge of the couch bed to lend a hand, my mom was always quicker. With a murmured, ‘Lie back down,’ she would slip over to my Maw Maw’s side as she lay in the hospital bed, disoriented and often choked by phlegm as she recovered from pneumonia.

Illuminated by a crack in the door and holding a suction straw to her weak mother’s lips, Mama patiently reassured Maw Maw time after time that she was fine, that she was safe. Even though I myself was partially asleep, I could hear the care in her voice each time she moved to stand by Maw Maw… one, two, eight times that night. It brought back memories of the many times Mama reassured me in the middle of the night when I was sick or woken up by nightmares. Though she might have worked two or more jobs that day, she was attentive and unfailingly kind as she held back my hair, turned on another nightlight, or rubbed my back until I fell asleep again.

By 6 a.m., the window in the hospital room was beginning to lighten, and Mama had been fully awake for more than an hour. Despite the fact that she’d slept in maybe 30 minute increments that night, she was up for the day. I, at least, could pull on a sweater and slip down to get us that first cup of coffee.

Reaching the main floor, I followed signs around the hospital, looking for the cafeteria Mama had shown me the previous day. The previous afternoon, after my flight had gotten in, we’d taken a lap around the hospital where Mama had been living for nearly two weeks so she could be there at all hours for Maw Maw. The night I was there, when Mama woke up every half hour to Maw Maw’s coughing or to a machine’s alarm blaring, was only the most recent night in a row of her vigil.

On our afternoon tour, Mama had walked more slowly than normal but confidently; she was never lost and clearly knew her way around the wings. She wanted to check on her new friends from the ICU waiting room. At the ICU, visiting hours had passed, and the women she’d wanted to check on had stepped out, maybe for some food or a phone call or to change clothes. Mama pointed to the uncomfortable, standard office chairs stacked with blankets and personal items, quietly telling me about the families who’d slept in the waiting room alongside her. Mama knew their names, the reason each was waiting outside the ICU, and how long they had been at the hospital. Many had been there longer than her, and she knew some families would leave the hospital heartbroken. Maw Maw, at least, had recovered enough to be moved to a standard room, and yesterday, as we made our way back to that room from the ICU, Mama insisted we stop at a stall so she could buy me a snack.

The woman is a consummate carer. It is her most defining trait, and the one thing any person could tell you about her. She loves big, and she loves hard. She loves the things that matter.

She loves people most of all. My friends from childhood and from college alike call her ‘Mama Claire,’ a play on her given name, and a celebration of her place in their lives. In high school, she’d scrub the house and whip up her famous chicken alfredo for study groups that invaded her home for hours. When I was 26 and living thirteen hours from home, I’d receive pictures of her and my stepdad hosting my old college roommate and her current boyfriend for dinner. She was the favorite room mom in elementary school, leaving work early to bring ‘Fun Friday’ activities to the school and leading my class in building handmade kites. Last New Year’s Day, she stopped and waited outside in freezing weather after noticing a man locked out of his car to make sure he was helped. When our dog, Ginger, was in her final days, Mama slept on the edge of the dog bed on a wooden floor to make sure Ginger (hard of hearing and with bad eyesight) wouldn’t be alone and scared.

She hosts parties, makes ‘Welcome Home’ banners, works long nights and early mornings, supports her friends’ businesses, tends neighbors’ yards, and volunteers with multiple groups. She is the emergency contact for so many people, simply because they know her, count on her, and love her. She chaperones, she waits by the phone, and she sends ‘just because’ cards when you’re having a tough time.

Back in the hospital, a cup of coffee, size small, with half a sweetener and some creamer to take off the bitterness, seemed like the smallest thing I could do for my mama that morning. After all, it was a big day, as Maw Maw was getting released to return home, and we needed to pack, complete final tests, and make sure transportation was set. But for Mama, the most caring and hardest loving woman I know, I think it was enough to know someone else loved her, too.”

This story was submitted to Love What Matters by Mary Wolverton. Do you have a similar experience? We’d like to hear your important journey. Submit your own story here. Be sure to subscribe to our free email newsletter for our best stories, and YouTube for our best videos.

‘Nobody said, ‘Thanks mom, you’re doing a great job.’ But I hope you know… You are.’

‘Who is going to pay for them?’ The years brought 7 more kids. ‘Are you crazy?’ Maybe.’: Mom chooses to have large family, ‘We had less money, but more love’