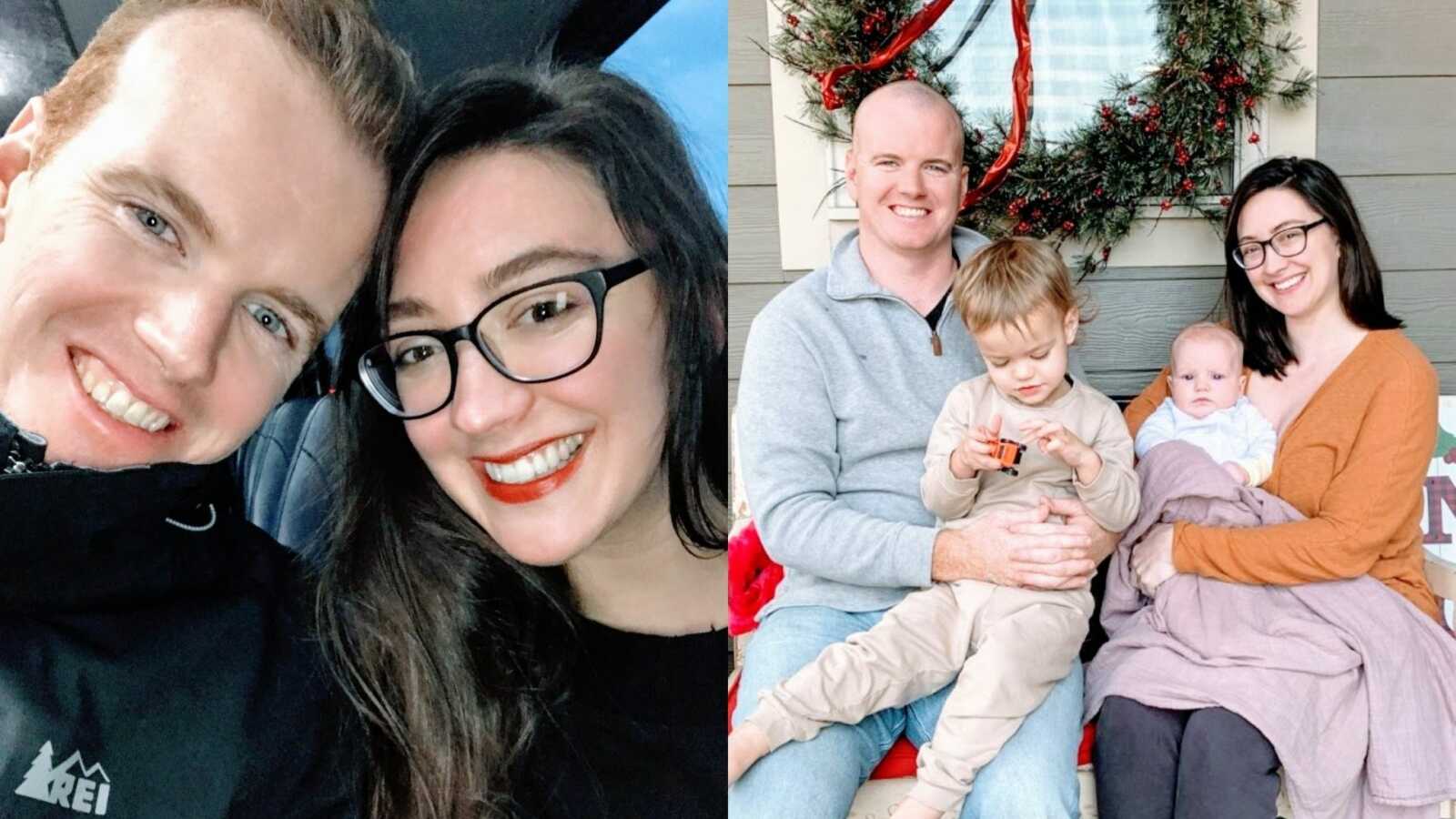 “I’d lived in a tidy one-bedroom apartment, just like I’d always imagined I would, and was managing to survive on a grad student’s salary in my mid-twenties before I met my now-husband. I’d just moved back South from Cambridge, Massachusetts, where my longing for warmer weather and more affordable housing won out over my desire for prestigious intellectual pursuits.

I’d cut my rent price in half, yes, but then I found myself in a city full of strangers, starting over yet again. The one person I’d known there had blown me off, and I was in a bit of culture shock at how non-intellectual the people I met in my new program were. I thought we’d be discussing Foucault, but instead they talked about all their feelings.

I often knew the latest research better than the professors, and the department chair argued regularly with me in class and once called me ‘controlling.’ Later one classmate confessed she found me ‘scary and intimidating, and way too smart.’ I’d tried to conceal a pleased smile when she told me this. The truth is, beneath all the brains I’m extremely sensitive. ‘Smart’ was just how I’d survived, and the only thing I’d ever been any good at.

These same smarts landed me a second job at a tutoring center where my now-husband worked. When he asked me out to coffee, I had high standards but low expectations. I was still recovering from my last date the year before, with a guy who rear ended my car and then asked me out to dinner. Seeing the potential for a meet cute (and a free meal), I agreed.

After 30 minutes of driving down dark roads to a ‘surprise,’ as he’d called it, I‘d been convinced he was taking me somewhere to kill me. Just as I was praying to God to let it be swift and painless, the guy pulled up behind some building, put on a headlamp he’d procured from under his seat, literally jumped in a dumpster while I waited in his car, and returned with some oat bars and a bottle of orange juice. Not the free meal I’d had in mind.

After that, the most amusing of my countless dozens of dead-end dates, I as a rule said no to any date-flavored invitations. But he had kind eyes and it was still daylight, so maybe coffee in a public place wouldn’t be terrible or potentially life-threatening. As soon as we sat down at a patio table (far away from any dumpsters) at the nearest coffee shop and started talking, I knew this was going to end differently.

I can’t recall what we talked about then; I just remember he felt like coming home. It wasn’t the home where I’d grown up the only child of a teen mom who’d married an abusive alcoholic she incorrectly assumed was my father, who himself had been in and out of prison and had faked his death to evade federal arrest. No, it was the home I’d been secretly building in my mind my whole life to keep my inner child safe from the memories of her upbringing—just as I’d been secretly reading books about heathy relationships because I’d never seen one up close in real life. I was terrified to repeat the mistakes of my mother, and of her mother before her.

We went back to work after the hour was up, but we made plans to grab drinks after, even though I had a midterm exam the next morning. I waited for him to finish his last tutoring session at 10 p.m., then we walked to a pub where we ate fried pickles as he found himself unsure of what to talk about now that we were on a ‘real’ date.

‘Tell me something weird about you,’ I said, trying to help him out. Long pause. ‘Um, I’m allergic to belt buckles,’ he replied. After being immersed in dating culture for years, I found his inexperience endearing, however awkward.

After we walked back to our cars, we somehow ended up sitting in mine and playing all our favorite songs for each other for hours. Around 5 a.m., we drove separately back to my place to make a breakfast of bacon and coffee, followed by a stop at my favorite coffee shop. Even though we hadn’t slept at all, something within me didn’t want to end this longest first date. It felt like I’d finally found warm shelter after walking miles in the snow. When he dropped me off at campus, I knew we’d be seeing each other soon. And yes, don’t worry, I aced the exam.

Within a week we were spending all our days together, going on hikes and road trips and to farmer’s markets and more coffee shops. When he moved into a new apartment a month later, we got a dog and I moved in, too. I’d finally cared about something more than my academic identity – the only identity I really had outside of surviving a tough childhood.

But sharing space wasn’t without its challenges, even though he was easygoing. He was also a self-admitted first-rate slob and I was a meticulous housekeeper; the early years of our relationship saw my low-grade resentment about having to always clean up after him. Even so, about a year later we were sitting on the couch and decided to get married. I don’t remember how it came up, but he said, ‘March 14th is pi day. Let’s get married then. You know, because circles go on forever and stuff.’

‘Aww, that’s somehow both the nerdiest and most romantic thing you’ve ever said. Okay, but I’m not changing my last name.’ I smiled. ‘Me, either,’ he said. We got to work right away on our wedding day playlist, and we did indeed get married the following pi day.

It wasn’t until after our first son was born almost three years later that I gave up collecting degrees. I was still running my own business, though, and afraid to surrender being that ‘way too smart’ person in the room. Three years more and our second son had just arrived, and I’d finally let it all go: the academic persuasions, the striving, the perfectionism. I stopped clinging to my creature comforts of curricula and syllabi and offered up my old ego as a sacrifice to become a better, more complete self.

My husband and I still stay up late, but now each morning I wake up with a bed full of my little growing family and pray to be the wife and mother they need me to be. I no longer complain about messes and have given up keeping our place spotless, because I’ve realized housekeeping isn’t the same as homemaking. I’ve traded my textbooks for cookbooks and would rather snuggle my babies than publish my research findings. Now I’m free of the clutches of academia and my own anxious ambitions, and life is sweeter for it. Even if I still refuse to change my last name, I’ve learned to do everything with love—even the dishes.”

This story was submitted to Love What Matters  by Jaclyn DeVore of Chattanooga, TN. You can follow their journey on Instagram. Submit your own story  here, and be sure to  subscribe to our free email newsletter for our best stories, and  YouTube for our best videos.

‘I posted a book review in a Facebook group. ‘Thank you for your review.’ It was the author.’: Woman shares chance encounter love story, urges ‘don’t ever stop talking about your passion’

‘Do we know each other?’ I remembered the mystery guy’s friend request. I was SO nervous.’: Single mom meets man of her dreams, he adopts daughter after ‘blossoming’ relationship, ‘He hasn’t left’

‘We met when we were married to our second husbands.’: Lesbian couple share journey blending families, having transgender child, ‘Find people who accept you as you are’

‘He introduced himself and offered to clean a room in our house for free. I listened because he said ‘free’ and also because our entryway needed to be burned or bleached or both.’: Woman recounts meeting the love of her life