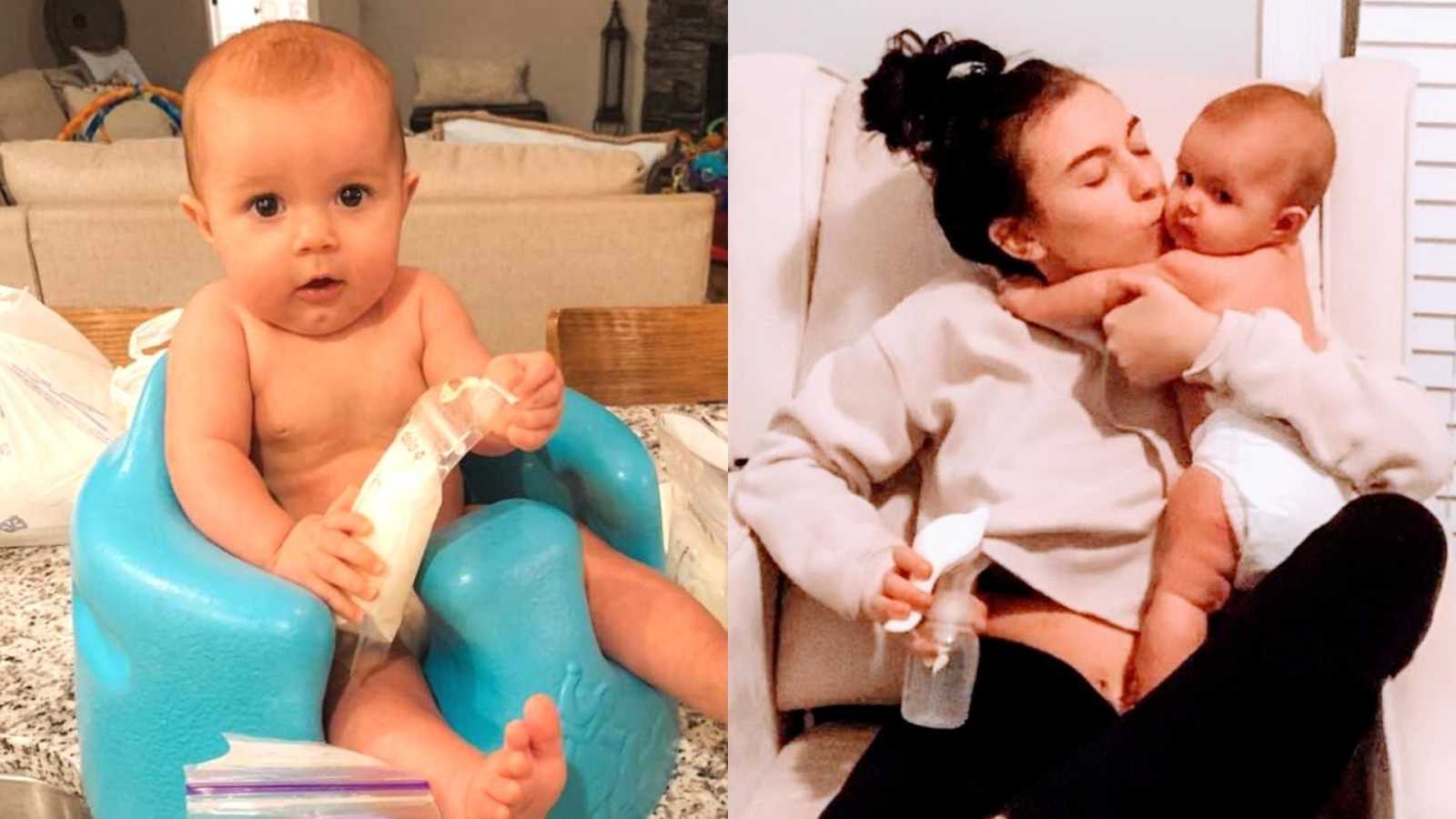 “‘Oh you’re vegan?’ my OBGYN doctor asked me. I could feel the judgment and skepticism in his voice. ‘Well, you better change your diet now if you want to have a healthy pregnancy and a successful time breastfeeding. You simply cannot produce enough milk for a baby on that kind of diet.’ Little did he know, soon after delivering, I would be producing enough milk for not only my own baby but also two others.

As a brand new first-time mom, I had no idea what was ‘normal.’ When my milk very first came in, I didn’t know not every mom produces that much. It wasn’t until I mentioned to my mom I was considering buying a second freezer to keep my milk in, because there was no room for any food in my freezer, and I was met with shock I had that much milk at only 2 months postpartum, did I realize.

I was laying in bed one night and I came across a post on Facebook about a mother who was unable to produce breast milk but had a young baby with several allergies that made her unable to eat formula. When I read that post, I felt convicted to help. I reached out to that mom and met her the next day with a whole trunk full of milk. She was so grateful for the 800 ounces I had given her and her baby that she began crying. She reached out to me a few months later telling me about how much better her baby had been feeling since she began eating only the breast milk I had donated to them.

I then realized how helpful my breast milk could be to babies who had food allergies or intolerances. Me being vegan meant my milk was ideal for babies with dairy allergies, who couldn’t handle the dairy ingredients in formula. I soon was exclusively nursing my baby and pumping for two other babies whose mothers had reached out to me. I felt as if I was always attached to a breast pump, and it was exhausting at times. When I would get frustrated with feeling uncomfortable and the constant pumping, I would just remind myself what I was doing it for. I knew I would want someone to help me if I was in their shoes.

Pumping for two babies and nursing a third was incredibly time-consuming. I estimate I spent at least 4 or 5 hours a day attached to a pump. I would set alarms to wake me up in the middle of the night so I could get up and pump while my baby slept. I would nurse my daughter off of one side and then pump off of the other.

Throughout my pumping and nursing journey so far, I have successfully donated over 1,000 ounces to three different families and also to the babies in need at the NICU at my local hospital.

In one instance, I had a mother reach out to me telling me that her baby was very sick and the doctors told her breast milk may help him get better quicker. I filled her up a few grocery bags full of my milk from a freezer I kept in my garage. She messaged me a few days later that after feeding him my milk, her baby finally rested for the first time since getting sick. That the antibodies in my breast milk must have been helping him. Moments like that remind me why I do what I do. Those are the moments that keep me going when I feel like quitting.

‘You could probably make some serious money from all this,’ a friend of mine said, looking at all the bags of milk in my freezer. As a new stay-at-home mom, the thought of some money coming in on my own was tempting, but then I remembered the look of pure appreciation on the mom’s face when I gave her enough milk to feed her sick baby for a few months. I realized that was payment enough for me.

In the end, I feel so honored to be able to play a part in the healing of sick babies, to provide nourishment for my own child, and give other babies the nutrients they need. I’ve never felt more proud of my body than I do now.”

This story was submitted to Love What Matters by Lauren Maners from Lexington, TN. You can follow their journey on Instagram. Do you have a similar experience? We’d like to hear your important journey. Submit your own story here. Be sure to subscribe to our free email newsletter for our best stories, and YouTube for our best videos.

‘I lay in bed with wires and IV’s attached to me. A nurse walked in, armed with a breast pump. ‘You need to start pumping,’ she said. Excuse me?’