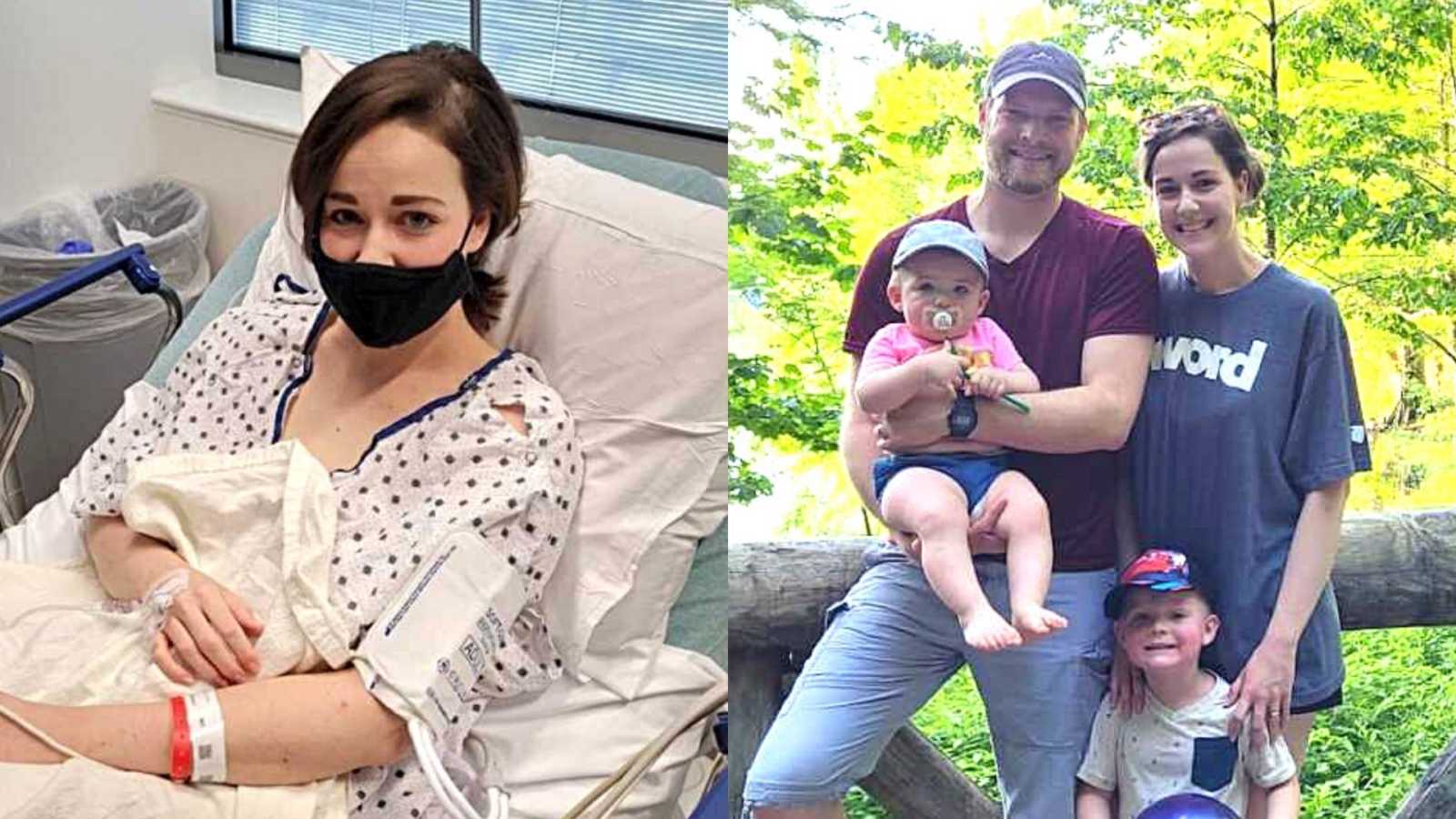 “One in 100,000. I never would have dreamt that a disease with such odds would affect me. A small-town girl living in the hills of Arkansas.

I grew up being relatively healthy. I was a normal active kids who loved life! While illness was often more difficult for my body to get through than my five siblings, I really wasn’t sick often.

I was a young 19 years old when it happened for the first time. The beginning inklings of this disease. ‘It’ was a ‘grand esophageal spasm.’ My family was driving home from a party late one Saturday night. I remember the road was winding and long as only rural Arkansas highways can be. No cell service for miles. Not another car in sight for long periods of time. Sleepy little towns had their lights shut off for the evening. All was quiet and dark. I’ll never forget the pressure and tightness that started creeping into my chest. Pain crept up from my sternum into my throat and before long, the paralyzing sensations had me taking short panicked breaths. My parents had no idea what was happening, but feared a massive allergic reaction. I remember my Dad putting on the car flashers and whizzing around the curves in the road looking for a gas station- anything that might sell an antihistamine medication. After wheezing for air from the pain and doubling over, I was already worn out after a few minutes. We found a secluded grocery store, thankfully. The medicine seemed to provide relief and we finally made it home. I was so worn out that night and the next day.

Over the coming months, I had more of these odd episodes. I went to my doctor and was referred to a pulmonologist. Before long, I was misdiagnosed with asthma and after many tests, was put on steroids and inhalers. They didn’t help, and the episodes continued. We went on to see several other specialists and had even more tests. Difficult tests, frustrating tests. I became discouraged after a couple of years and eventually said ‘no more’ and stopped trying to find answers. I was young and wanted to live life and cope. I found a few home remedies that soothed the episodes somewhat, and just muscled through the bad days.

When I was about 23, I began choking on tough foods. I always attributed it to my bad habit of fast eating and ignored it. There were still many scary episodes of pain and terrible choking. I got married in 2017 and over the years, these symptoms just became something I just got used to. Two babies came and I’m now 28. Suddenly, everything escalates. I can’t eat or drink without throwing up. It was fall of 2021. I lost weight very quickly and became depressed and weak. Life was so hard and I had two very young kids (barely 2 and 3 months old).

I finally decided to go back to seeing a PCP and just start over. Get to the bottom of everything. I did. And miraculously, after several tests, it was found that I have a very rare disease called Achalasia. The nurse that called me couldn’t even pronounce the disease or tell me anything about it. I’ll never forget that phone call. I soon learned that this particular disorder affects my upper GI system. The body attacks the nerves in my esophagus and kills them, making the muscles unusable. So, swallowing becomes difficult or impossible. The end of the esophagus tightens and makes a ‘bird beak shape.’ This disease only affects one in 100,000. It was not common or known about where I live, so we started researching and discovered the excellent team at Cleveland Clinic run by Dr. Siva Raja. I was quickly scheduled for surgery to open up the bottom of my esophagus, which had tightened to a point that very little could pass through to my stomach. My health was failing me. My bones and muscles weak. I had hair loss and crazy skin rashes from lack of nutrients.

Let me tell you. Life was hard. I awoke exhausted. My body was worn out from malnutrition. I had major anxiety at every meal and got to a point where it didn’t feel it was worth it to eat. I would just throw up moments after a few bites. Even my coffee would get stuck in the mornings. I became discouraged. Really, the only peace I had was just hanging on to my faith. That God was going to sustain our family.

Being a mom and sick is hard. My heart has softened tremendously towards other parents who are chronically ill. I was breastfeeding my daughter who was only 5 months old when I was officially diagnosed. Through many tears, I decided to transition to formula so my body could recuperate the calories as I lost weight. My toddler ran circles around me with his energy. I grieved the loss of what life would look like in the future. Would I have to eventually need a feeding tube? My esophagus removed? Can we have more kids? My mind filled up with questions. I had a quick procedure done last winter (a dilation of the esophagus with botox injections) to force the lower esophageal spincter open so that food could pass by gravity. This was a short term help, and my gastrointerologist told me that due to my young age and fragile state of health, he would only perform this treatment once and my only option was surgery. Soon.

May 20, 2021. My day. Surgery day. I could write pages and pages about the thoughts and feelings leading up to my time at Cleveland Clinic for life giving surgery. We were so well taken care of. I felt confident in my provider and his team. Surgery was not easy. Recovery was truly the hardest thing I’ve ever done. But NOW… now, I had a chance at life.

So here I am. Seven weeks post op and able to eat a little more! I am not cured and this disease is progressive, but things are brighter! I’m gaining weight, soft foods are going down, and my stamina is climbing.

It would be a lie if I said everything was all better. It’s not. This is chronic. This will be my life. I still choke and feel sick many days, or have massive spasms and pain. But here is the thing; I have to celebrate the little victories. That’s how we get by, right? I am grateful for more energy to chase my little treasures. Hopeful for the years ahead, and thankful to my care team who saved my life. And of course, my precious family who stays forever my constant and the One who gave them to me. If I have learned anything through my journey, it would be to just do the hard things. Do them for you and for those you love. And never … ever stop fighting.”

This story was submitted to Love What Matters by Anna Powell. You can follow her journey on Instagram. Submit your own story here and be sure to subscribe to our free email newsletter for our best stories.

‘How did I end up in a wheelchair from a bite? By my early 20’s, I was completely bedridden.’: Woman details ‘loss of faith’ while searching for Lyme disease diagnosis

‘My whole life turned upside down. I’ve experienced what ‘in sickness and in health’ TRULY means.’: Mom diagnosed with rare Tarlov Cysts, chronic illness, ‘I learned what sacrificial love is’

‘It’s probably stress.’ My newly retired parents became full time caregivers. Waking up was worse than my nightmares.’: Man with chronic illness turns life around, ‘I turned pain into purpose’

‘The nurse checked if my skin was salty to confirm her suspicions. She was right. I came out of the hospital and immediately changed my job.’: Woman diagnosed with ‘life-threatening’ Cystic Fibrosis, ‘I couldn’t be more alive’ 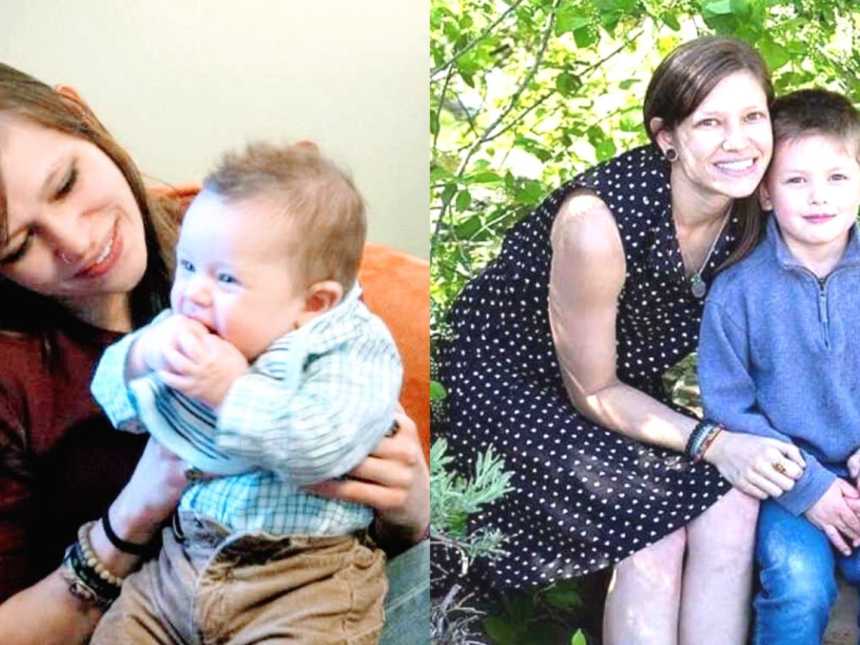