“My husband used to come home from work to find the girl on the right.

It wasn’t much but she tried.

Now, on most days, he comes home to find the girl on the left.

The one with spit up on her shirt and unwashed hair.

The girl with a lame attitude and not a whole lot to say about anything besides poop.

At least you might not think that she’s trying.

The truth is, the girl on the left has been trying all damn day.

She tried to wash her hair.

She tried to change her clothes.

She tried to make herself something to eat besides toast.

She wanted you to come home to girl on the right.

That crap, it didn’t fly.

Girl on the left was running around with two kids wrapped around her legs half the day.

The other half, she was down on the floor racing cars and dancing to a little something called baby shark.

Girl on the left is spent.

Girl on the left ain’t got no damn time for anything but a ponytail.

Good news for her husband, she also doesn’t have any time for a bra 😉

Girl on the left though, the disheveled looking one, she’s earned his everlasting love and ultimate respect.

Girl on the left is the mother of his babies, and nothing is more beautiful is his eyes.

Not a little bit of rouge. Not a sexy bra.

For him, spit up and unwashed hair is where it’s at.

I mean, at least that’s what he says.

Either way… bless him.” 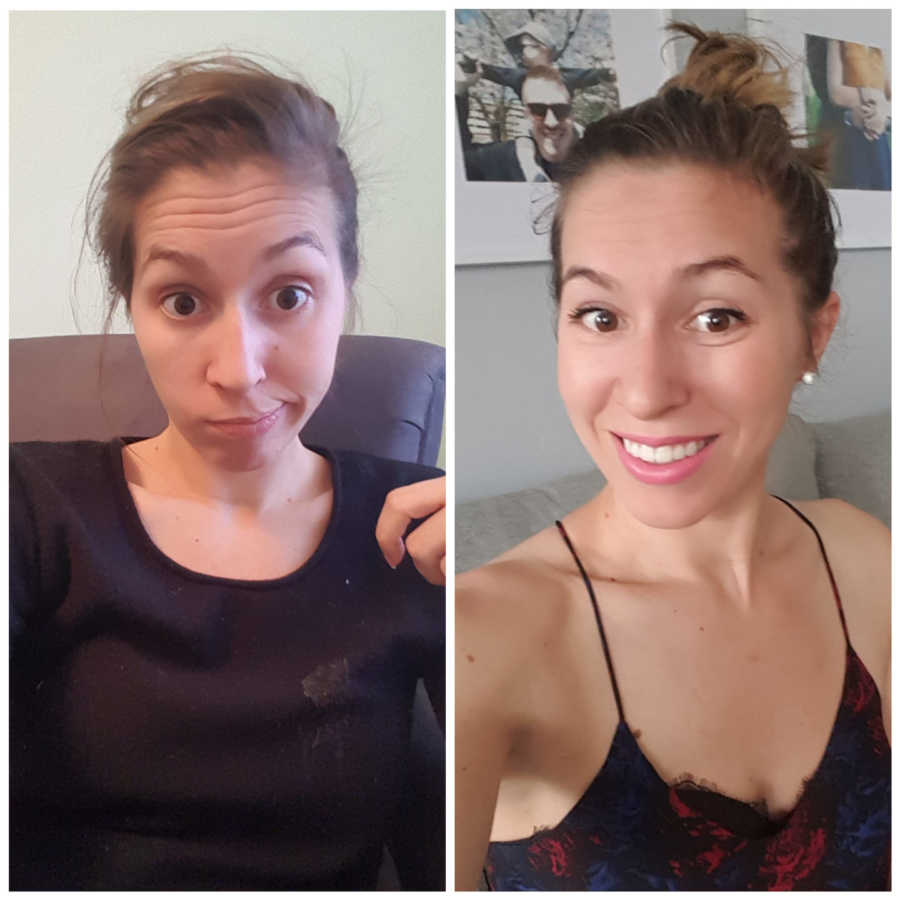 This story was submitted to Love What Matters by Annie Lawton of Grown Up Glamour by Anneliese Lawton. Follow her on Instagram here. The article originally appeared here.  Submit your story here, and be sure to subscribe to our best love stories here.