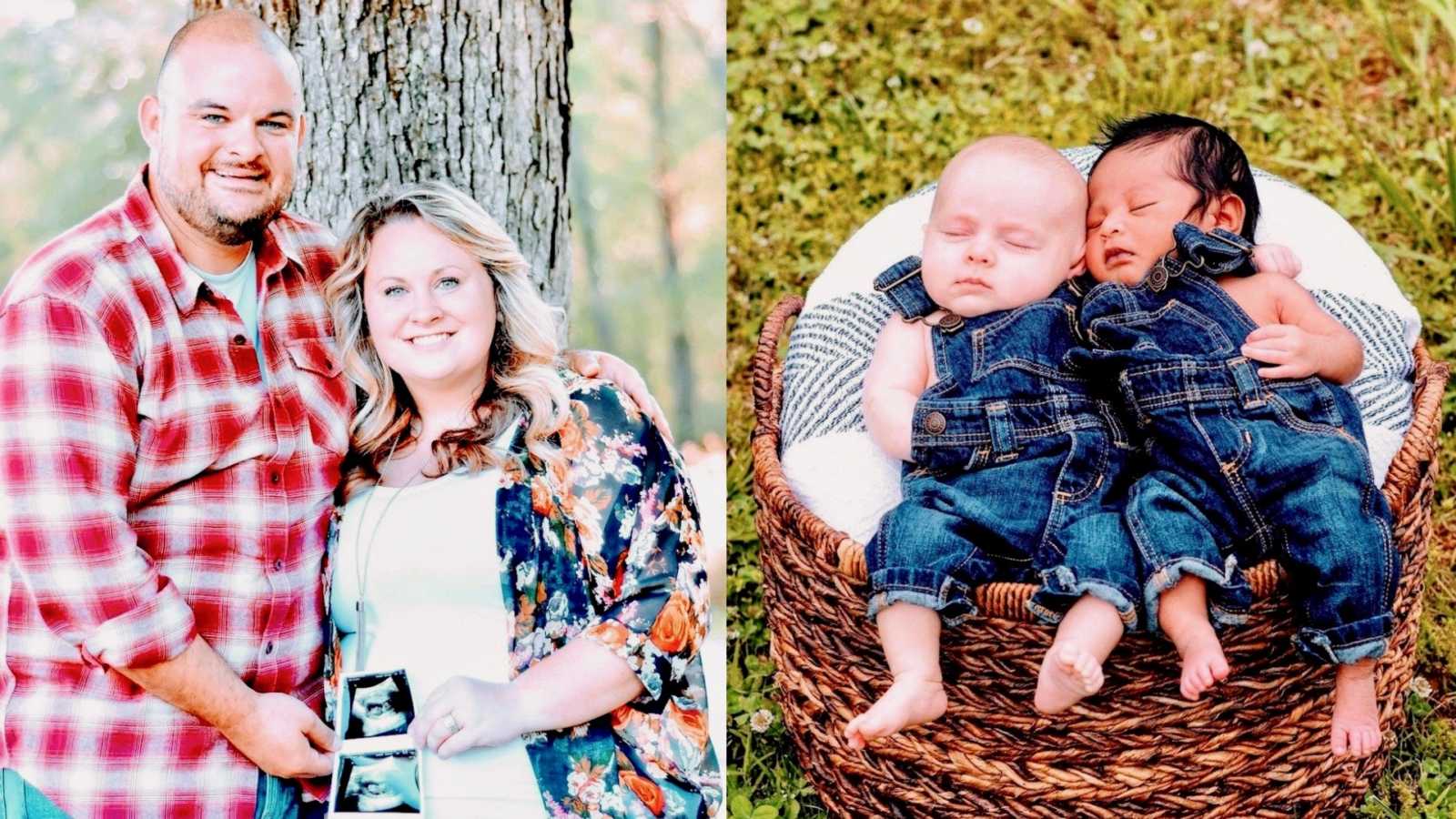 “I have always been a planner. A few months after my husband and I got married, we decided to start trying for a baby. After trying for several months, I realized I couldn’t plan for everything. In November of 2015, we went to visit the OB after trying for a year to get pregnant with no luck. We were hoping for some answers but got few. He referred us to a fertility clinic. The very next week, I was preparing for an HSG (a procedure where they make sure your Fallopian tubes are clear), and the next month, we found out that I was pregnant. Jarod and I were so happy. However, our elation soon turned to tears when I miscarried a few weeks later. This was the hardest and most frustrating thing either of us had gone through. I couldn’t understand why all of these other people were getting pregnant and having healthy babies and we couldn’t.

By the summer of 2017, I felt like we were being led to adopt. I brought it up to Jarod, but he wasn’t on board. He is usually pretty willing to go along with my ideas, but this time was different. I stopped mentioning it but began to pray that if it was God’s will for us to have a child through adoption, He would change Jarod’s heart and make it possible for us to adopt. In November, I started to feel like God was telling me to stop the fertility treatments, but I didn’t want to let go of control. Then, Jarod told me he wanted to move forward and pursue adoption. Wow. I was shocked.

We began the process with background checks, home visits, paperwork, doctor visits and classes. We worked and worked on our profile book to get it approved. After months of work, our home was finally ready and open for a baby. That was January 1, 2018. When we announced we were adopting, one comment that stuck out to me was, ‘Once you adopt, you’ll get pregnant. It happens to everyone.’ I hated that comment.

In February of 2018, I was in the middle of a fertility treatment and I just knew I wasn’t pregnant. I started praying that if we were supposed to stop treatments, God would give me some kind of direction. I needed something to help me know that we were making the best decision. I was so worried that my husband would think I was weak for wanting to stop. I questioned if he would think I was giving up on our dreams of having children.  And then one morning, I woke up and had a completely different mindset. I just had a peace about everything. I told my husband I was done with fertility treatments and I never wanted to do them again. His answer? ‘I know. I know you have been done for a while, but I knew you had to make that decision for yourself. I love you no matter what. You are the toughest person I know for everything you have gone through for us.’ I knew right then that God had a plan for us. We just had to trust Him.

By June of 2018, we had switched adoption companies, and our house was once again open— this time with Mustard Seed Adoption Consultants. In August, my period was late. Three weeks late. My husband told me to take a test, but I was stubborn. ‘No. I’m not pregnant. I’m not wasting money on a test.’ But I took one. And I was PREGNANT. Biggest shock of our lives!

We decided that we would still adopt, but we would only present to potential birth mothers who were due after I was. On October 23, 2018, we were notified that a birth momma had chosen us to be parents for her baby. She was due just three weeks after I was and lived 14 hours away. Do you hear me? Do you understand what I’m saying? After struggling for YEARS to have baby, we were going to have TWO! Our friends planned a gender reveal party for our biological baby and at the party, we also announced to everyone that a birth momma had chosen us to be parents to her baby. You should have seen everyone’s faces. Talk about shocking our family and closest friends! We would be going from just the two of us to adding two sweet boys just a month apart.

Fast forward to March 2019. I was 36 weeks pregnant and they decided they needed to take the baby because my amniotic fluid was extremely low. I’d been hospitalized repeatedly because of this issue and I was so ready to meet our son. He was born March 22. After a three and a half week NICU stay, Jeb finally got to come home.

We had gotten a week to adjust to life with our newborn boy when we got a call from our lawyer, who told us that our adoptive son’s birth mom was being induced. THE NEXT MORNING. What?! We thought we had a month to adjust to life with one baby before throwing another newborn in the mix. It turns out they had her due date wrong. Her due date was the same as mine and she was now a week PAST due. Our minds were blown.

How amazing is God that he handpicked this baby and this birth mama for us? How awesome is he that not only answered our prayers for a baby but gave us TWO who were due on exactly the same day? God definitely had us in His hands the entire time. He saw every part of our journey. He saw the hurt. He saw the cost. He saw the hope. And he blessed us more than we could have imagined.

We packed up as fast as we could and made the 14-hour drive, with Jarod driving through the night on no sleep so we could be there when our sweet SECOND boy was born. The date was April 25. We arrived at the hospital just 30 minutes after he arrived and were able to go back and see his birth mother. She handed the baby right to us and we met our precious boy, Porter for the first time. So, so many big, happy tears.

We spent time with Porter and his birth parents and introduced Jeb to his new brother, then gave Porter’s family time to say their goodbyes. He was released from the hospital the next day, and we had to wait for a few days for everything to be finalized, but a week later he was officially ours. Can you believe we are now the parents are two sweet boys? Two sweet boys who were born just a month and a few days apart?

I wish I could go back and visit Jarod and Whitley in 2015 and tell them, ‘Just hold on. I know it’s hard to see through the hurt and the frustration. It’s going to get harder. There will be trials, heartache, a battle with infertility that will leave you feeling broken, and a million no’s. You’re going to want to give up. You’re going to feel bitterness and despair and you’re not going to understand why you’ve been chosen to go through this. But God has a plan for you. He keeps his promises, and He is SO faithful.  And what He has planned for you is going to be bigger and more incredible than you could ever imagine. Just hold on.’

Looking back now, I can honestly say I am so thankful for the difficulties, the messed up plans, the broken hearts and the disappointments, because they led us to exactly where we needed to be to receive what God had planned for us— an enormous blessing that came in the form of sleepless nights, spit up and more love than we thought our hearts were capable of holding. So, if you’re out there, struggling like we struggled, I want to leave you with a verse and a few words of hope. Ephesians 3:20 says ‘Now all glory to God, who is able, through his mighty power at work within us, to accomplish infinitely more than we might ask or think.’ To those of you who feel lost and hopeless, just hold on, because the Lord has promised good to us, if we believe in Him. He is capable of so much more than we could possibly imagine, and He always keeps His promises to us.”

This story was submitted to Love What Matters by Whitley Coxey, 27, of Dayton, Tennessee.  You can follow her journey on Instagram. Do you have a similar experience? We’d like to hear your important journey. Submit your own story here, and be sure to subscribe to our free email newsletter for our best stories.

‘We were called to foster a sweet 3-year-old for a weekend. That weekend turned into a week. That week into months. Those months into years. That little boy is now our son, Michael.’ Mom reunites brothers in emotional adoption journey

‘At 18, I hid an entire pregnancy all the way up to delivery. I refused to tell anyone. I was ashamed and afraid.’: Teen birth mom’s candid lessons learned after choosing adoption for her daughter, reuniting with her 18 years later

‘My sister is not JUST my child’s aunt. She is a second mother. You became my closest ally, my wingwoman.’ 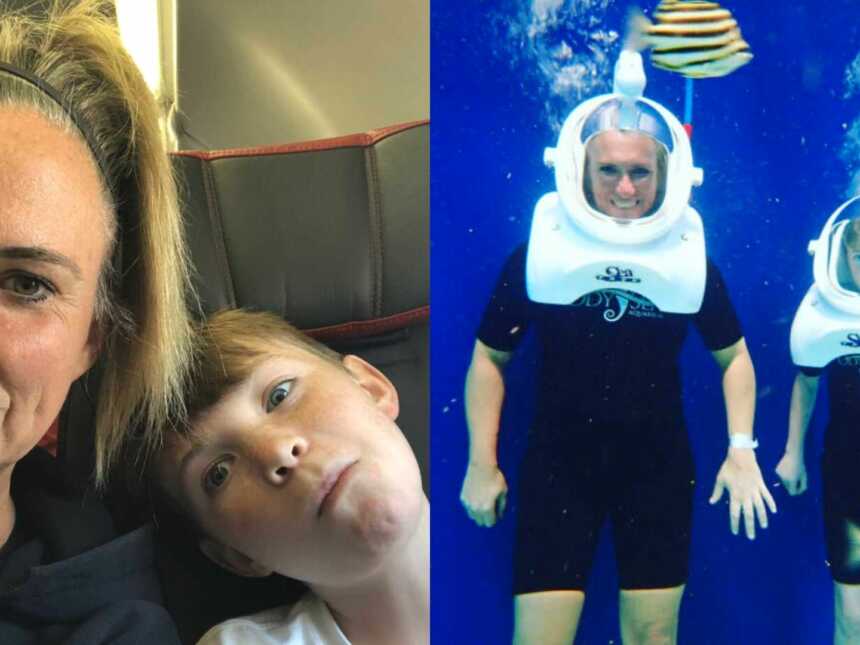 I Was Going Through A Mid-Life Crisis, So I Flew Across The Country And Said Yes To Everything That Scared Me 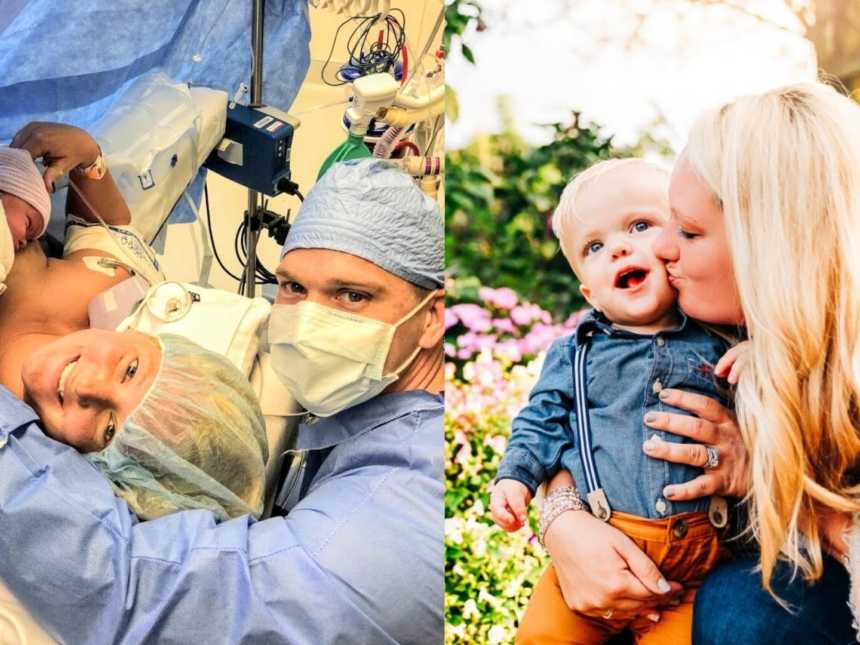 ‘We need to talk. Your baby’s head is BIG. His fingers look like a starfish.’ WHAT? He passed the Kleenex. I lost it.’: Mom births son with Dwarfism, ‘He was made special on purpose’

“I thought he was joking. ‘Ohhhhh, I was hoping to walk in and see that you two were just very short. Have you ever seen the little people shows on TV?’ What the heck? He was convinced our son was a dwarf. He double checked measurements. He was actually serious! ‘What will our friends think?!’ I couldn’t breathe.”