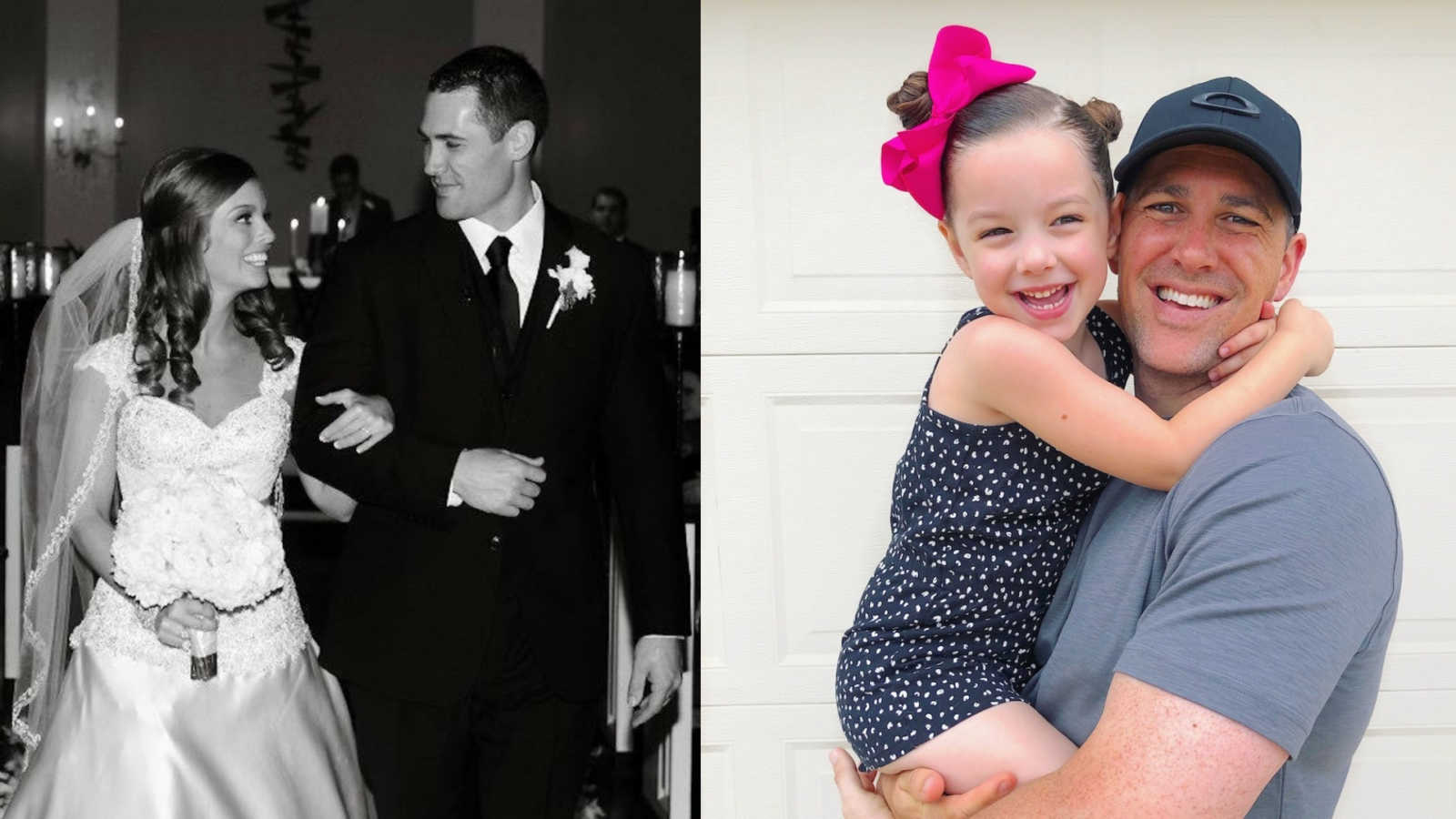 “So, here’s how the story goes:

I find my healthy, thirty-one-year-old, former athlete husband unresponsive on the floor with a stopped heart. The doctors tell us it’s bad, the prognosis even poorer, and then we wait. Wait for a donor heart. Wait for his current heart give out again (which indeed in already has). Wait, and watch, and worry.

And here’s how the story ends:

With one big question mark.

We don’t know when it’ll be time for a transplant. If we’ll have waited too long or put a new heart in too soon and have it be rejected. Will the defibrillator they implanted into his chest continue to work? Or will his heart stop again, this time behind the wheel of a car? Will I be a widow? Or will our love story last forever and conquer all?

But there’s another portion to this ongoing narrative: the middle pages, the in-between. The part after we found out about this devastating disease, and before the inevitable ending.

It’s the chunk of time, a year and a half to be exact, when the doctors told us that our two children each had a 50% chance of having his condition too.

No offense to my husband, but I could lose him. I don’t want to. I NEVER want to. But I could survive that loss. But my children? No way. I wouldn’t exist without them.

At the time this news was given to us, my babies were two years and six weeks old. I should’ve been at home breastfeeding and bonding, not in ICU’s and meeting with geneticists. The information was overwhelming. The either had my gene or my husband’s, and if they were carriers, their hearts could change at any time. They could be running on a playground and never return. It was too much to comprehend.

But I had to. I had to sit on this information for a long, long time. There were ways to get the children tested, but things had to be done first.

We started with my husband, narrowing down the exact gene that was causing his heart to be overworked and give out. I won’t bore you with DNA I don’t even understand, but the results on that came back with more bad news: not only did he have a rare condition, he had a rare version of a rare condition. Something you only see in textbooks.

Once we had that unfortunate piece of the puzzle, we could test the kids. But one lovely doctor warned us that before we did so, we needed to think ahead to their adulthood. We needed to consider that once this was on their record, in the eyes of insurance companies, they would be diagnosed with a terminal illness. They would never again be eligible for life insurance or any other benefits.

So, my husband and I spent months taking out policies on an infant and a toddler, researching the best ways to ensure our kids financial future—should they even have one.

During this time, I was also seeing the autism present in my precious little ones and taking over duties that used to be my husband’s but now were solely up to me. I couldn’t leave the kids alone with him—what if his heart were to stop and the baby drowned in the bathtub? He couldn’t drive. So, pickups, and drop-offs, and errands were reliant on me.

There was a period of time while my husband healed where I would have to feed him, and bathe him, and put on his socks. Life had shifted tremendously, and somewhere along the line, even though I thought I was handling it fine, my body began to say otherwise. I developed an eye twitch that lasted three months. Every day my eye was physically telling me what my brain was trying to avoid: a breakdown.

At some point we finalized the money and scheduling to move forward with getting the kid’s genetics tested. I spent a morning collecting vials of their saliva, packaged it up, and said a prayer that my children would be given God’s favor. I had nothing left.

And then, one random afternoon, I got a text from my husband while he was at work. Finally, good news. No, the best news.

My babies had been spared. They both tested negative.

This closed one much needed chapter for my family; for my husband in particular. After we got the results you could see the weight removed from his shoulders. Although it never would’ve been his fault if they had been positive, he didn’t see it that way. And if I’m being honest, neither did I. Resentment had built between us during this time, because sometimes when you’re in immense amounts of pain you feel like you have to point the finger somewhere.

But now, we could rest. My children didn’t have his heart; they always had mine. We could turn the page on a period where our whole world crumbled, then with one call, was restored again.

In a time with a lot of loss, in a time where my husband’s future is still so uncertain, this was the win we needed.

This is the power of hopeful heart.

It’s a magnet for miracles.”