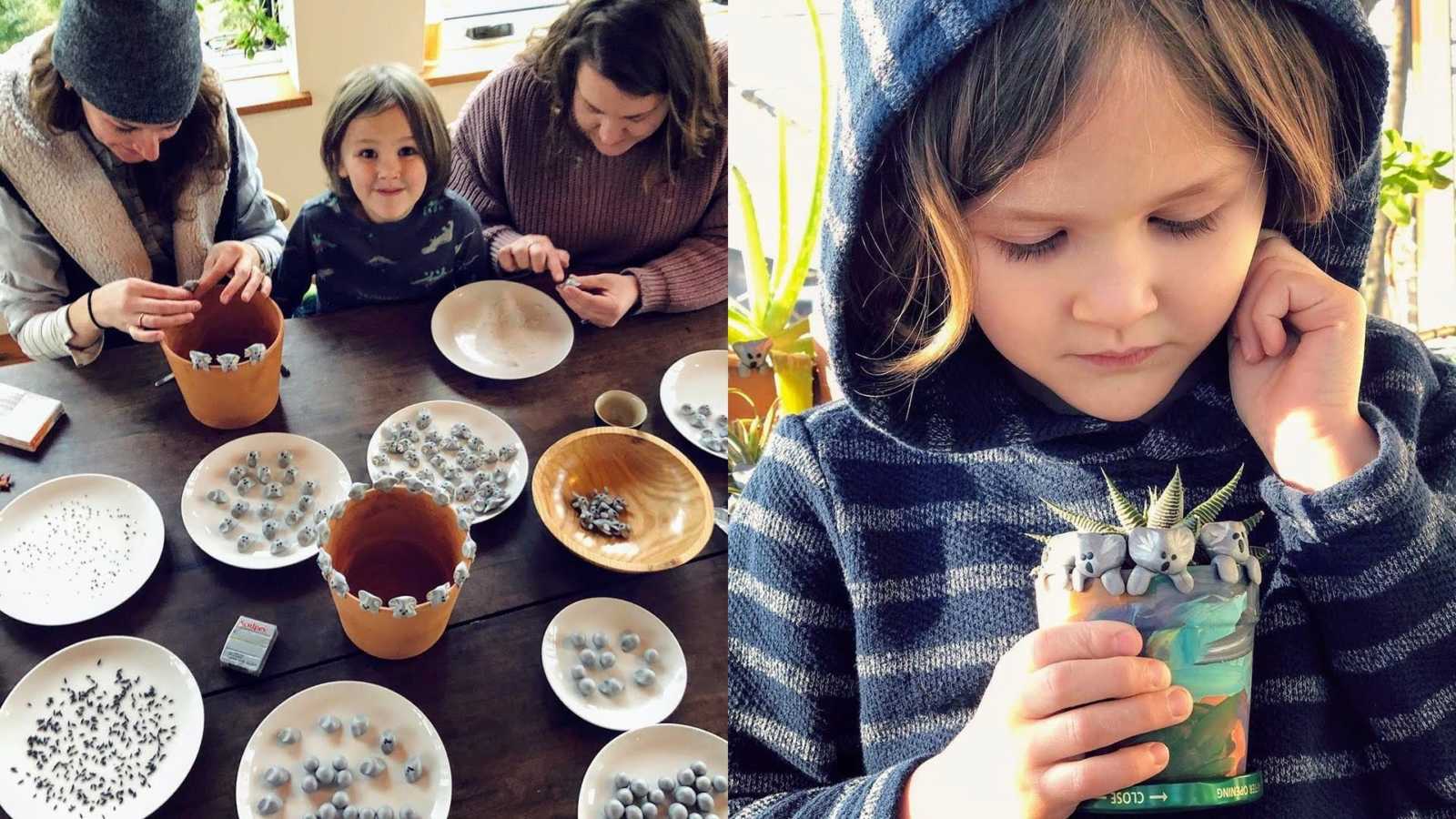 People all over the world have been coming together to do their part to help in any way with the devastating Australian wildfires. Celebrities like Pink, Keith Urban, and Nicole Kidman have already donated millions and others like comedian Celeste Barber have used their fame to raise even more. But one little six-year-old is making headlines for his brilliant and adorable idea. One that’s raised over $250,000 and counting.

Owen Colley from Hingham, Massachusetts is making clay koalas to help raise money for the animals that have been impacted by the Australian bushfires. He and his family started a GofundMe just ten days ago and they’ve already raised far more than their original $5,000 goal.

Like all of us, Owen was upset by the fires, so we wanted to provide an outlet for him to feel like he could do something to help. He’s a huge animal lover and has been making clay characters for a while, so together we thought up the clay koala and offered it to friends and family as a “thank you” for donations for bushfire-affected animals. Then his “Gran” shared it with the local paper, so here we are…🐨🙏🏼❤️ Never in a million years did we expect to raise $175k or meet and hear from all of you amazing people – you’re the world’s best 🌎 🙏🏼 #owensrescue #owensclaykoalas #littleclaykoalas

“Like so many of us, Owen was devastated when he heard of the Australian bushfires, so we wanted to provide an outlet for him to feel like he could do something to help,” Owens parents, Simon and Caitlin Colley, wrote. “He’s a huge animal lover and has been making clay characters for a while, so together we thought up the clay koala and offered it to friends and family as a ‘thank you’ for donations for bushfire-affected animals.”

Owen and his family came up with the idea of making clay koalas as gifts for friends and family who donated $50 or more to the Australian volunteer group Wildlife Rescue South Coast who “are currently building aviaries, boxes, and enclosures for displaced animals and helping individuals set up feeding stations on their properties, so animals whose homes and food sources have been destroyed have somewhere to go,” according to the GoFundMe. They surpassed their original $1,000 goal and set up the fundraiser not thinking they would have so many people wishing to donate on Owen’s behalf.

The outpouring of generosity and support has been overwhelming. Thank you 🙏🏼🐨❤️ #owensrescue #littleclaykoalas #owensclaykoalas

Now that they’ve raised over a quarter of a million dollars for the cause, little Owen has to put a hold on the clay koalas as gifts. “We will not be able to say ‘thank you’ with a koala for donations received after 11:59 p.m. PST, Sunday, January 19th,” they posted. However, donations are still very much welcome.

His generosity couldn’t come at a better time. “We are currently facing unprecedented times as the local wildlife group in our enormous fire affected area,” Wildlife Rescue South Coast wrote in a Facebook post. “We are now going to need substantial funds not only to feed our wildlife for the coming months but in addition to rebuild precious aviaries and enclosures that have been destroyed on properties so they have somewhere to live… $50 can build a permanent possum box to give shelter and warmth to a possum doing it tough from the fires.”

It is truly devastating to see the pictures of the animals being cared for and rehabilitated, and it’s clear the funding to continue to help those affected will be very much needed. Luckily, we have people in this world like Owen, who at just six years of age, has made such a big impact on others and the world around him.

We wish we could send a clay koala to everyone in the world – your support, generosity, and kindness have been truly amazing🌎🙏🏼🐨As this campaign continues to soar beyond what we ever thought possible, we unfortunately need to put a cap on the number of clay koalas we make and send – this will happen at 11:59 pm PST on Sunday, January 19th. With this said, all donations are still greatly appreciated. Thank you all for helping a little boy do a BIG thing🐨❤️🙏🏼

‘When will we get our baby brother?’ We needed $4,000 and had no idea how to come up with that money.’: Couple embark on adoption ‘roller coaster,’ community unites to raise money