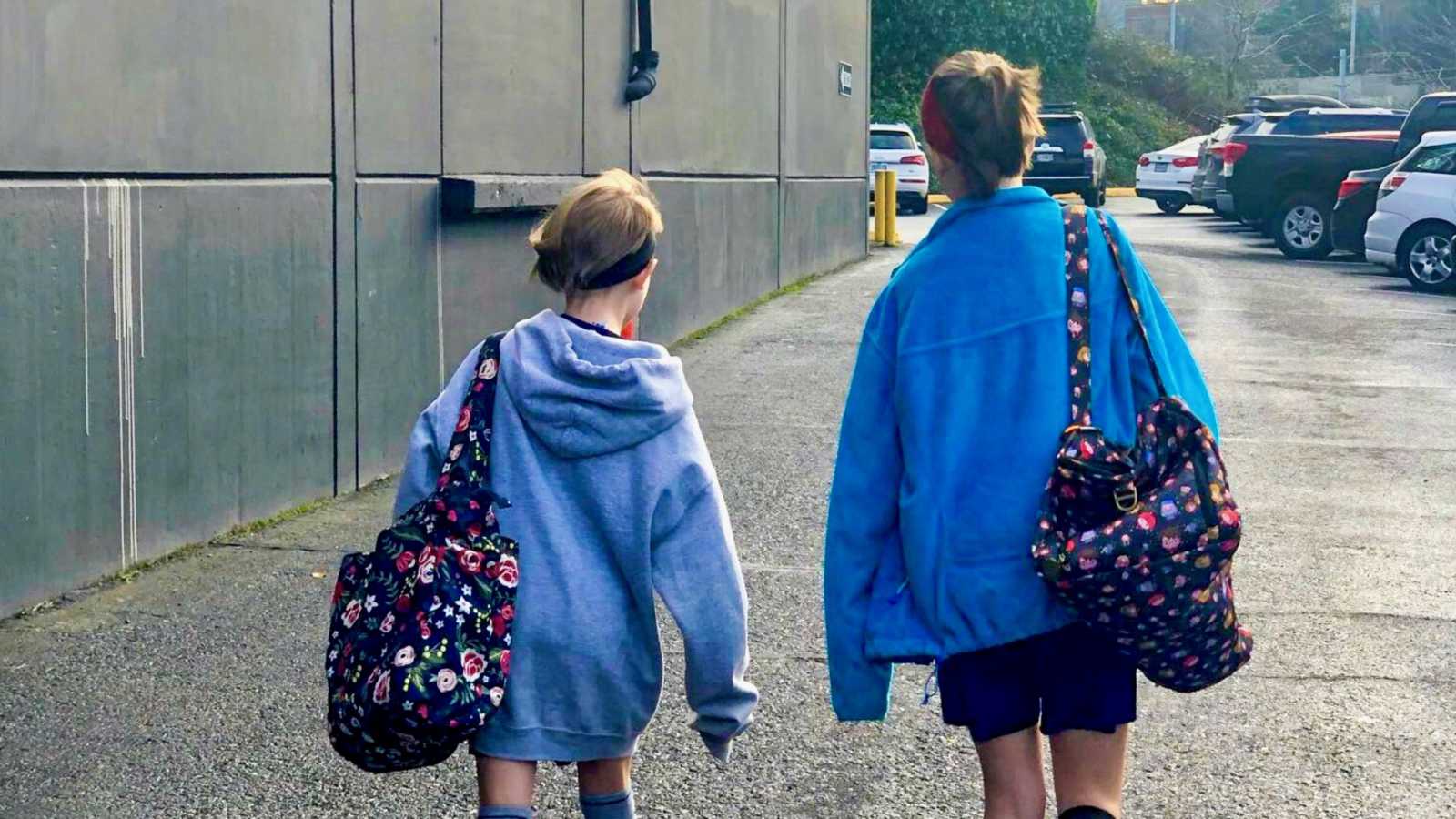 “Anger. An emotion we all know.

Our 12-year-old has been struggling with anger lately — feeling like it is always boiling just under the surface, erupting when the slightest thing sets her off. Maybe a kid in class is being disruptive and distracting; a sister touched her stuff without permission; I reminded her to hang up her backpack; something happened that reminded her how she hates sharing a room; the dog barked and was annoying; someone finished the gallon of milk and she was hoping for some; daddy encouraged her to spend some time outside… it could be anything.

She came to us asking why she felt so much anger, and what to do about it. We talked about normal brain development and the growth spurts all brains go through, like growing pains for your brain. She’s right around that age when the parts of the brain that manage anger are developing rapidly. After watching a video together, and reading some articles and a chapter in a book on emotions and emotional development, we all felt a little better. All neurological growth spurts mess with our emotional regulation and impulse control, meaning anger can feel very big during those times. A brain growth spurt. A very angry one.

Plus, hormones. Hello. I shared how when I’m pregnant, I’m a sad, weepy mess for the first trimester. I know it is hormonal. It doesn’t make it less real. Yes, I’m really crying at that fast food commercial. Leave me alone! Others feel increased irritation and anger right before their period starts. There are those who battle depression and apathy in different stages of their cycles. This goes for all genders; our hormones impact us. The feelings are real.

She was relieved to know she wasn’t alone.

Jeremy and I had both gotten the message anger was bad. In my home, anger was expressed freely and frequently by the adults. But as kids, we were shamed for our expressions of anger. In Jeremy’s home, it was bottled up and suppressed, dismissed as an invalid emotion. This led to unhealthy coping mechanisms for both of us. We wanted something different for our children.

Avoiding our feelings or shushing our anger only makes it quietly build until we can’t control it anymore. So, we also discussed healthy options to process and release our anger, in ways that won’t harm others, property, or ourselves. Needing to release anger safely, even while we’re curious about it, is important.

Some of the ways we came up with:

Of course, also processing those feelings with someone we can trust. Expressing them (loudly is fine!) without harming others. Finding ways which soothe and center after releasing (maybe creating some art; getting a big, strong, squeezy hug; cooking/baking; etc.) And then talking with those we need to find a resolution, and if necessary, restoration.

We had an old desk we found on the side of the road years ago. It became my potting table. Now, we were done with it and it was badly damaged from the weather, so not much use as a piece of furniture. We needed to pull it apart, determine what could be re-purposed, and haul the rest off to the dump, or burn it in our fire pit.

We wanted her to dismantle it.

She wasn’t sure about this idea at first. Jeremy gave her a hammer, talked her through some ways to get started, and coached her to give it a go. I encouraged her to think about, or even yell out, the things she is angry about right now (in the safety of our backyard, behind a privacy fence). At first, her actions were timid — peeling off a strip of the warped wood on the desktop. But she got bolder as she went along. Eventually, she pushed the heavy old desk over, and using all her strength, dealt it blows that would remove the solid wood legs and shelves, splinter the warped side panels, and pry apart the frame.

It went faster than I anticipated. She’s strong and she had a lot of rage to release.

There really is something cathartic about smashing things sometimes.

When she came inside to let us know it was done, she was smiling and breathing heavily. I asked her how she felt, and she said it felt good. She told me what she thought about and identified with each blow, realizing a lot of her anger wasn’t about what it seemed to be about. She got to deeper issues in herself. Her school closing last year; being in a new school (which she loves, but still missing her friends); fearing she needs to move on to a new soccer team because she’s made so much progress; not wanting to grow up; needing new boundaries with her sisters, as her body and mind are changing; being angry about what’s happening in the world; feeling unsure about her body; fearing the environment will be ruined by the time she’s old enough to do something; stressing over what direction to go in her life (hello, she’s 12!); and more. Heavy stuff.

With the anger released safely, we were able to talk about it all in a calm way that allowed her self-awareness to grow. Together we came up with strategies to address the different areas.

After yanking the nails out of the boards (learning how to do so safely and properly dispose of the bent ones), she felt accomplished and released. We thanked her for her work.

And we’ll be keeping an eye out for more pieces on the side of the road we can pick up to disassemble for scraps in the future.”