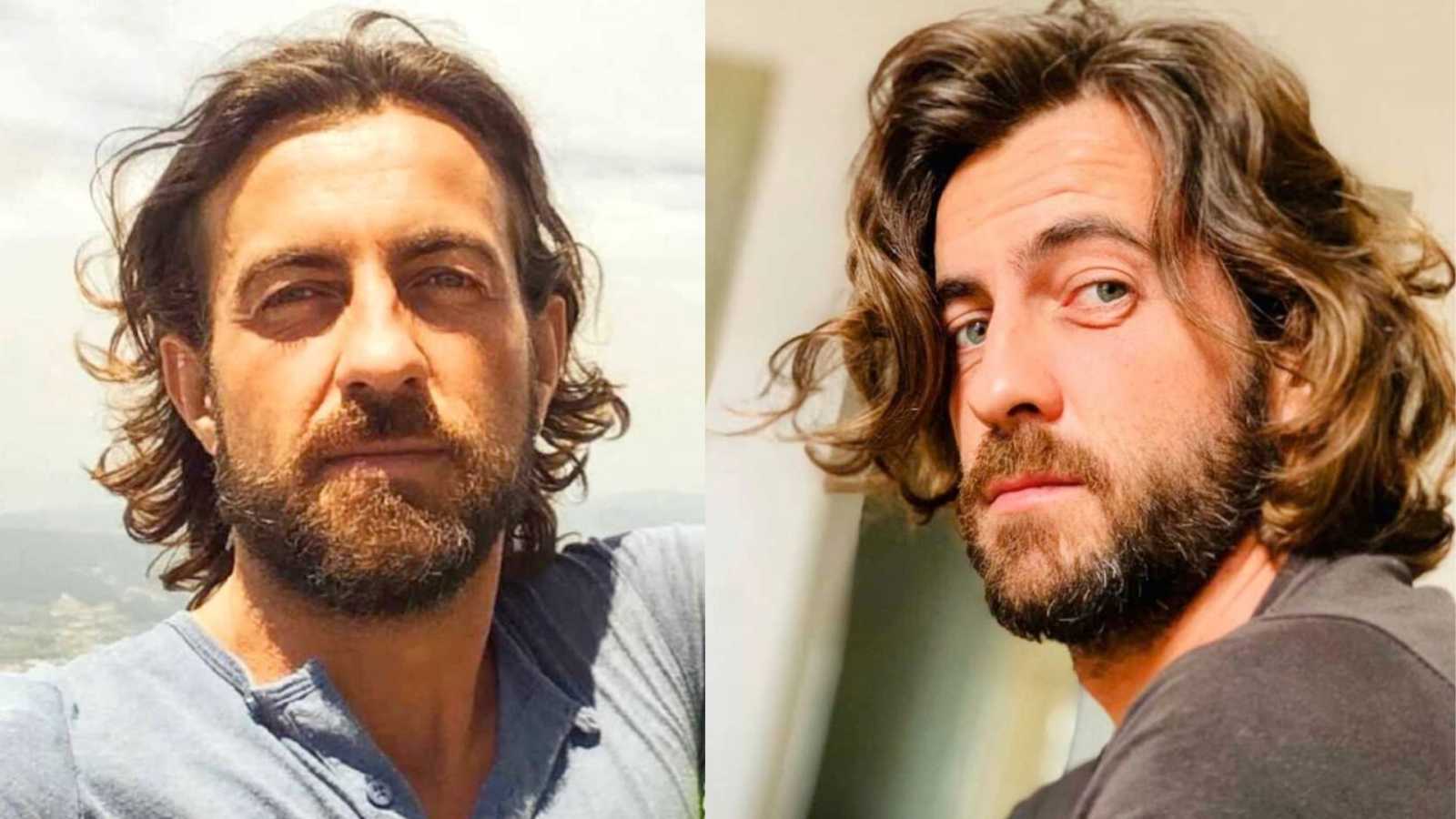 “My first reaction when I knew I was HIV positive was terror. I experienced all kinds of fears but there were three primary fears, just like there are three primary colors. Mixing red, blue and yellow, you get all the others, right? Well, this was my color palette:

First was the vulnerability (let’s say, blue). I was aware my body will not last forever and works as well as I treat it. It may seem obvious, and I knew it but I had not experienced it. I had a real fear of death or illness for the first time in my life. I was afraid to have a treatment that could restrict my freedom and prevent me from traveling or that could have secondary effects on my body.

Then came the privacy (yellow). I used to go to the HIV clinic almost with a cape, sunglasses, and cap. I deleted many ‘friends’ from Facebook and removed all the photos where my face was shown on social media. I did not want to go to any HIV organization or POZ meetings in case I saw someone I knew there. In fact, in the hospital, I have seen people I know and we pretended we didn’t see each other.

Finally, I felt the fear of rejection (red). If I wanted to change jobs, I would always have to hide it. I worried I wouldn’t find roommates anymore. Above all, I feared I was going to be left alone for the rest of my life. If I could ever have a boyfriend, he will also have to be positive so he can live without fear. If I don’t say it openly, my potential boyfriend will not say it either, so we will not meet. I would be single and alone forever. ‘Who will want me if I have HIV?’ I spent many nights crying and thinking, ‘Why me?’

From these three primary colors came many other secondaries, mixing the previous and so the range was endless.

One day, someone told me, ‘You must find a way to love the virus,’ and I was close to telling him to f*ck off. I almost deleted from Facebook all those who shared spiritual messages with a photo of Gandhi on the background saying, ‘Everything happens for a reason.’ But I didn’t do it. I didn’t unfriend them. They were right.

Two years ago, I arrived in America. The beginning was very hard—getting my medication was way more difficult than I expected. My medication cost 600 dollars in Spain and was covered by the public health system. The same pills cost 2,500 dollars in America, and I could only get them covered through a complicated system of insurance and co-pays. I was about to run out of medication. I also had a couple of bad experiences with guys when I said I was positive. But I knew I did not come to America to feel self-pity. I came to live with HIV with honesty, in a place where I had nothing to lose because nobody knew me.

I decided to say it on Grindr and Tinder. I started talking with my Spanish friends, naturally, about it. I discussed my medication problem with a friend from the choir and he said, ‘I am HIV positive, too, I can help you out.’ This was happening more and more. More people answered me with, ‘Me too.’ I started to see how many people on Grindr put it directly in their profiles. I began to see people without fears, who spoke of this as just one more aspect of their life. It was just what I needed.

With time, I understood there will always be someone who rejects me and the HIV is one more reason. I understood the important thing is I love myself. I had to love myself and everything that goes with me. That includes the virus. If I love myself, external love is optional and therefore there is no fear of having it or not. I began to meditate and look within to know myself and to heal the things I had to heal.
I understood my body is not gonna last forever and I must take care of it. Nowadays, I am a vegetarian and I try to eat organic and consciously. I stopped smoking, drinking, and eating processed foods. I started to workout and no longer to impress others. I no longer need to impress the cute guys for them to love me in order to love myself. I am focused on my health, so I exchanged the weights for the yoga mat.

I understood if I isolated myself, I could lose the opportunity to connect with wonderful people. For me, love–both my own and from others–was purely related to sexual attraction or with sex itself. But I started to understand this wasn’t love, but ego and sex was its food. I started to open up to find other ways to connect with people, talking about my truth and from my heart. With humility and understanding that we all have our fears, we all have our dramas, and above all, we all need love, this can be received in many ways. What happened since I changed this way of relating to myself and others can only be called MAGIC. The peak of this was my first post about HIV.

At this time, I have met incredible people who have taught me so many things, it would be impossible to write them here. I have received so much love from the brothers and sisters I have made on this path, I have even found myself crying asking, ‘Why me? Why am I so lucky to receive so much love?’

I started to get involved in LGBT groups, specifically in three groups that completely marked me forever: Austin Gay Men’s Chorus, the Austin Radical Faeries, and a camp for HIV-positive people. All of them were formed mostly by people older than me. In Spain, I had not had this opportunity to socialize with people this age. In these groups, I began to put faces to things I had seen in documentaries and films: The Stonewall riots, the AIDS epidemic in San Francisco, the struggle to get medicines that do not kill you more than HIV itself, people who participated in studies of new medicines in which most of the participants died, people who saw their partners die, some even two. Not only have I met them, but I shared with them a place where everyone spoke their truth and where others listened without judging. I became good friends, even brothers, with some of them.

I have met a syndrome I did not know existed, the shame survivor. It is suffered by those who have survived HIV after burying most of their friends. They wonder why they did not die and feel guilty about it. It is something similar to what veterans suffer. It really was like a war, but the enemy was inside and there were no weapons to fight it.

I have traveled a lot and I have been in contact with many indigenous communities from different places. They all have something in common: respect for their elders. They listen to them, they honor them, they appreciate them, and they learn from them.

However, in the LGTB community, we ignore them. The new generations have forgotten about them. Sometimes, we even look bad at them and ask ourselves, ‘What is this one doing here?’ I have realized how important it is to look back and see where we come from, why we have the rights we have today. We do not have equal marriage thanks to Obama or Zapatero. We have it thanks to amazing anonymous people–people who were kicked out of their homes or lost their jobs for saying they were gay. Those who protested in the street, even if the police broke their faces. Those who Franco, the Spanish dictatorship, put in jail. To all those who died of AIDS or those who gave their lives in the studies of new treatments. Those who were going to bury their friends while we went to our friend´s birthday parties. Today, I have the freedom to say I am gay and live in peace, thanks to those gays, lesbians, and trans people who came out of the closet when it meant putting their lives at risk. They are heroes. They had the superpower of turning hate to love. They won, and they deserve to know.

Now I ask any gay, lesbian, or trans person younger than 40, how many times have you stood in front of one of our elders, taken their hand, and said, ‘THANK YOU?’ They need it and so do we. Our community has a lot of wounds to heal. Many of our elders live in enormous pain and need us. This is one of the reasons why I came out of the HIV closet. I want to honor the memory of those who are not here with us. I want to create a little conscience so those who have little left feel our warmth and gratitude.

Today, I can say if God appeared to me and told me I can be cured of HIV but I would have to forget everything I have learned thanks to the virus, I would say, ‘I love my virus, I’ll keep it and everything that has happened since then.’

I changed my palette of fears for a smile. I changed the fear of being rejected for my own love and the love of my people reflected in the eyes of my soul sister, Branka. With that smile, I face the future now, with much more love than fear. Who will want me with HIV? Well, myself.”

This story was submitted to Love What Matters by Antonio H. You can follow his journey on Instagram.  Do you have a similar experience? We’d like to hear your important journey. Submit your own story here. Be sure to subscribe to our free email newsletter for our best stories, and YouTube for our best videos.

‘She was HIV+ and we knew she was our daughter. Time stopped when we saw her. She was absolutely beautiful and perfect, but her oversized clothes hung loosely on her tiny frail body.’: Couple adopt HIV+ daughter, now pregnant with ‘miracle’ baby