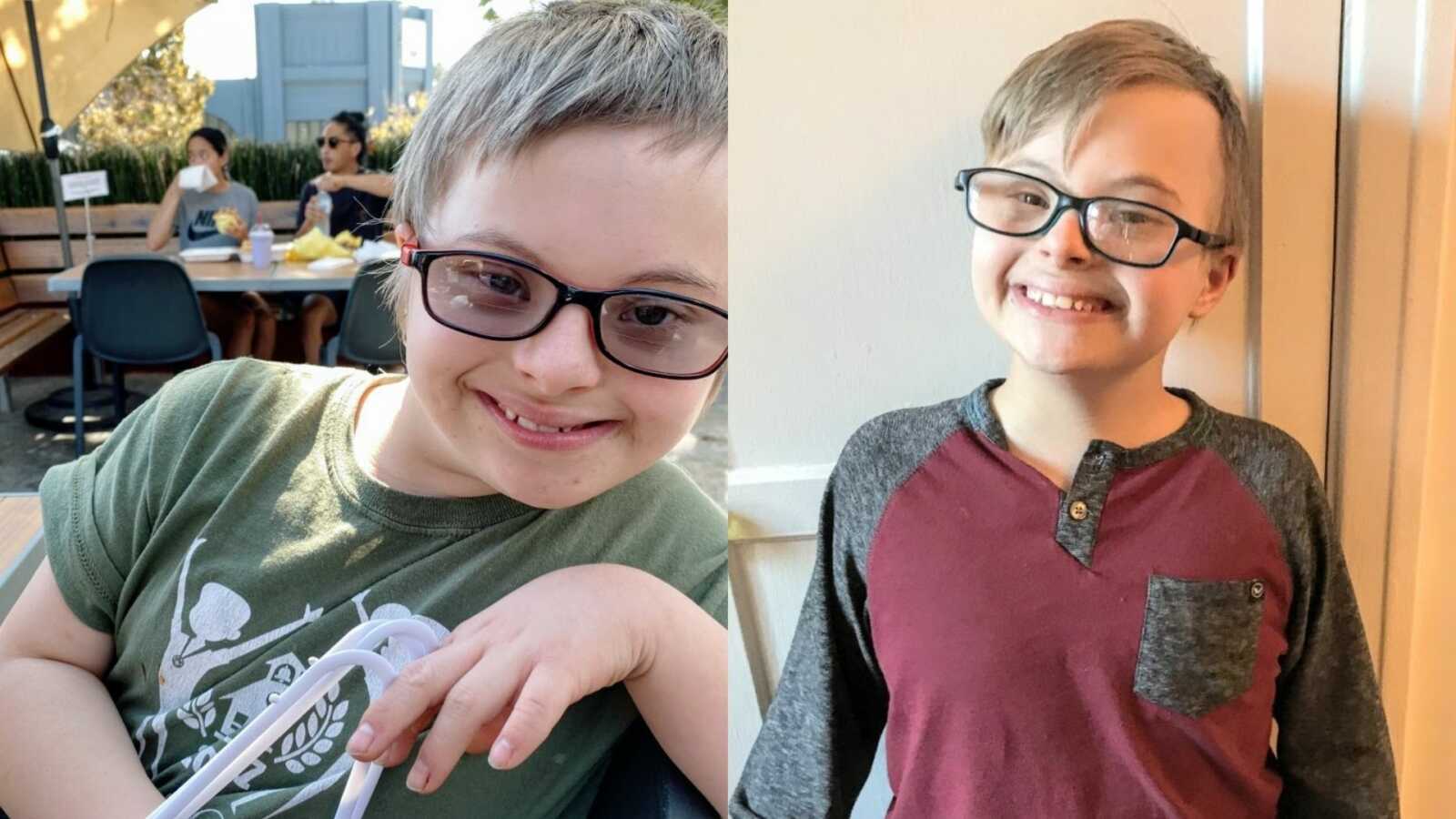 At 2:17 a.m. last night, Gideon violently woke up from his fretful slumber and vomited for the 10th time in 18 hours. I was there next to him armed with a bucket, a baby wipe and a reassuring voice.

Sometimes I’m afraid to talk about the extra. The extra challenges. The extra hardships. The extra care a child with a disability needs. I’m fearful if I externally verbalize the difficulties that come with having a beloved with an extra chromosome, that the readers (abstractly, not personally) will silently nod in agreement with each other and collectively justify the extinction of human beings like him. Because that happens here in America and in greater numbers than you think.

Ableism is a harsh task master and the woke movement hasn’t totally embraced people with disabilities like it has other disenfranchised humans. Somehow, people who need more are still seen as people who are less.

And since I know the wonders, the amusements, the delights and the joys of having a child who loves and lives differently – I don’t want one damn mom, dad, brother, sister, aunt, uncle, grandma, grandpa or cousin to miss out on the glass half full of brimming love for whoever will take that leap of faith.

Gideon doesn’t necessarily get sick more than any typical child – but when he does it’s usually pretty gnarly. He has mild sleep apnea, low muscle tone and smaller nasal passages, which when mixed all together make for the perfect storm of misery needs company and a whole lot of hand holding. I almost always sleep with him at night when he’s taken ill – making sure he doesn’t aspirate any of the fluids that come with being sick as a dog.

And so last night I held the bucket, cleaned his face afterwards and hugged him tight after he emptied what little was left in his tum tum. And when I was done, he said to me in the smallest of voices, ‘Mom, I need Jesus.’

And so together we prayed Jesus would help him feel better soon.

And then because he was wide awake after being rudely awakened by his turbulent tummy, we had a little conversation that went something like this:

Me: ‘Yes, the dinosaurs are extinct.’

Gideon: ‘Because of the asteroid.’

Gideon: ‘Are the dinosaurs magic too? Can they help me?’

Me: ‘No, dinosaurs don’t have magic.’

Gideon: ‘Because Jesus is magic.’

And so are you my dear child. So are you.”

This story was submitted to Love What Matters by Sarah Tacoma. Submit your own story here, and be sure to subscribe to our free email newsletter for our best stories, and YouTube for our best videos.

‘Poor thing.’ It’s not something to avoid or pull your children away from at the playground. It’s pure, unfiltered joy.’: Special needs mom advocates for Down Syndrome acceptance

‘The genetic counselor acted as if it was a terrible, awful condition. The specialist suggested termination. ‘We will have this baby, no matter what.’: Mom urges ‘Down Syndrome is something to be celebrated’