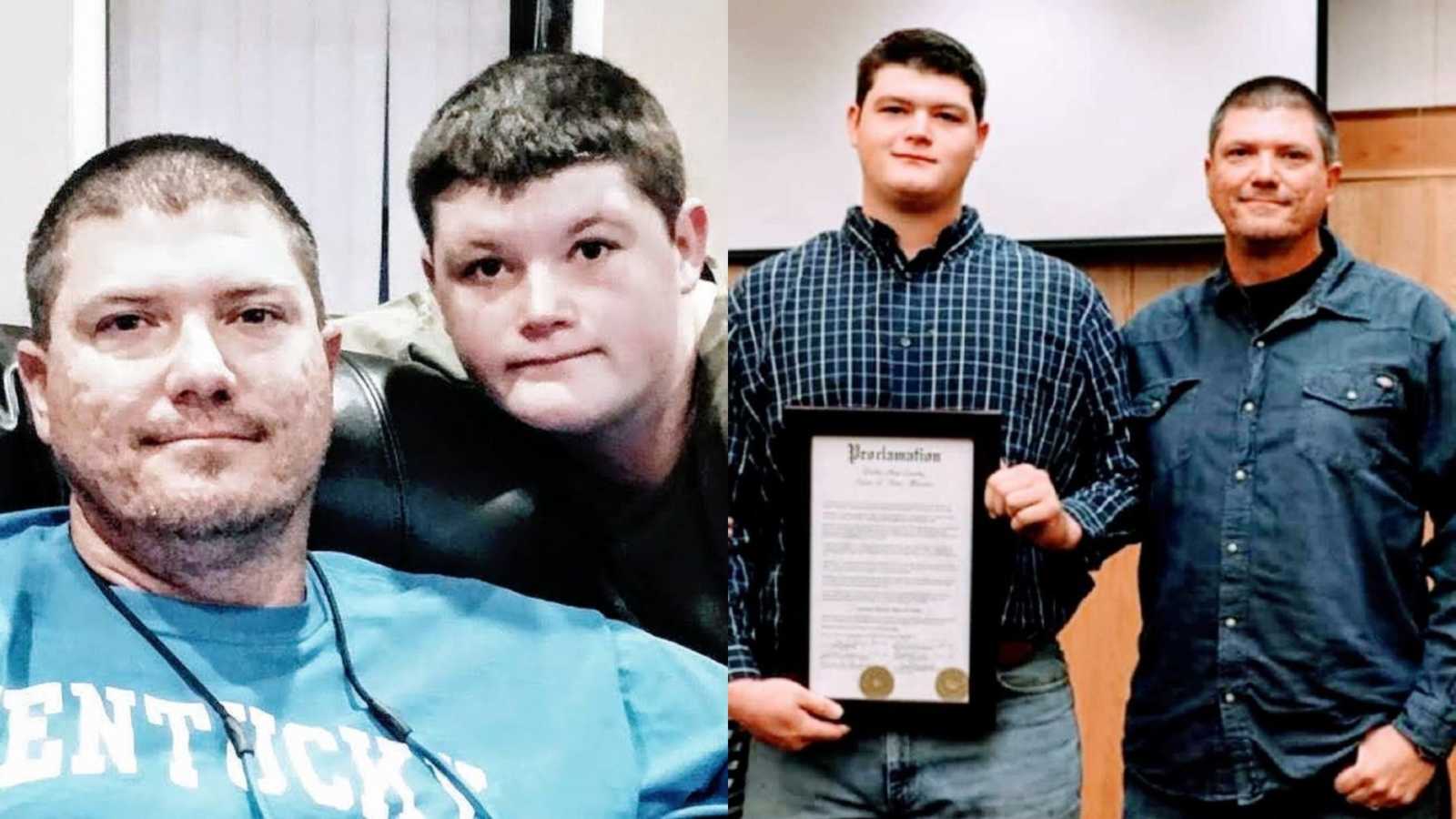 Wife: Has Canaan called you?

Wife: Apparently, he’s a hero and a dumba**. He called me to say he wrestled a man who was trying to hurt some kids at a gas station in Dona Ana. We hung up and now I can’t get a hold of him.

Me: Say what…I’ll go find him.

I began calling my 16-year-old son who was on spring break from school. After the first no answer, I drove the 4 minutes from my house to the gas station. The doors were locked—no one was being let in. Afraid for my son’s safety, not knowing where he was at or what condition he might be in, I was paranoid and frantically trying to find him. I called the gas station as I drove through town looking for his truck. No sign of his truck. No answer on his phone. Is he at a hospital? Maybe he’s at the police station. Wherever he is, he needs an adult with him who is on his side and has his best interest in mind.

The clerk answered the phone in a shaky voice, clearly upset and out of breath: Hello?

Me: Yes ma’am, I understand there was a situation there a little while ago?

Me: I was told my son was there and may have gotten involved with a guy, possibly even fighting the guy?

Clerk: Is your son tall and strong with black hair?

Clerk: Oh my God sir, your son…he was…your son…was…was…awesome. There was an evil man here with an evil laugh trying to kidnap some kids. He didn’t care about anyone. He was hurting people. We were throwing bottles at him and nothing was working. He beat us up really bad. We knew the police were a long ways away and we knew this man was going to take the kids because we couldn’t stop him. As soon as I realized the kids were in danger and the evil was going to win, the door opened up and your son walked in. He didn’t hesitate. He jumped in, overpowered this man, and held him down until the police got there.

Me: Do you know where my son is?

Clerk: I’m sorry, I don’t. He left after talking to the police.

Eventually, Canaan called me and was surprised I heard about the incident and was even more surprised I was talking about it. ‘Dad, I just did what I had to do. That lady and her kids needed me. I held the guy until the police showed up and then I went about my day.’ Later that afternoon, I saw Canaan walking across the lawn to the front door. I wrapped my arms around him and held him tightly. After our embrace, he looked me in the eye…beaming with joy. Not for what he had done, but because his heart was full. I was proud of him. I squeezed him. I didn’t even let the front door shut before he found himself swallowed up in my arms. ‘Dad, you would’ve done the same thing.’

In the weeks and months following the attempted kidnapping, we’ve heard many people talk about what they would’ve done. Bashed his face in, shot him, put him in a headlock, squeezed the life out of him. And my message to all of them is the same message I told Canaan after our embrace: ‘I like to believe I would’ve done the same thing.’

Truth is, none of us know until we find ourselves in that situation. Armchair QB is easy. Armchair detective or hero is easy. We’ve all got busy lives, places to be. So busy that many of us would not, did not see or hear the commotion right in front of us. Others would rather be the hero that called 911 or filmed it on our phone for social media to see. We don’t know what we would do, none of us. But you, son, have it on your resume. You did it.

We later learned Canaan prevented a kidnapping of 3 children that were headed for sex trafficking. Death or a horrible life awaited those innocent kids had Canaan not stepped up and did what he had to do. Canaan was prepared, having competed in the State Wrestling Tournament 2 weeks earlier and winning the District Championship a week before that. Canaan was across the street at a different gas station when he heard the commotion. He knew something wasn’t right and he sprang into action.

He had the ability to recognize a danger was present and knew how to thwart it. With no regard for his own safety as he approached the scene, saw a man covered in blood, entered the store, and ran across the blood-soaked floor to reach a man who was kicking down a door where the children were hiding. Not knowing if the man had a knife, a gun, or what level of danger he was facing. All he knew is that something needed to be done and he trusted himself, especially once he closed the distance and was chest to chest with this evil man.

In the end, good won. Sometimes it comes with a price, but good always wins. Canaan did what needed to be done, with no intention of profiting or gaining attention. The video is clear, he ran into a dangerous situation and never once thought of himself. Canaan is strong and skilled. More importantly, Canaan is a great person with a heart for people and doing the right thing. Love conquers all.”

This story was submitted to Love What Matters by Troy Bower. You can follow his journey on Facebook. Submit your own story here, and be sure to subscribe to our free email newsletter for our best stories.

‘When I saw the image, I instantly started to cry.’: Mom starts petition after daughter’s photo is turned into Amazon sex doll

“I’m asking everyone to join me in this fight.”

‘When our son was 7 months old, we stumbled upon heroin. I never imagined my daughter would call another man ‘DaDa.’: Woman recounts losing partner to addiction

“I was covered in puke, knees scraped from the driveway. For 45 minutes I walked around holding my 3-month-old to my chest, just praying for a miracle. ‘We did everything we could, but it just wasn’t enough.’ I was living in my worst nightmare. ‘Can God give my Daddy back?’ Telling my son was the hardest thing I’d ever done.”