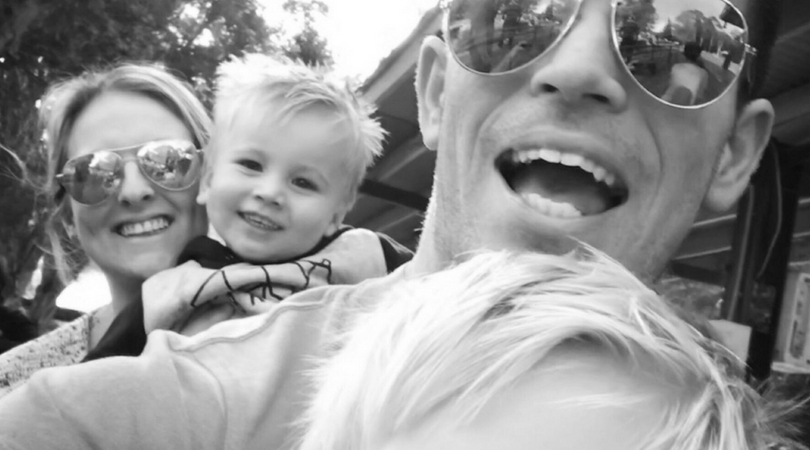 “There’s this stigma attached to parenting that for some reason, makes people think they’ll lose themselves when they have kids.

As if it’s going to change who they are. As if they’re not ready because they still have to do all this crazy stuff in on some kind of pre-kid bucket list. The way some people talk you would think life stops dead in its tracks and you become nothing more than stoller-pushin, house-cleanin, butt-wipin gossip machine.

We were in our early twenties when we became parents. Been overseas a few times before then. Did some cool stuff. But by no means had we done half the things I hear some people talk about ticking off.

We weren’t millionaires. We didn’t own our own home yet. My career wasn’t stable. We never got to design that perfect nursery and we certainly didn’t have the nest-egg you would have liked.

Some people plan it. Some people fall into it. And some people avoid it simply because they think they’re not ready.

But the one thing I’ll promise you is that your priorities will change. That motorcycle you want. That body you needed. The brands you loved. The night out you thought would last forever and that itinerary to trek Everest base camp before you get tied down… It all changes.

The one thing I’ve learned is that it doesn’t just end there. Life doesn’t stop. It keeps on going whether you like it or not. Some of the coolest things that’s happened to us has been after kids. Stuff we wouldn’t have ever thought of.

So lemme tell ya there’s a few lame-stroller pushing, butt-wipin, Target-wearin gossip machines out there with less than 100 bucks to their name who probably weren’t ready either.

And they couldn’t be happier.

I’d rather be poor with this bunch than poor and alone that’s for sure.”