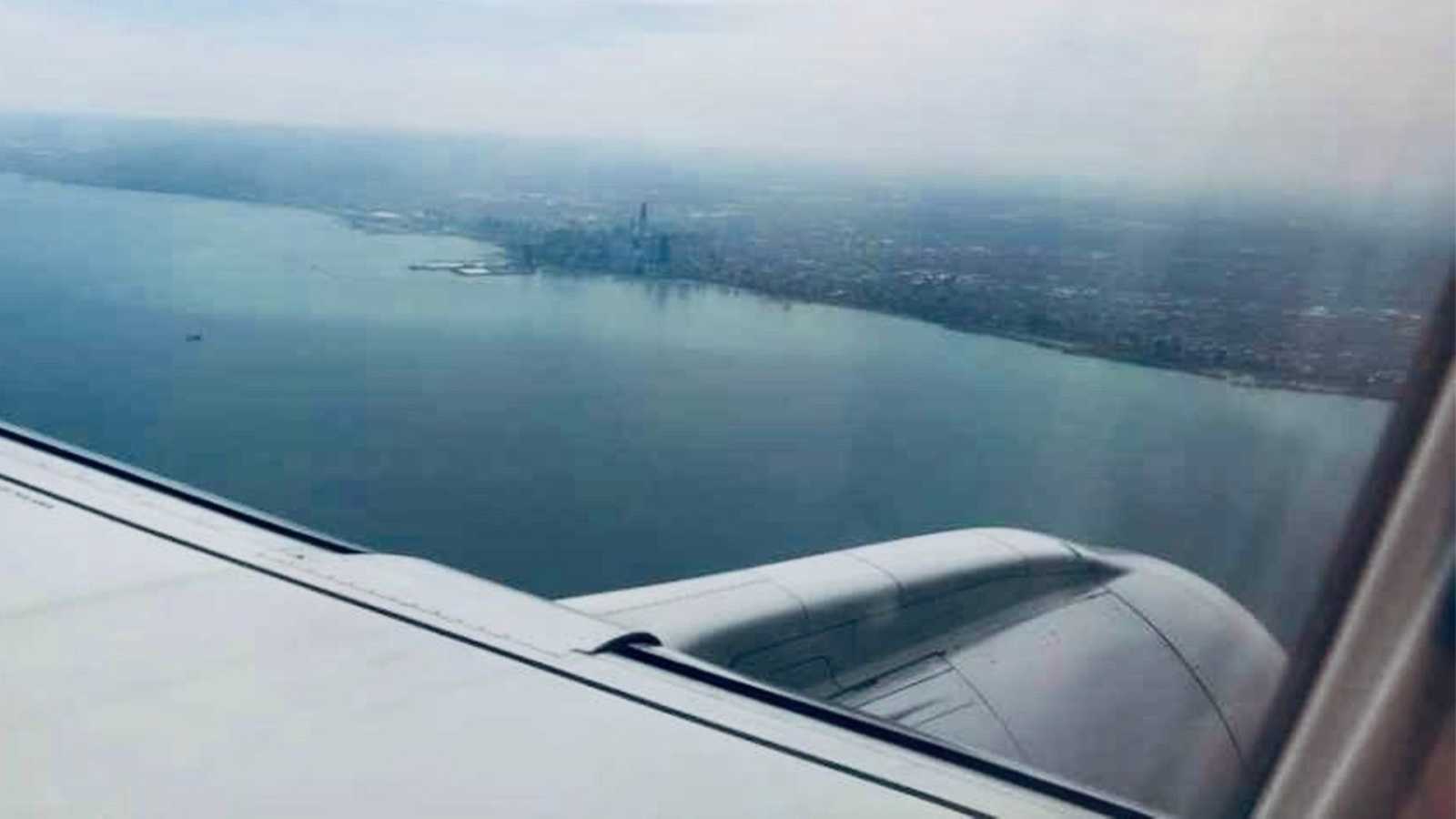 I’ve been on airplanes for the past three weeks. My flight to Chicago was changed to an earlier flight because of storms, so I didn’t get to pick my seat like a normally do. I always try to sit in a row where I don’t have to sit next to anyone. I’m not the biggest person on the airplane, but I’m not the smallest. My worst nightmare is someone being uncomfortable because they have to sit next to me.

My seat was assigned at the gate, and when we boarded I was sitting next to an older guy who said he was a comedian. He looked like he was in his 60s and had on bright yellow sunglasses. He stood up so I could get into my seat next to the window. As soon as I got buckled, he sat back down. The flight attendant started the safety speech and he got his phone out (with huge font and the screen brightness turned all the way up). His phone was maybe 12 inches from my face and he proceeded to text someone that he was sitting next to ‘a smelly fatty.’

I don’t even know what the rest of his text said. I turned my head away as fast as I could. I was shocked and it was like confirmation of the negative things I think about myself on a daily basis. Before I knew it, I could feel hot, salty tears coming down my face. I sat and cried silently, hoping this guy didn’t try to make small talk, because I didn’t trust how I would react and I didn’t want to get kicked off the plane. I was so hurt. The pilot came overhead and said there would be a 30 minute delay before he could take off – great. Just more time I would have to sit next to this creep.

We sat on the runway waiting for the OK to take off for about 10 minutes. I sat there unable to stop silently crying. I was scrunching myself up against the wall as far as I could. All of a sudden, someone from behind us taps on the guy’s shoulder and says, ‘Hey- I need to talk to you.’ The guy next to me takes out his headphones. Someone behind us says, ‘We are switching seats. Now.’ The guy next to me said, ‘OK – why?’ And I hear someone say (removing curse words), ‘You are texting about her, and I’m not putting up with that.’ A guy comes and sits next to me and is shocked when he sees me crying. He asked if I saw the texts and I nodded yes. He encouraged me not to let that guy get to me and that everything was going to be fine. We talked about Ross and the kids, his two year old son, our jobs, amongst other things.

He said he just happened to see that guy’s text messages, he started shaking he was so mad and knew he had to do something. He stopped the flight attendant and told her what he was about to do. I told him thank you for what he did and that it meant the world to me – and that he would be my husband’s new favorite person. The flight attendant kept trying to give him free drinks and told him that he was her hero.

So, this guy’s name is Chase. He works for Whiskey Row in Nashville. Share this post, look him up – whatever – he did prove to me today that (1) not only does God see me, but (2) there are more good people in the world than bad.”

This story was submitted to Love What Matters by Savannah Phillips, 32, of Oklahoma. Do you have a similar experience? We’d like to hear your important journey. Submit your own story here. Be sure to subscribe to our free email newsletter for our best stories, and YouTube for our best videos.

‘Oh honey, you should really wait until you lose the baby weight.’ Other customers heard. It took everything in me not to cry.’: Adoptive mom shamed for ‘baby weight’ by jewelry store employee

‘Why are your legs so fat?’ She laughed. I took my headphones out. ‘Pardon?’ Passengers watched.’: Woman brought to tears by stranger’s rude comment, realizes her ‘fat’ legs have ‘done her well’ in life