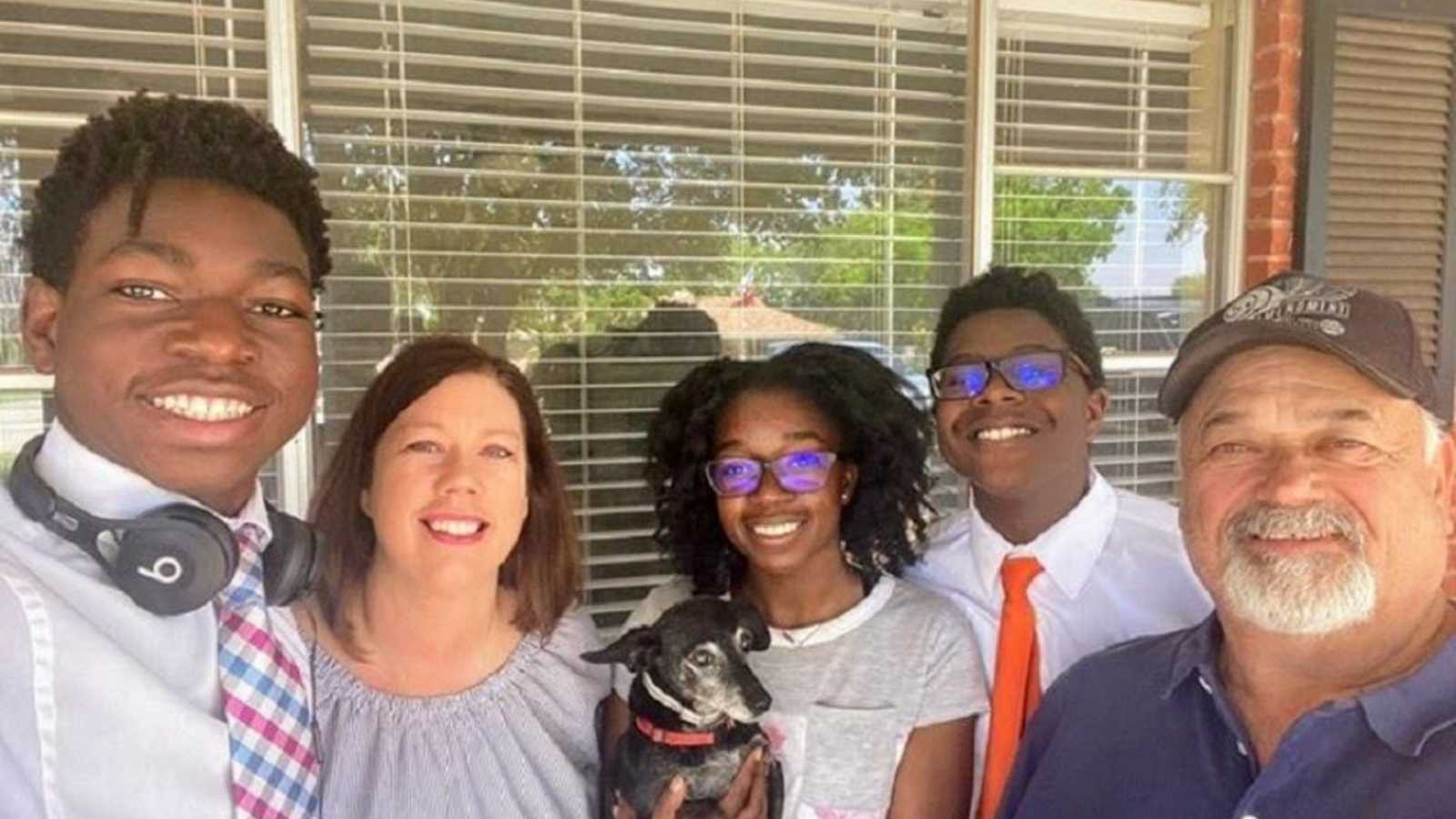 “As my husband and I discussed our future family, we agreed we wanted children and decided to try having a baby shortly after we were married. After a year and a half of zero positive pregnancy tests, we sought out a doctor. He assured us that IUI was an option for us, and we would probably be pregnant quickly. We were disappointed and a bit surprised when the first one didn’t work, but by the seventh failed IUI attempt, we were beyond discouraged. We then saw another specialist who ran more tests to see if we would be good IVF candidates. The news wasn’t so great. We could certainly try, but she also gently told us if we wanted to have a family, we would probably need to look into other options like surrogacy or adoption.

Her words almost felt like a relief because the part I’ve left out was the heartbreak. We all know the stages of grief, but most people don’t know when a couple struggles with infertility, they are cycling through grief — through the loss of an assumed future. At first, there was denial. No, there’s nothing wrong. It will happen. We just need to be patient. Then, there was frustration. Everyone around us was getting pregnant. Friends, co-workers, family members. Of course, we were happy for them but so very sad for ourselves. And yes, sometimes that sadness presented itself in the form of anger and jealousy. We moved through the motions of life, going to work, coming home to do what needed to be done, and that was it. There was not much joy, and we began to feel a distance creeping in between us. This wasn’t what I imagined when we dreamed of having a family.

When the doctor suggested adoption, it made sense to us. We could still have a family; it would simply be created differently. My husband and I were both familiar with adoption, as his step-father had adopted him, and I had a sibling who had been adopted. This wasn’t a difficult concept for us. We found an agency in our state and began filling out paperwork. The paperwork was unpleasant because it asks what you will accept in a child or a baby. It felt like if we answered no to anything we were ‘bad’ people.

Having gone years with no control over whether my body would get pregnant, it suddenly felt strange to have control over what we would accept in a child. Did we want a newborn or an older child? Were we okay with drug use or alcohol consumption during pregnancy? Were we open to special needs, and if so, what level of special needs? Did we want a boy or a girl?  Which ethnicities were we open to? There were so many questions we had never even considered.

In the beginning, we said we didn’t care which gender, but we wanted a newborn, and we wanted either a White or Hispanic baby or a mixture of the two because that’s what we were.

It was never a question of love. We could love a child of any age or any race, but we didn’t know how we would teach a child of a different race about the world when their experiences were different from ours. We also didn’t want to announce, ‘ADOPTIVE FAMILY’ every time we walked in a room because we didn’t look the same.

Almost immediately, we were matched with a White baby girl. We drove to San Antonio to pick her up and came home empty-handed. It was our first failed adoption. I cried all 300 miles home. A year later, we were matched with a Hispanic baby boy. Two weeks before his due date, we received the call that adoption was no longer the plan. The tears and despair came rushing back. These two losses on top of the years of infertility and failed fertility treatments just about did me in. I didn’t know how much more I could handle. I began to doubt. Were we supposed to be parents? Maybe there’s a reason nothing is working out. It shouldn’t be this hard to have a family, right?

We knew there were children already born who were waiting on a mom and dad to show up just like we were waiting on a baby. Did we need a newborn? Should we consider international adoption since domestic adoption hadn’t worked out for us? We began exploring other countries and looking over their requirements to adopt. What did we know about other cultures? What were we willing to learn? How could we keep our child connected to their birth country and their culture? These were the questions that dominated our conversations.

We considered adopting from China, but as we began filling out the paperwork, something just didn’t feel right. Somehow we knew in our hearts our child wasn’t in China. Then one day, I heard a news story out of Haiti, and something in me perked up. Haiti? What do I know about Haiti? Not much, so I began researching. Haiti began to consume our lives. We took in all the information we could find, and then one day in a moment of impulse, I emailed an orphanage to ask how the process worked. They emailed back and answered all of my questions. The email ended with, ‘A sibling group was just brought in yesterday. A boy and a girl. I’ve attached a picture.’

I always feel like I have to include this disclaimer when I tell our story. It wasn’t that I fell in love with a picture of cute kids. We had seen multiple pictures of children on waiting lists, and I never felt what I felt with this picture. It was like my soul recognized them. I knew them, somehow. I called into the living room for my husband to ‘come here.’ I didn’t say anything. I just showed him the picture. He looked at it, then looked at me and said, ‘There they are. Those are our kids.’

We immediately began the arduous journey of international adoption. A journey that would take almost three years to complete. Meeting our children on a courtyard in Haiti as sweat beaded my forehead was not what I envisioned when I dreamed of having a family with my husband. Even so, I wouldn’t change a bit of it. There they were. Our children with all ten fingers and all ten toes and curiosity shining in their eyes as they looked us over. Holding them in our arms after so many years of wondering if we would ever really be parents was one of the greatest moments of our life.

Back at home, we waited for any news on the adoption process. We were able to travel to Haiti every six months and visit the kids. How I cherished those trips and that time with them, but I couldn’t wait for them to be home. It was the immigration process that took the longest. We waited almost a year for visas to bring them to the U.S. We were given no timeline. We had no idea when the visas would be issued, and we could travel to bring them home.

On May 1, 2009, we received a phone call about a little boy in our community. He was in a difficult situation and needed a place to stay for about a week. Since we had background checks done on the state and federal levels, we were asked if we could take him. We said yes, thinking it would be a fun experience to prepare us for the arrival of our children. He was delivered to our home that afternoon. He was a bundle of nonstop energy and complete joy. We were smitten. And then, we were told he needed a permanent solution. Would we be interested in adopting him? We looked at each other and in unison said, ‘Yes!’ Fifty-five days later, we received the call that our children had their visas, and we needed to come get them.

In the first ten years of our marriage, we had no children — only a sliver of hope. In less than two months, we had three children. It’s been a whirlwind ever since. This path we chose has enriched our life in more ways than we could have ever imagined. It’s all been such a gift.

There are many more layers I can’t fit into this space. Like parenting children from hard places, or the challenges of a transracial family, and the fact that adoption is built on brokenness. Those are definite realities, but we always knew in our hearts if God led us this far, He would give us what we needed for the rest of the journey. And He has. After all that time, all that heartache, all that searching, here we are.

Our happily ever after. It’s still my favorite story.”

This story was submitted to Love What Matters by Lila Harrison King of Texas. You can follow her journey on Instagram. Her book, Love Like A Mama releases in October 2020. Do you have a similar experience? We’d like to hear your important journey. Submit your own story here. Be sure to subscribe to our free email newsletter for our best stories, and YouTube for our best videos.

‘Can you take care of her hair?’ We’d be lying if we said we were fully prepared. We had work to do.’: Adoptive mom to transracial family says ‘we are committed to learn and grow’

‘My husband called. I knew something was up. ‘She delivered a baby last night.’ I shook. I cried. He wouldn’t be the only brown face in our family.’