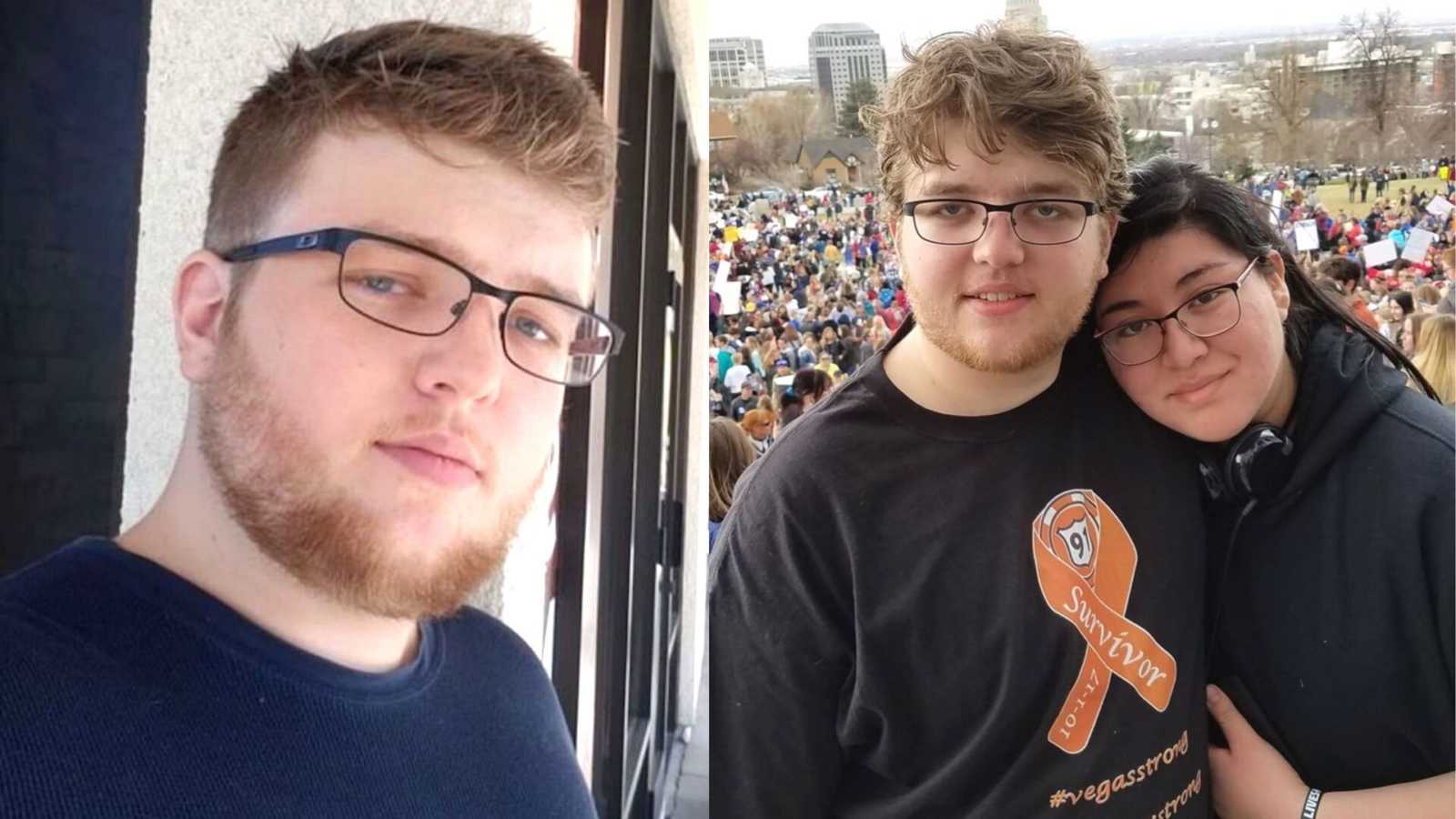 “My name is Royce Christensen and I was involved in the Las Vegas Massacre of 2017. I’m a security guard; I do all kinds of work for the various stadiums, casinos, big bars, and random events across the strip. My brother, his now ex-girlfriend, and my mother are all security guards and work events with me as well. I had just transferred from Houston to Las Vegas, and it was still a bit of a culture shock going from doing football games every Sunday to doing outdoor concerts whenever they were available. Work was far scarcer so I was ecstatic when I saw a position available for both set up, performance, and tear down for a venue called Route 91. it was reliable work for nearly a month, and I wouldn’t have to do anything too crazy, or so I thought.

Everything was going great. Set up was easy with no hiccups and the guys doing the event let us have water and sports drinks for free. As a bonus I made a good friend over the graveyard shift who was funny as hell and the first guy to really accept me in the company. The event comes about and I’m redeployed from watching a gate to backstage security. My job was to sit in a chair and check credentials of everyone who tried to enter a particular trailer. A super easy job. It should have been, anyway. On the last day of performances, I show up to work without my phone because I got caught using it at work the day before. I’m just focusing on my job to make the time go quickly.

At 10:05 P.M. shit hits the fan. I’m the closest guy inside the event to Mandalay Bay and when the shooter starts firing, I can hear exactly where it’s coming from. At first, I thought it was fireworks or maybe some idiot lighting off M80’s to force us to evacuate the event, but then the shots go ‘full auto.’ I don’t know how else to explain it but it was the fastest repeated banging I’d ever heard and the sound still haunts me. It was this cacophony of screaming bloody murder in terror and pain mixed with ‘BANG! BANG! BANG.’ I remember once the shots started coming in the lights on the stage lit up and an announcement went over the loudspeaker asking people to please exit the venue. I heard one of the backstage crew shout, ‘This is actually happening!’ I realized at that moment this is an active shooting.

I instantly went to my coworker to get him out with me. When the shots came in close enough my hair was showered in little shards of metal. I honestly thought I was going to die. I began to accept it. I knew I wasn’t going to see or talk to anyone I loved again but I was going to do everything I could to make sure the 40-50 people with me would make it out. I kept replaying in my head what I was going to do if the gunman hopped the fence and came at us. At the time I had no idea he was in a hotel room. My idea was just to go for the gun and stall as long as I could.

As unarmed security our policy during an active shooting is to 1. Run (and bring as many people out with you), 2. Hide and 3. As a last resort, fight back. I told my partner ‘We need to get out now!’ The guy must have been in denial and shock because he told me with a straight face, ‘But what about my lasagna?’ The guy was more concerned with saving his lunch than himself! That’s how unbelievable it was. I made a b-line for the nearest gate on the other side of the event grounds.

I didn’t even make it a fifth of the way there when my boss pulls me behind a bunch of tour buses as panicking concert goers rush over to our location. There must have been 40-50 people and only 3 security guards and a lone police officer to try to protect them and keep them calm. At first, I tried to make a run for it when the guy seemed to be reloading, however the gunfire would start up again too fast and by the second wave of bullets I realized this wasn’t going to stop anytime soon. By the third or fourth round he started to target where we were hiding causing the dusty ground around us to poof up as the bullets hit. It was terrifying.

A shower of shrapnel landed on my head as he shot up the stage. After that the cop had us to attempt to control our little group and make everyone turn off any lights and stay down. I was in charge of getting the wounded to one place and perform some limited first aid (tourniquets, pressure, etc). There were 5 in our group and then soon a 6th who was a woman covered in blood and taken to an electrical shack on a barricade being used as a gurney. There was a 7th person who came to us later after one of the staff decided to make a run for it. The 7th guy came up to me with his wrist half blown off and calmly asked, ‘Where do I go?’ without sounding panicked. He was in shock. It was like a war zone.

There was a medic who came running from near the Tropicana; he was a big Santa Claus looking man who I also will never forget despite never learning his name. He treated injuries better than I could. People were screaming so loud. Guys in our group would suddenly try to stand up to go fight the man shooting at us, and this one drunk as hell woman in a cocktail dress asked me, ‘Where can I use the restroom?’ as bullets flew over our head. Really? This was proof of how it was all utterly surreal.

Suddenly, it all got quiet and after 10 minutes of constant gunfire, it stopped. The screaming stopped as everyone else in the event grounds evacuated. It was the quietest I had ever heard in my life. Truly deafening silence. I had no idea whether my family was okay and during the shooting I couldn’t call my fiancé to tell her I loved her one last time as I had left my phone at home.

After an hour sitting there unsure of what was going on, SWAT finally came and cleared the guests to evacuate. My supervisor had me check for survivors before sending me out to the concert field to deal with the people who had brought wheel barrels to take away their dead friends and family. I had to walk over a maze of bodies. There were so many people you couldn’t walk three feet in a straight line without stepping on one. I get to the guys with the wheel barrels and we help them to leave. Then my manager gets to me. He tells me, ‘You’ve done an amazing job, now get the fuck off this field.’ It was the first moment everything I had seen and done really hit me. It started feeling like a dream as I walked out of the event to see the gutters red with blood and a group of people telling a woman who was beating on the chest of a body that ‘it’s too late, he’s gone.’ A big pickup truck loaded up three layers deep with wounded people came screeching down the street honking like crazy. I remember I just started laughing. it just seemed so insane, so impossible.

Seeing the bodies is the one thing that sticks with me. These people died in the most horrendous of ways. Their faces are burned into the back of my skull.

In the end my family was all okay, we all made it out without a scratch, physically anyway. My friend died, he had been shot in the throat and drowned in his own blood. One of the worst parts was after when I was interviewed, and I started getting death threats from people accusing me of being a crisis actor. I went through all that, lost a good friend, and still people thought my emotions were fake. An act.

I still can’t see myself as a hero. I was just doing my job at the right time and the wrong place. It took me a long time to realize I am not a failure and that those people did not die because of me. In actuality I helped others. I need to be proud of that. The one thing we can take away from these tragedies is that regular people help people. It brings out the best in us.”

This story was submitted to Love What Matters by Royce Christensen of Las Vegas, NV. You can follow him on Facebook and Reddit. Do you have a similar experience? We’d like to hear your important journey. Submit your own story here. Be sure to subscribe to our free email newsletter for our best stories, and YouTube for our best videos.

‘You disgust me.’ I felt the barrel of his gun against the back of my head. This is the exact handgun I had purchased for him.’: Woman overcomes abuse, narrowly escapes death to ‘be a survivor’

‘You would have to be prepared to adopt.’ My heart stopped fluttering; it just stopped. ‘How am I even allowed to be doing this?’: Woman becomes transracial foster mom, ‘We are the lucky ones’

“She was playing basketball with all the neighborhood kids in our front yard when I got home from work. My heart fluttered. ‘What the heck am I doing? Can I even be a good mom? I know NOTHING.’ I walked up and tried to say hello to her.”

“We woke up to find him gone. We’d just gotten into an argument because he was caught sneaking out. We couldn’t call him because he had his phone taken away. Panic set in. Was he running away? Or just hiding out for a bit? We turned the corner to police cars, fire trucks, and road closures. ‘Are you Jennifer Chappell?,’ the police officer asked me. ‘Yes.’ I was too late.”

‘He found her playing with a used drug syringe. ‘The kids can all come here!’ I didn’t even stop to talk to my husband.’: Couple fosters 5 siblings, deals with ‘roller coaster’ of 7 kids

“’Hey, I was thinking…’ I am the queen of crazy ideas. This was a single father with five children, ages 12 to 1. That hit me like a ton of bricks. I didn’t even hesitate.” 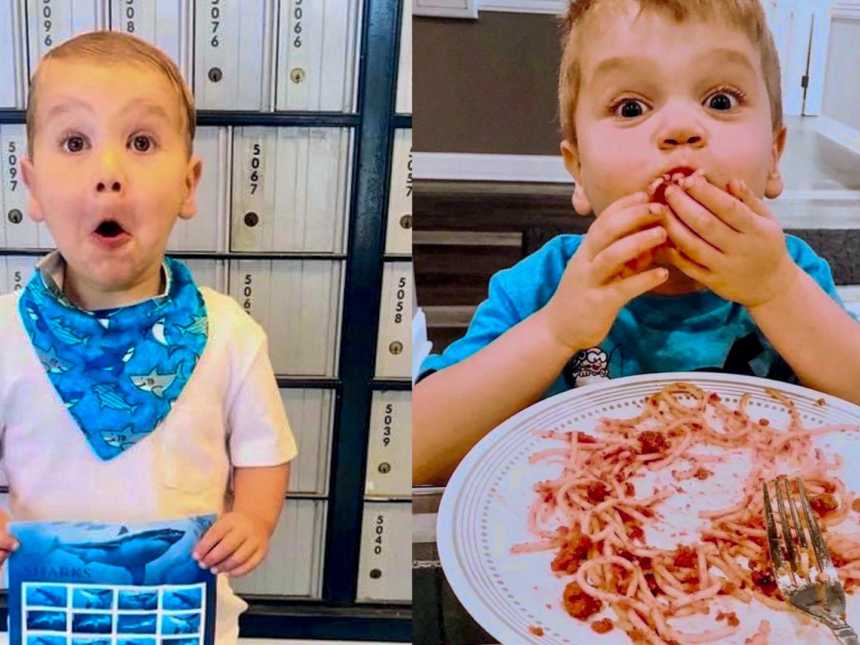 ‘The manager said, ‘Could you please re-tell me your card number?’ I thought about the disrespect I’d seen this past week.’: Mom advocates for kindness after post office visit

“I was in my local post office sending a package. I realized our soup was missing. USPS. I think I’ll survive without mail for a few days.”

“People are curious. I’m a petite woman. They ask, ‘Are they ALL yours…like, came out of your body?’ When I say yes, they follow up with, ‘…How did you do it?’ I don’t. WE do it together.”