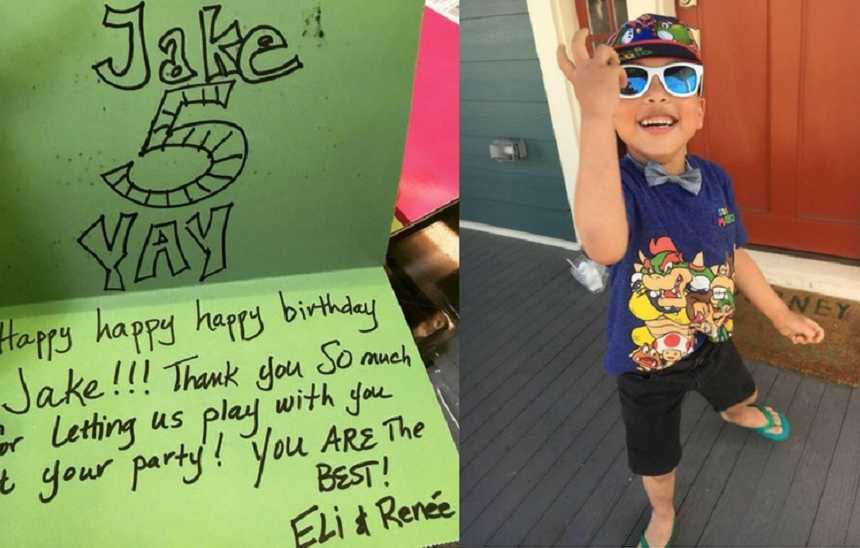 “When we arrived to the kid gym, I could’ve just kicked myself. I promised my 5-year-old nephew, Eli, that we would visit his favorite sensory-friendly play area, but it was closed for private parties.

By the time I realized this, Eli had already taken off his shoes and joined the party-goers, ready to have a blast. I was dreading telling him that we would have to leave because he had been looking forward to going for quite a while. It’s one of the few places in the New Orleans area that caters to children on the autism spectrum. I texted my sister, Khayriyyah, Eli’s mom, that I needed a backup plan because ‘it was about to go down’ with Eli once I explained we had to leave immediately.

So, when the birthday boy’s parents came over and said, ‘It’s cool, he can stay,’ I was relieved! I asked if they were sure and his dad said, ‘Yes, absolutely. We get it.’ I was overwhelmed with emotion and gratitude for their kindness and generosity. It meant the world to me because I was worried that Eli wouldn’t understand why we had to leave. I think a big misconception about kids on the spectrum is that they are intellectually delayed. With Eli, it’s not that he wouldn’t understand the information given to him, it’s that he processes it in a way much different from most, especially if it’s a difficult situation.

If we would have left, Eli would’ve been extremely sad. Because it’s hard for him to express that sadness, he probably would’ve had what looks like a tantrum. The ‘tantrum’ isn’t a result of not getting his way but rather a result of the frustration of not being able to communicate his disappointment. He would’ve ruminated over it for weeks and possibly months, which is why when I updated his mom that Jake’s parents invited us to stay, she simply replied with the hands up gratitude emoji!

No amount of emojis or words can really express what it meant to our family to be welcomed by Jake’s family — they even invited us for cake and gave Eli a goodie bag. I knew that Eli appreciated the gravity of the situation as well because he wished Jake ‘Happy Birthday’ and thanked him. It’s a really big deal and takes a lot of effort for Eli to speak to a stranger.

We picked up a gift and made Jake a card, but that still feels so minimal compared to the gift we received from Jake’s parents. Any family of a child with an exceptionality knows the heartbreak and challenges that often come along because of misconceptions and misunderstandings of their child’s special needs. Our family knows these challenges all too well because my 9-year-old daughter, Beyla, also has exceptionalities. My sister, Khayriyyah, and I are grateful to have found support and an understanding ear in one another. It’s not often that we experience this understanding outside of our tightly knit circle. That’s why Jake’s parents’ invitation was especially meaningful to us. I am sure that although we had never met before and may never cross paths again, I know it’s families like Jake’s that help to make this world a better place.

This story was submitted to Love What Matters by Renée Cutno, 43, of New Orleans, Louisiana. Submit your story here, and subscribe to our best love stories here.