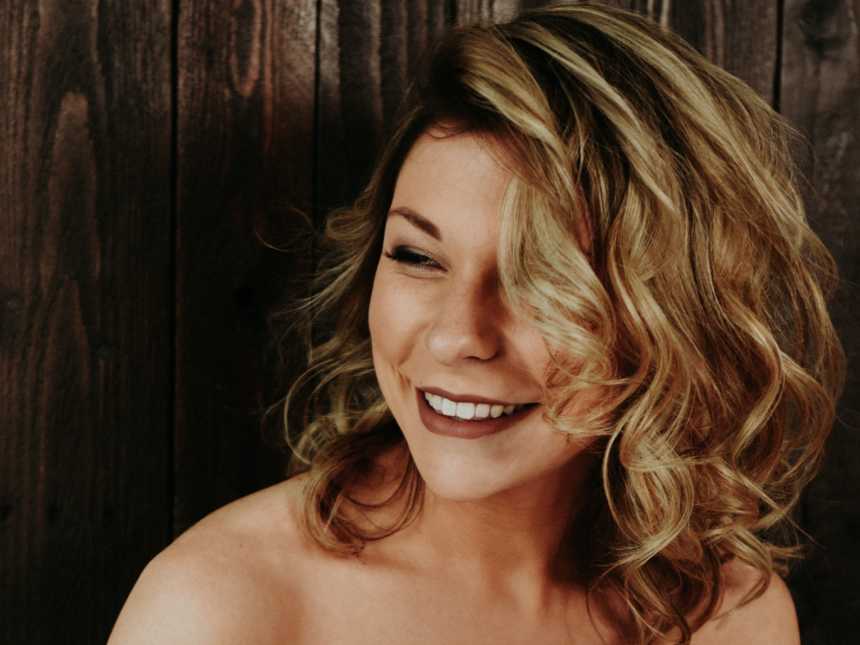 “I hope that reading my story helps inspire those who aren’t okay, but realize they can be. To know that even though your life or your body may not be something you love currently, it can be and should be. I was there – in a place where I wasn’t happy – but instead, I struggled and pretended to be. Now I am truly happy in what I am doing and the skin I am in.

In high school, I dated someone who I thought was going to be ‘the one.’ We all get like that right? Your first love, your first real relationship. I was a sophomore — he was a senior; you think it’s amazing. Senior prom, invites to parties, something my 15-year-old self thought was going to be incredible. But, along with him came the constant thought of: how do I keep this senior? How do I make sure I’m pretty enough, smart enough, funny enough? Which is ironic because, looking back, I realize I was too good for him. He was someone who didn’t put school first, wanted things handed to him, was immature — not someone who was going to be the man I wanted to end up with.

Of course back then I thought he was great and I was flying high, but then came the small comments. ‘Wow you look so tiny in that, you should look tiny all the time.’ (keep in mind in high school I went from a size 2-4 my freshman year, to a more solid 4 the next year, and ended high school a size 2… not someone who isn’t ‘tiny’ all the time). It also wasn’t helpful that some days I was ‘so pretty’ and other days I was ‘like most girls — average without makeup.’ Needless to say, my parents hated him. They said he treated me badly and wouldn’t be someone I should spend time on, so of course I took that as, hang out more.

As this continued, and I kept eating less and worrying more. The mom of two little girls I was babysitting at the time took me aside and asked me if I was starving myself. She had anorexia in high school and was worried. I was shocked. Me? No. I would never do that. I was fine. But after that I realized I did watch what I ate. I went hungry and popped gum in my mouth to avoid snacks. The next night I went home and stared at myself in the mirror. I could see all the ribs, the bones in my back, and I have never cried harder in my life. My mom came in. I told her what was wrong and she held me and told me that I needed to see the beauty in myself. My mom struggled in high school and afterward with an eating disorder herself, and she was worried for me. My eating disorder was due to the struggle of trying to keep someone who wasn’t worth keeping. I realized I needed to help my body and get strong. What I was doing wasn’t helping me, it wasn’t making me prettier — it was hurting me.

My boyfriend and I broke up soon after that, and I focused on myself. I struggled with depression in high school, I had an anxiety disorder and still do; but I have grown with help from my family and my friends. I see the beauty in who I am and realize my body is my body and I need to take care of that. It doesn’t matter what ANYONE else says, it matters what I see and what I value. And I value myself.

I wish I could say that was it and when I came to college everything was fine, but it wasn’t. Four years later I found myself in an emotionally abusive relationship. And the thing is, when you’re really in an abusive relationship — sometimes you don’t even realize it. I met someone who I thought was great: played baseball, played guitar, cute, had tattoos, was older; sounds great right? I hadn’t really had a boyfriend since high school. But this kid, something was different. I should’ve known from the start it was bad. The fact he was only interested in me for the first few months when he was drunk and bored should have been a clue. I would say ‘no, I’m done, this is stupid,’ but every time he called on me I came running hoping he would change his mind. A few months later, he told me he liked me and could see himself with me. That I was different. But he didn’t want to date me. I wasn’t the ‘type’ of girl he saw himself in a relationship with. Why though? I was smart, I was involved on campus, I had goals, I was pretty, right? But apparently only pretty enough for sex. I was good enough for a casual hook up but not anything else? Always introduced as a friend, and behind closed doors it was, ‘you’re just not good enough,’ or ‘you’re cute but not who I see myself with,’ or ‘I just don’t see myself ever wanting to date you.’ And time and time again I would leave, say I was done, and go back.

Over Christmas break he told me flat out, ‘I won’t be here for your problems, I don’t care. We are friends, sure, but don’t expect a lot from me. This isn’t worth it.’ I cried. I lost it. Why? Why wasn’t I? In January he apologized, said he was dumb, didn’t mean it, and it would be better. It never was. I went home in February and told my mom about it, finally. She looked me dead in the eye and said, ‘he’s emotionally abusing you.’ At first, I thought she was joking. No way, I know better. I wouldn’t let someone do that to me. But the more she talked about it, the more I realized she was right. I went back, he beat up my ego, my thoughts, my feelings. He tore me apart telling me why I wasn’t worth it. And I realized as much as it hurt to rip him out of my life — it was the best thing to do. I cut him out, dumped his stuff in the snow outside his house, blocked him from everything, and realized I needed to quit him cold turkey.

I took that summer to focus on myself. I don’t know exactly what flipped the switch, but one day I woke up and asked, ‘why do I keep hating myself?’ I am pretty, and smart, and funny. I can make anyone laugh. I am someone people like to be around, and I knew that. So why was I letting these idiots make me feel less than I am? I realized something needed to change. I focused on myself.

I am now with someone who tells me I am beautiful every minute of every day. And you know what? It is sincere; I believe him. I never question why he’s telling me that, or if he wants something from me. I know he just wants me to feel good about myself and see what he sees. He loves me without makeup, he loves me in sweats just as much, if not more, than if I am in a dress or skirt. He makes me believe in my beauty and honestly is part of the reason I am so confident in myself.

I decided to do this self-love and empowerment photo shoot because my friend did one and could not stop talking about how much she loved it. I always talk about self-love and how I have it, but I realized if I could do this shoot, I really did. The minute I got ready for a picture, I realized ‘this totally rocks.’ I felt so comfortable and empowered. I felt comfortable enough to say, ‘Hey this is me and here I am and if no one else likes it, who cares?’

If anyone can take anything from my story, I want it to be this: at the end of the day you only have yourself. Yes, there are those who love you, but until you can see what those people see, and see how amazing you can be, you won’t love yourself. You have to be happy. You have to be confident. You are beautiful. It doesn’t matter what anyone else thinks or says or feels. You have your mind, your body, your feelings; you don’t have to change yourself for anyone else. Whatever you do, do it FOR YOU. No one else matters. You need to realize you ARE important. You ARE beautiful. You ARE enough. No one is perfect, and no one should strive to be. Just strive to be someone you wake up and smile at.”

This story was submitted to Love What Matters by Alex H. of Ohio. Submit your story here, and subscribe to our best love stories here. 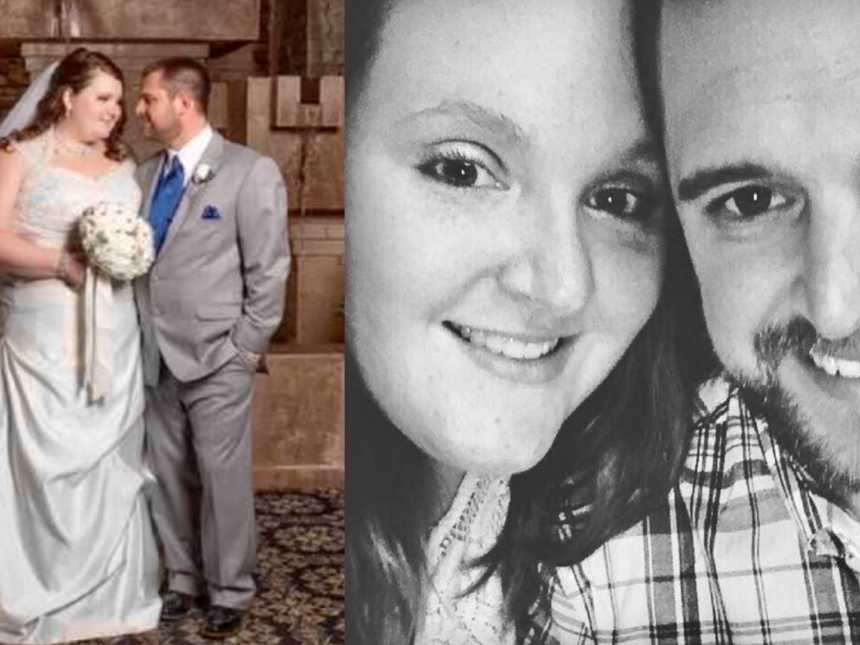 ‘My pediatrician made me go to weight-controlling therapy for 2 weeks because she thought I was fat.’: Woman shares eating disorder journey, recovery with boyfriend’s help

“I was a walking skeleton. I was ashamed to show him my body. He took me to the gym, but only under one condition — I would eat.”