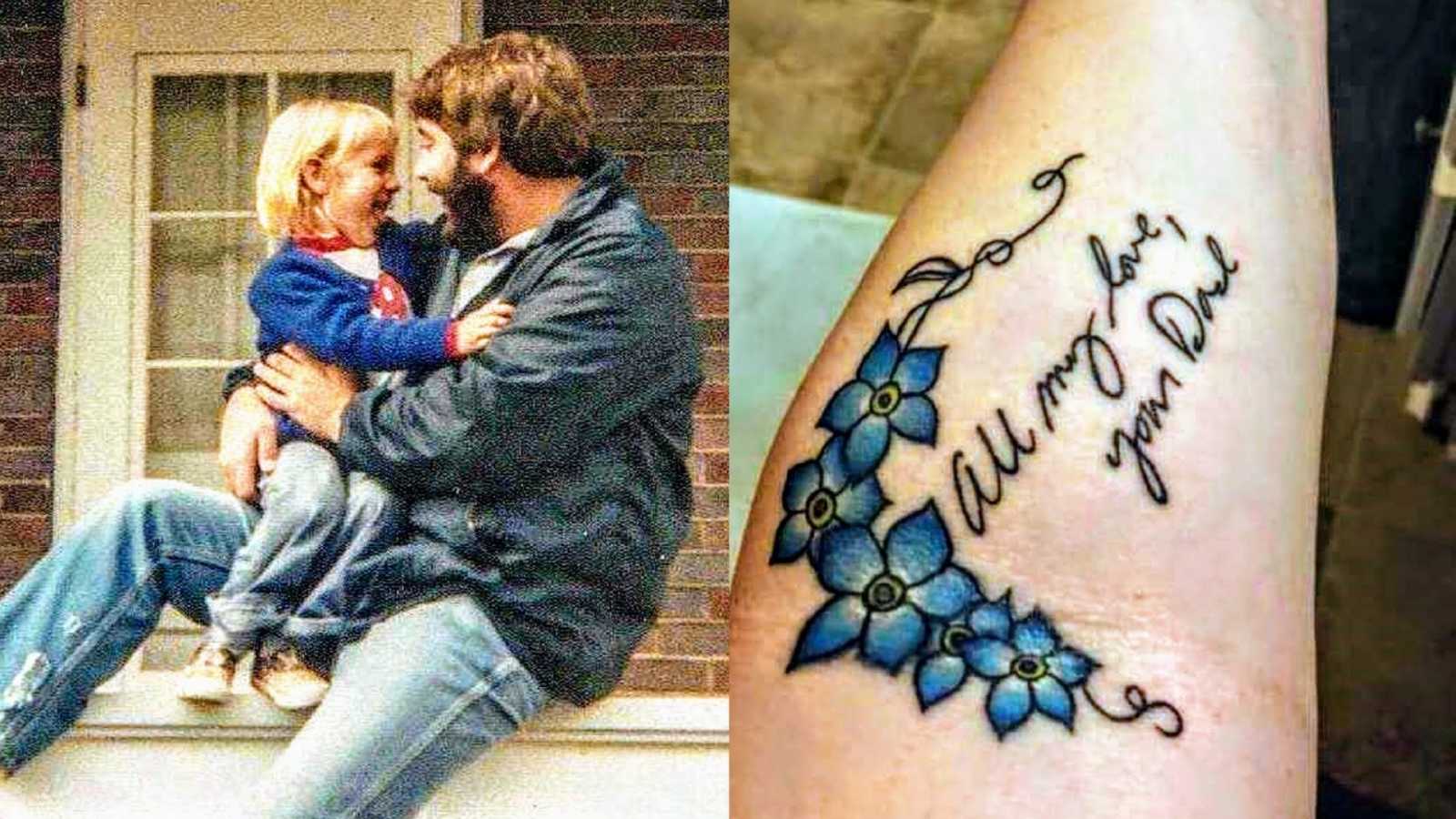 “My dad, Harold ‘Butch’ Hendershot, Jr., was very well known in our little community of Cumberland, Maryland. He had been a renowned, long-time city councilman, and was a bold, passionate man who made an impression on everyone he met. There was a special place in his heart for the disabled people he worked with in the community. He loved books and collectibles. He was patriotic and determined. He had a way with words. Dad was downright funny, full of unforgettable one-liners, and had the most distinctive mannerisms and expressions. He was blatantly and unapologetically overjoyed at the blessings in this life, and for each and every one of his family members and many friends.

My parents divorced when I was two years old. I grew up living with my mom and sister and had never known my parents as a couple. Dad remarried when I was four; life with him became weekend visitations, extended family, and new siblings.

In many ways, I was closer to and more comfortable with my stepmom at one time, as she was the caretaker and organizer when I visited their house. To the little girl me, Dad was busy, always just out of reach, and a little intimidating. Those early years were a blur, really. I had an average divorced-household childhood I suppose, but I remember distancing myself from my dad somewhat as a teenager. I felt a little lost and rebellious for a period of time. I was a good kid, but I didn’t fully know myself yet.

By my early-to-mid 20s, I had moved to South Carolina with a boyfriend Dad had never even met. There was only occasional communication between us, as there always had been up to that point. But then he wrote a long, heartfelt message in a Christmas card in 2001 that caused me to break down and feel such relief and warmth. I’ll never forget that feeling of reading words I never knew I even needed to hear. He told me how much he loved me and how sorry he was for not always being there as much as he should have.

Not long after that, I moved back to Maryland and eventually met the man I would marry. God knows I hadn’t always made the best choices in my life, but by the time I was 30, there was rarely a time I spoke to Dad that he didn’t tell me that he loved me and was proud of me. And I know he did the same for all five of his children.

Dad didn’t just tell you he was proud of you – he told you exactly why, even when it didn’t seem as if there was a reason to be proud. He would continue to randomly apologize to all of us for the past, but I didn’t believe there was anything to apologize or make up for anymore. For me, all that mattered now was the present and the future.

By 2014, I was married and had four-year-old twin boys. Those boys were such a joy in my dad’s life, as they were his only grandchildren at the time.

Since Dad and I both had a passion for writing, he approached me with the idea of co-writing a children’s book based on the twins’ shenanigans. It was a thought we toyed around with for a while until we finally decided to do it.

Writing the book together was Dad’s idea, but I was primary writer. He provided ideas, suggestions, edits, and made all of the important decisions. This book was to be the first in a series of adventures for the twins. In 2015, we finally published Sam and Vincent’s Rainy Day. We did a local book signing and some mild promoting, though it was really just something that we had wanted to do for ourselves, together. Whether people bought any copies or not, we were very proud of ourselves.

Within that next year, we often talked about a topic for the second book in the series. When we began trying to put it together, Dad started dealing with more and more health complications due to the virus that had attacked his heart about 10 years prior. In the last couple years before he died, it seemed like he was always in and out of the hospital. There were many scares, and he started to need a lot of extra care. Numerous health issues were especially hard on his weak heart and difficult for his body to overcome.

It was a severe case of pneumonia that finally proved too much for him. In the days leading up to his passing, we knew it was just a matter of time and that there was nothing more any doctor could do. Many family members – including my stepmom, his children, siblings, and some nieces and nephews – camped out in the hospital the night before he passed, in order to spend his last moments with him. In his hospital bed the next day, surrounded by all of us, we silently said our goodbyes as he slipped away. I watched him take his final breath that afternoon, knowing we had only really just begun. We had gotten a little bit of a late start, but there was so much more to say and do.

When I went home that night after he died, I located a bag of items Dad had given to me several months prior. He had told me what was inside — just some clippings from his political career and some photos and other little items. For some reason, I never fully looked through the bag when he had given it to me. But when I went through all the items on this day, I found something I never knew was in there – something I had once told Dad I would love to have someday after he was gone. It was a pocket watch given to him as a gift at the end of his career. On the front of the watch it reads Butch Hendershot – A Meaningful Life.

On May 6, 2017, my dad died at just 62 years old. It was the day of the Kentucky Derby, an event he thoroughly enjoyed watching every year. I watched him take his final breath that afternoon. A few hours later, a horse with his middle name raced in the Kentucky Derby. It didn’t have good odds, but I felt compelled to bet on it the way he used to do. With terrible odds, that horse ended up coming in second place. Betting on a horse each year whose name reminds me of my dad is a tradition I will continue for as long as I am able.

Looking back now, I wish I had just written that second book before he was gone because it was important to him. It didn’t seem like a priority at the time, and I had pushed it to the back of my mind. Now we’ve got only one book that says ‘first in a series’ on the cover, and it’s been four years since its publication. It’s been almost two years since Dad passed away and I worry that, as more time passes, it will make less and less sense to even bother doing it at all. Nonetheless, I’d like to publish the next book in his honor.

A few months ago, I found a note Dad had written to me. Over the years, I had kept some particularly special emails and letters from him. I knew then that I wanted to have some of his words from the note tattooed on me in his handwriting. It would honor him in a way that meant something to me, and I knew that I would think of him every time I saw it.

You can never be sure of the things you’ll miss about someone until they are gone – their handwritten notes, their voice on the phone, their presence in the next room. Until we meet again, Dad. All my love, your daughter.

If you have a moment, please take the time to check out our book Sam and Vincent’s Rainy Day on Amazon.”

This story was submitted to Love What Matters by Jennifer DiFonzo of Nashville, Tennessee. Submit your own story here, and subscribe to our free email newsletter for our best stories.

‘The nurse said, ‘She’s going.’ She looked me right in the eyes as I brushed her hair. ‘It’s okay, Grandma. Go see Grandpa and the girls.’

‘They were identical twins that spent their lives together. She cradled her sister in her arms. ‘Please Courtney, don’t leave me!’ There were no warnings.’