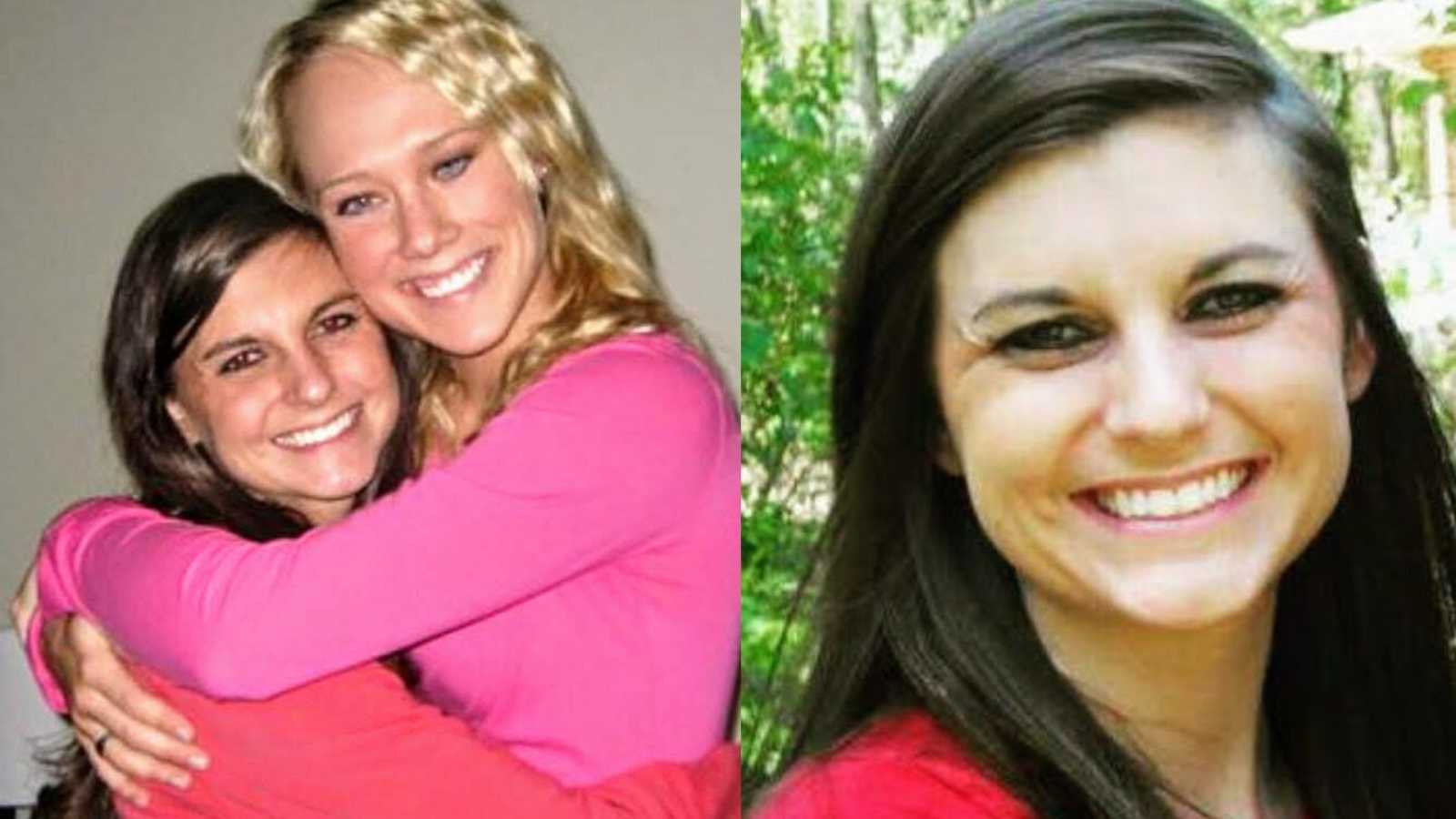 “I kissed the top of her head and walked toward the door.  I paused.  I knew this was it.  I turned around to look at her and try to memorize her image, an image I barely recognized due to her physical state.

I let the door close behind me.  I was twenty nine and she thirty, but I knew that was the last time I’d see my sweet friend on this side of Heaven.  Twenty nine and thirty.  We should’ve been out sharing cocktails or having a girls night in, b*tching about men and jobs.  We shouldn’t be here.  Anywhere but here.

The present ‘here’ was the fourth floor of a large hospital in Greenville, South Carolina.  I stood outside her hospital room for a few moments, trying to decide whether to go back in.  She was alone in there, it was nearly midnight and although she’d had plenty of visitors earlier in the day, I was the last to leave that night.  I’d driven down from Richmond, Virginia to see her when I got the call from her sister telling me things were bad.  The ‘come now if you want to say goodbye’ kind of call.

Hours earlier I’d spent time scurrying around her hospital room, trying to clean it for her.  I was trying to find some way to feel ‘useful’ or ‘helpful’ in an unimaginable situation.  I rubbed lotion on her legs and feet and I changed her socks, tasks she could no longer do herself.  I wanted so badly to find some way to at least make her more comfortable, but I felt completely helpless.

Finally, I climbed halfway in bed with her and we watched the first half of the first episode of Schitts Creek on her laptop.  She’d been trying out many shows during her three-week hospital stay.  I couldn’t focus on the show; instead, I watched her watch, as I tried to wrap my mind around the fact that she was dying.

As I left her that night, her laptop was propped up on the hospital bed table and she was finishing that first episode.  I didn’t want to leave her, but I knew I never would, and I had to drive back to Virginia in the morning.  So, at a few minutes before midnight, I stood outside that heavy hospital room door.  So many thoughts went through my mind.

How did we get here?  Is it really too late?  It is…we need to make her comfortable.  How will I go on when she finally stops?  How will any of us?  Are we even sure the world will keep spinning once she’s gone?

Two days later, she died.  One of my closest friends in the world died as a direct result of Anorexia Nervosa.  And the world did keep spinning, which made me surprisingly angry.

Her last Facebook posts, weeks before her death, had an angry tone to them.  If not angry, maybe desperate.  She emphasized how eating disorders are a mental illness and NOT a choice, and should not be treated any differently than any physical illness.  Usually her posts were sweet, often expressing gratitude.  I think as she felt her time running out, though, there was more she needed the world to know. In fact, she had once told me that if she ever passed away, to please tell her story.

I love my friend with all my heart, but I hate her eating disorder with every fiber of my being.  I hate what it took from her, and that it ultimately took her from us.  In my personal grief, I’ve found it important to separate the two.

There is Katie, and then there is Katie’s eating disorder.  It’s easily confusing, as one lives inside the other, so they might at times appear as one.  But they are not.  Not at all.

Katie was kind.  So kind.  She was breathtakingly beautiful, both inside and out.  She was caring, loving, and the kind of friend most people only ever long for.  She was loyal.  She loved with her whole heart, and insisted that was the only way to love.

Katie’s illness, her eating disorder, was cunning.  Manipulative.  Greedy.  Her exact opposite.  And it wanted her all to itself.

This is the first time (and God help me, hopefully the last) I’ve lost someone close to me to a mental illness, and the predominant feeling, other than grief of course, surprised me.  Loneliness.  It feels lonely.  I am lonely without her, her calls and texts and our visits.  But the grief itself also feels especially lonely.

If your best friend dies of cancer, that’s horrible, but everyone understands cancer (to a degree, at least).  If your best friend dies of Anorexia, people are…confused.  I had one well-meaning family member tell me, ‘Well, she killed herself.’ Well…yes, but also definitely no.  Katie did not want to die.  She wanted to live, desperately.  She verbalized this again and again.  She couldn’t get access to the proper level of care she needed at the very end, and after a long, 15-year battle with her eating disorder, her body finally succumbed.  She fought.  I won’t have anyone thinking she starved herself to death purposely just because that’s what she wanted to do.  It might sound simple, but it is so, so complex.

Yes, she did essentially starve herself to death.  That is one way of looking at it that is not completely inaccurate.  But she hated it.  It tortured her, and she fought back as hard as she could.  She did not choose this.  She did not want to be gone.

She wanted to be here—with her sisters and niece and nephews, with her dad whom she called ‘Pops’ and with her friends—and she tried.  She tried as hard as she could for as long as she could.

The fog has not yet cleared enough for me to decide how to best proceed in her honor.  I know we will fight to raise awareness and reduce stigma.  I know I will be at lobby day to speak to legislators about the importance of comprehensive mental health coverage.  But that doesn’t feel like enough.  I suppose nothing will ever feel like enough.

But we keep trying, and we carry on, for Katie and for ourselves.  I will miss her every day for the rest of my life, and I have to make some kind of positive change in her honor.  For me, it is part of the healing.”

This story was submitted to Love What Matters by Kendall Baker of Richmond, Virginia. You can follow her journey on her blog and Instagram. Submit your own story here and be sure to subscribe to our free email newsletter for our best stories, and YouTube for our best videos.

‘No one else has the guts to tell you this, but you look like a crack addict.’ I was surrounded by a looming cloud of self-hatred.’: Woman beats lifelong battle with eating disorders, ‘I get up every day and fight for my life’

‘My mom said, ‘You have to leave. I’ll kill myself if you stay in this house with us.’ I was given one week.’: Woman overcomes neglect, eating disorder, ‘I wake up every day and choose recovery’