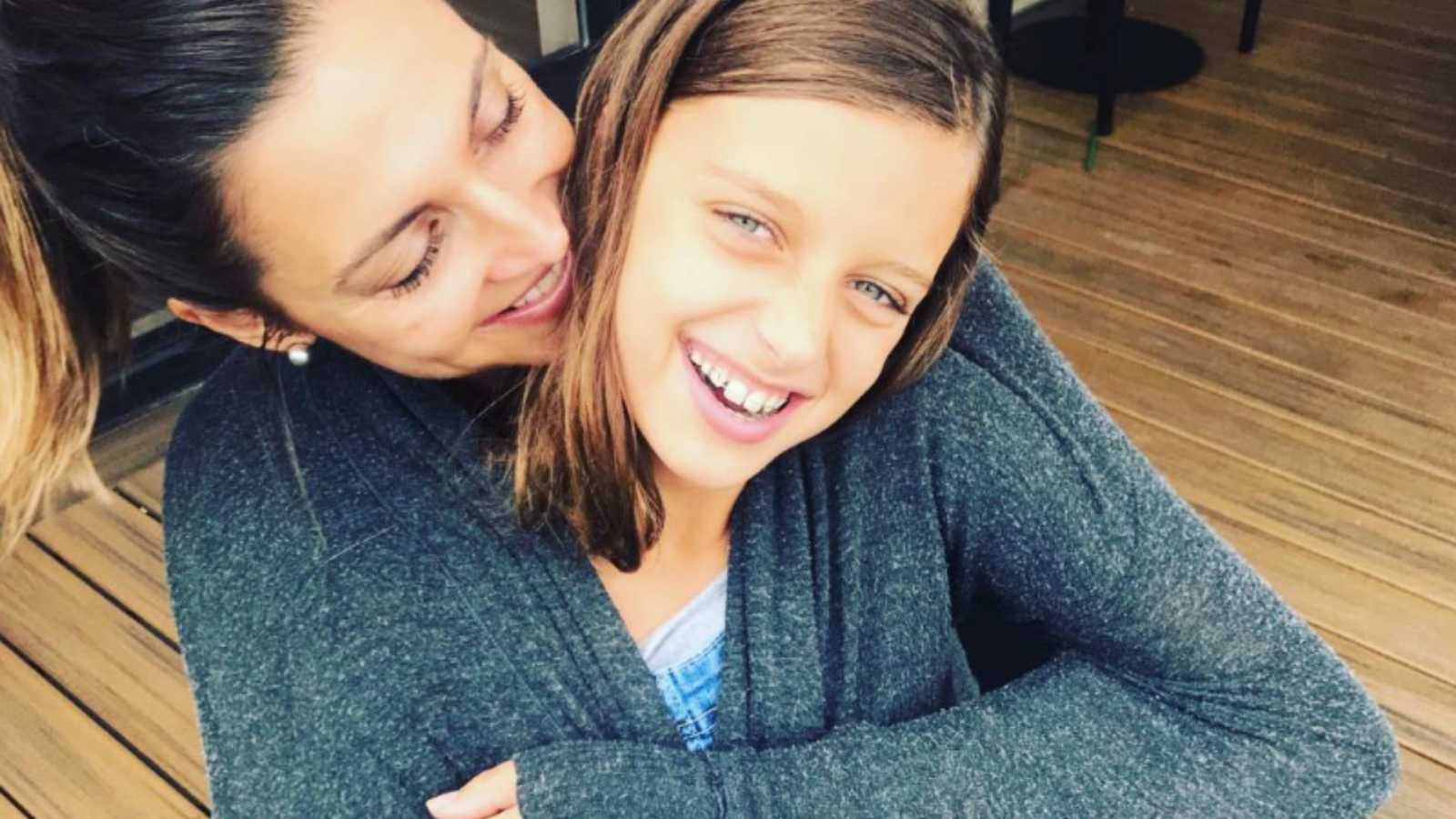 Co-anchor and journalist Paula Faris recently opened up about her decision to share her miscarriage with her 12-year-old daughter while it was happening.

Faris, a co-anchor of Good Morning America Weekend and co-host of The View until 2018 recently admitted she’s suffered through two miscarriages in the past. Unfortunately, the mother-of-three lost her last pregnancy as well, and this time decided to share the experience with her oldest daughter as a way to try to normalize the process.

Faris discussed the experience on The View as a guest recently, sharing that when the miscarriage happened she pulled her only daughter, Caroline Grace, into the bathroom with her as a teaching moment.

“I’m 44. I’ve always wanted four kids, maybe because I am the youngest of four. But that was my third miscarriage,” she told The View audience. Faris said this time, her pregnancy ended while they were on a family vacation and she wanted to ensure her daughter that a miscarriage isn’t uncommon and could be something she, too, experiences one day.

“I brought my daughter into the restroom with me,” she explained. “I showed her what was going on and I said, ‘I just want to let you know, Mommy is . . . the baby is probably no longer viable. Mommy doesn’t feel any guilt. This is normal, it happens to so many women, it’s happened to me a couple of other times,” she said. “When you get pregnant, it might happen to you, honey. And I want you to know there’s nothing you did wrong.'”

According to The Mayo Clinic, the “spontaneous loss of a pregnancy before the 20th week” occurs in about 10 to 20 percent of known pregnancies, but “the actual number is likely higher because many miscarriages occur so early in pregnancy that a woman doesn’t realize she’s pregnant.” Oftentimes, women can feel like they’ve done something to cause the miscarriage but, in fact, most occur because the fetus isn’t viable.

Posting this a little late…because I’m a hot mess. 7th Grade ✅ 4th Grade ✅ Kindergarten ✅ And, no, they’re not flashing gang signs. They’re flashing their corresponding grades. (We couldn’t figure out how to make a Kindergarten “K” with our hands. So, we opted for a ZERO. 😂)

Faris’ actions were clearly meant to educate her daughter and to let her know that if it ever should happen to her, she shouldn’t ever feel shame around the experience. It’s often difficult for most grown women to process such a loss so for a 12-year-old may have been overwhelming. But, Faris knows her daughter better than anyone and if she felt Caroline was ready for such a situation, she shouldn’t be judged for the decision.

Faris said she believed it was the right time to talk to her daughter about the significance of pregnancy loss. “It’s important to grieve, but it’s also important to know that this happens to so many of us. She’s 12.” She added, jokingly: “She’s the perfect child, by the way. And then I have my boys, who are savages. God has a sense of humor.”

‘We had five miscarriages, back to back to back. I just felt peace we WOULD have another baby.’: Couple has rainbow baby after church prayer and fast