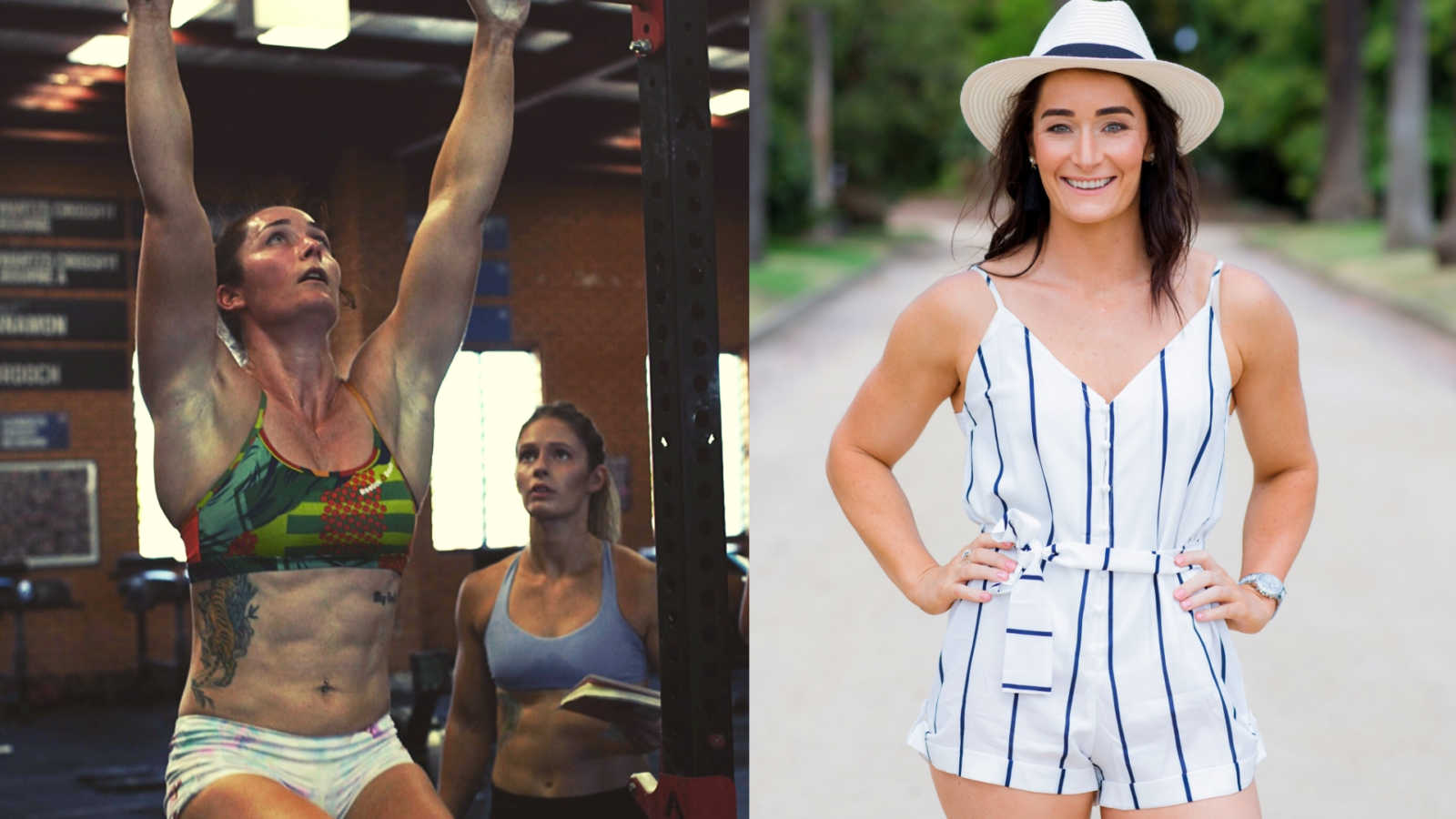 “Don’t scream rape.’ This was the first thing he said to me after he stole my innocence. When I was 15, I was raped by a man I knew. I went from being a straight ‘A’ student, an outdoor loving teen with huge dreams and aspirations, to a girl who had her virginity stolen, hated herself, and wanted to end her life. All I could see when I looked in the mirror was darkness. I could see no future, I gave up on school, I tried to give up on everything by taking my life, but I wasn’t strong enough at the time.

For 8 months I didn’t tell anyone what happened because he told me not to, but also because I was embarrassed, ashamed, and felt worthless. I heard people say, ‘If you don’t bleed you weren’t raped, as if you couldn’t fight them off,’ and all the other uneducated, ignorant things people used to say. Why would I put myself out there to be mocked further?

I didn’t speak to a psychologist about what happened, because I thought I’d simply be able to bury it deep inside me and move on. I developed a destructive personality, I took recreational drugs to numb my pain, and any time my life felt like it was going well, I would do something to ruin it because I felt more at ease, more comfortable when there was drama or problems in my life. It was my normal and I was the self-sabotage QUEEN!

I spent the next 15 years of my life pretending I was okay, pretending I was a happy, carefree extrovert who didn’t have a problem in the world. Survival for me meant I was always busy, always doing things, and never alone with my thoughts for too long. This lifestyle came at a cost. Every 6 months I would get to a state of complete exhaustion and fall into a deep depression for a couple of weeks. I didn’t realize how bad it was – to isolate myself and think about suicide, hoping I would be able to suppress everything once again and continue as I was – because it was my normal.

In addition to this, there were two other main contributors to my mental health. When I was 21, I left a very loving relationship and chased the ‘shiny object.’ I dated a guy who ‘had it all,’ which is what I thought I wanted. Big mistake. For the 6 months we dated (which felt like 6 years), I was stalked, my parents house was broken into, and he stole my phone bill and called everyone on it. He manipulated and controlled me. He told me what I could and couldn’t wear, he abused me, and chased me with a baseball bat. I felt like I was nothing with him, just another thing he believed he could control and treat however he pleased. The positive of these relationships is I learned at a young age what I would and would not accept in a partner. The downfall is I would never allow myself to get close to anyone, and I continually attracted the same jealous, controlling, emotionally manipulative men.

At 23 I had a stalker. I went to the police, but they told me there wasn’t anything they could do. I had to put up with receiving vulgar messages from someone who knew a lot about it, and I knew nothing about it. Whenever I got a message I became petrified, anxious, and I couldn’t eat or sleep. After some months, the messages stopped for a little while, and I hoped he’d moved on. But on Easter Sunday I received the first (of many) dick pics. ‘Happy Easter.’ This went on for months, and it was only after excessive dick pics the police would finally do something.

These experiences all had a huge impact on my life. I was never truly happy, I often thought about suicide, and I never allowed anyone to get close to me. I wasn’t comfortable having deep conversations because deep down I hated myself. I joined the police force because I thought I could help people and avoid my own problems. I also found different sports to focus my attention on, but that was a ticking time bomb that kept adding to my problems.

It was 2016 when my life hit rock bottom again. I was sitting in the corner on my kitchen floor with my sharpest knife to my wrist. I was going to end it all. I was ready to end my life. Except I couldn’t, because at that moment, my partner’s face entered my mind and I couldn’t bear to think what it would do to him. It was that moment when I realized I had to change my life, deal with my issues, heal my past pain, and work on me, or I was going to die.

I finally decided I had to be the most important person in the world, at least for a little while, and I got to work. I found an amazing psychologist and I got myself a coach. I spent so much time working on me, releasing old pain, letting go of limiting beliefs, releasing negativity from my life, and discovering my passion and purpose. This is when I discovered my calling was to be a coach for women who have experienced trauma that impacts the way they live their life. Women who don’t believe in themselves and don’t think they are deserving of the happiness they desperately desire.

I want people to know they aren’t alone, they can put themselves back together after being broken, and their biggest pain can actually be their biggest strength. Trauma and mental health issues are so prevalent and we need to do better at, firstly, acknowledging that, and secondly, creating a better world, a kinder world with more love and less hate.

There were many times in my life when there was no light at the end of the tunnel, there was no light at all, but for some reason, I have always believed that we are never given more than we can handle. I had to go through these experiences to help me find my way, to help me discover and reconnect with who I really am, not who I pretended to be for so many years. Life can be so difficult, but there is help available and everyone is deserving of the life they dream for themselves.

This story was submitted to Love What Matters by Jaci Rogash of Melbourne, Australia. You can follow her journey on Instagram. Do you have a similar experience? We’d like to hear your important journey. Submit your own story here. Be sure to subscribe to our free email newsletter for our best stories, and YouTube for our best videos.

‘One drink, I had one drink. After that, I remember nothing. My virginity was taken before I was ready.’: Woman’s powerful story overcoming boyfriend’s sexual assault 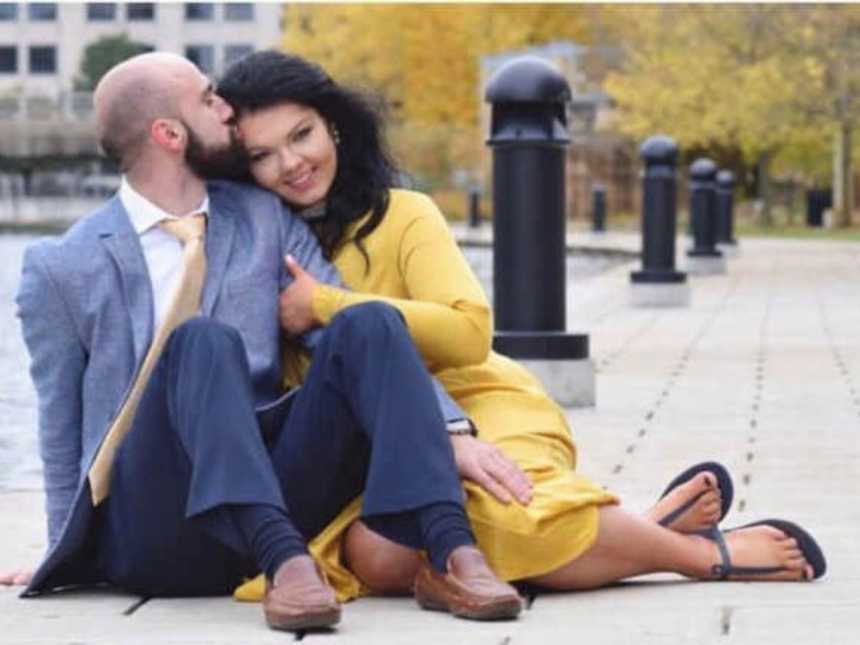