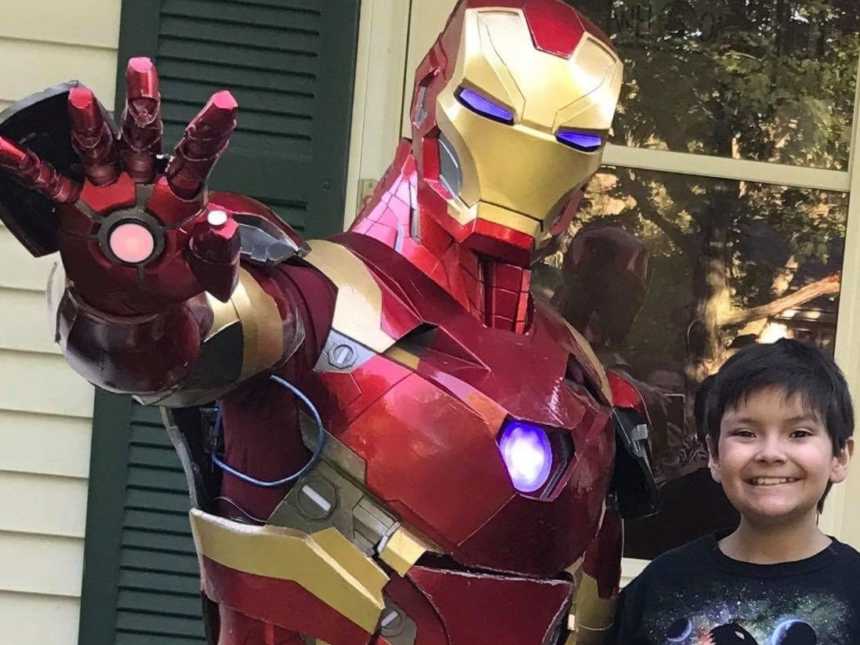 “Sebastian’s cancer journey started on Feb 10, 2016. Seba has been having bad headaches for a month and after four visits to the pediatrician, I was finally sent to a neurologist with the fear of migraines. But the night before our appointment he was in lots of pain and had a new symptom, pain behind his eye. I took him to the ER, they did a CT scan and discovered the tumor. Then this whole roller coaster started. He had a craniotomy two days later and we anxiously waited for the pathology results. A little over a week later we got the dreaded news that it was cancer, but not only that, an incurable brain cancer called glioblastoma. We did radiation and chemotherapy.

His journey has been hard, he had to learn how to walk and talk after his surgery and after a few cycles the first chemo stopped working. We did a second one for a year and then that one stopped working… unfortunately there are no more treatments available for this cancer. So we are trying to enjoy as much time as possible.

Sebastian and Iron Man met in the summer of 2016 during the Buffalo Bison’s Superhero Night. Seba was still in a wheelchair because he couldn’t walk much yet since he was still taking steroids.  Iron Man (Mark) heard through a friend that Sebastian was dealing with cancer and asked him to make sure to say ‘hi.’ Well, Mark and Seba bonded right away.

My ex-husband Shane was there with the kids, but Iron Man was able to get in contact with me, Sebastian’s Mom, afterward to offer any cheering up whenever Seba needed it. Ever since that day, Iron Man has been coming to visit Sebastian. He lives in Canada and takes a two-hour drive just to see him smile.

He even brings his friend, Batman, which makes Seba sooo excited! He’s always been caring to both Seba and his sister, Maiah, and he always wants to cheer him on. He wanted Seba to be his special guest at the last Bison Superhero game but Seba wasn’t able to make it, so he FaceTimed him from the game with all the superheroes there.

When Iron Man came to see Sebastian during the summer, he couldn’t wait to show him the superhero costume he made himself. He was so proud to show him.

Iron Man also gives Seba jobs. He sent him an Iron Man helmet with a note saying he needs to test it and see what improvements would be needed, and Seba did! He had a whole list for him about it. Mark and his family have been great to ours.

When Iron Man found out Sebastian’s condition worsened in November, he came right back to cheer us up. Mark (Iron Man) and his family treat us like we are part of theirs and send us lots of good vibes.

Iron Man stopped by yesterday to visit Sebastian in his bedroom. Seba couldn’t communicate much, but he knew Iron Man was coming. He tried to stay awake to see him.

Throughout these two years we have met lots of wonderful people and have been surrounded by love and support of family, friends, neighbors, co workers and even strangers.  And now, my son is able to be friends with his hero! In his eyes, Iron Man is the coolest guy and he is now family! It is a true blessing.

This story was submitted to Love What Matters by Elizabeth Bradley, Sebastian’s mom, via Kimberly LaRussa, founder of SweetBuffalo716.com. Submit your story here.

SHARE this story on Facebook if you believe in the superhero healing power of small acts of kindness. 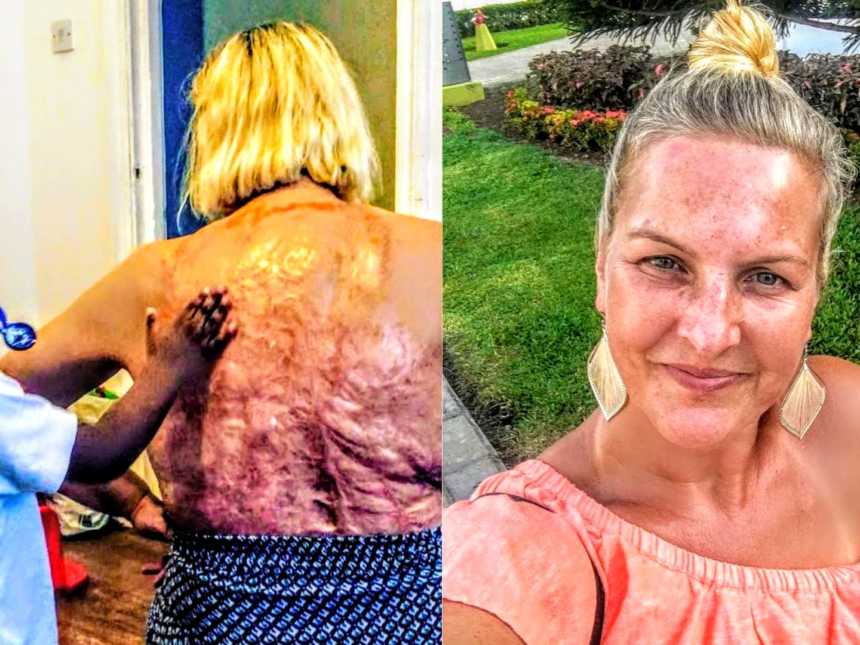 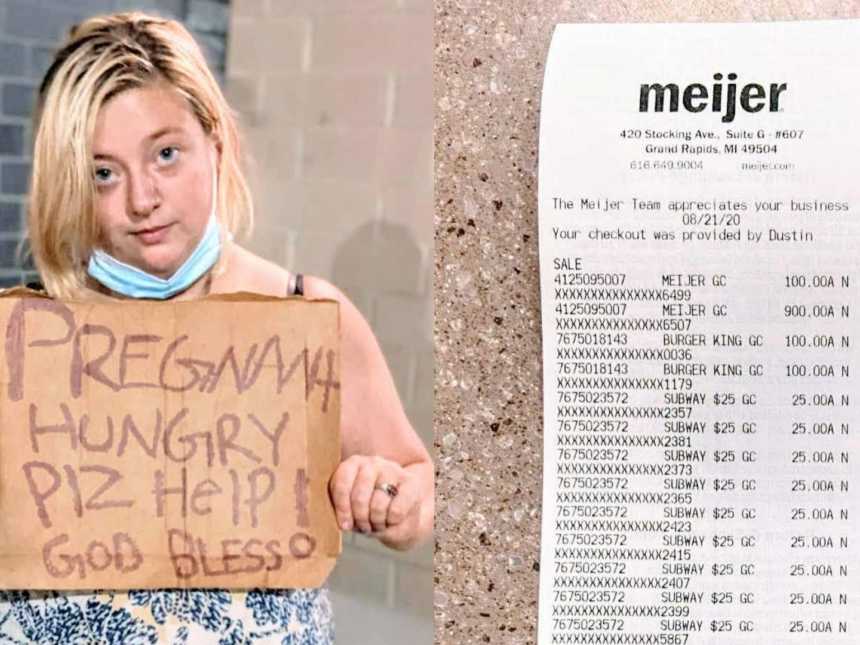 “We were exiting the ramp when we noticed a young lady holding a sign on the sidewalk. It was difficult to see the words, but as we pulled up to the red light, I was able to make out ‘Pregnant’ and ‘Hungry.’ We approached her. ‘We’re going to help you.’ Everyone else laughed or ignored her.”

‘You HAVE to start dating guys,’ my wife insisted. I was a 37-year old man, but 13 in exploring my sexual identity.’: Man comes out as gay, still lives with ex-wife to raise 4 daughters with boyfriend peacefully, ‘This is unconditional love’ 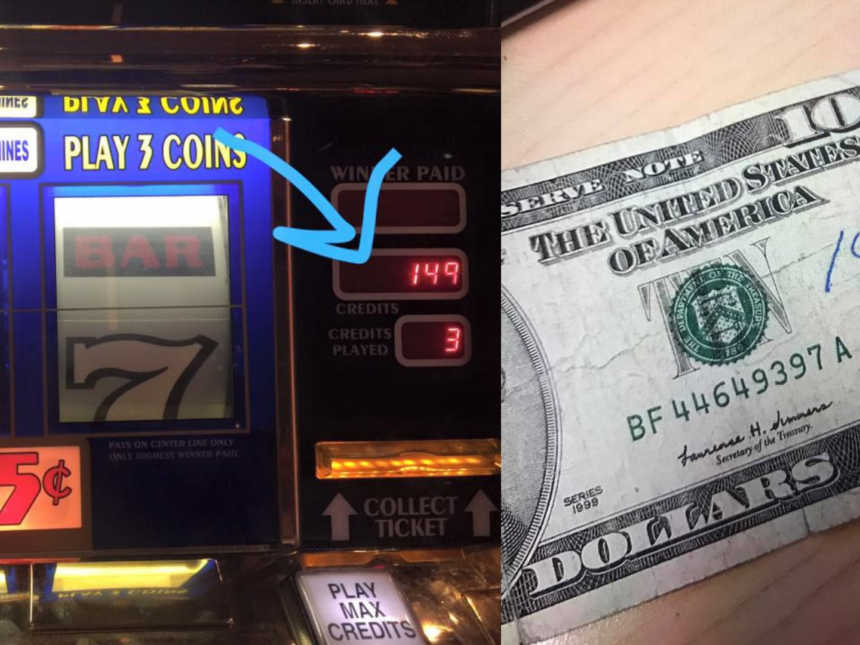 “Before he got sick, we used to joke about ghosts and spirits. He would make fun of me and taunt me with things like Ouija boards. I told him if anything ever happened to me, I was going to come back and prove that spirits can come around. He laughed and said, ‘Okay, I’ll come back and show you, too.’ And boy, has he been showing me.”