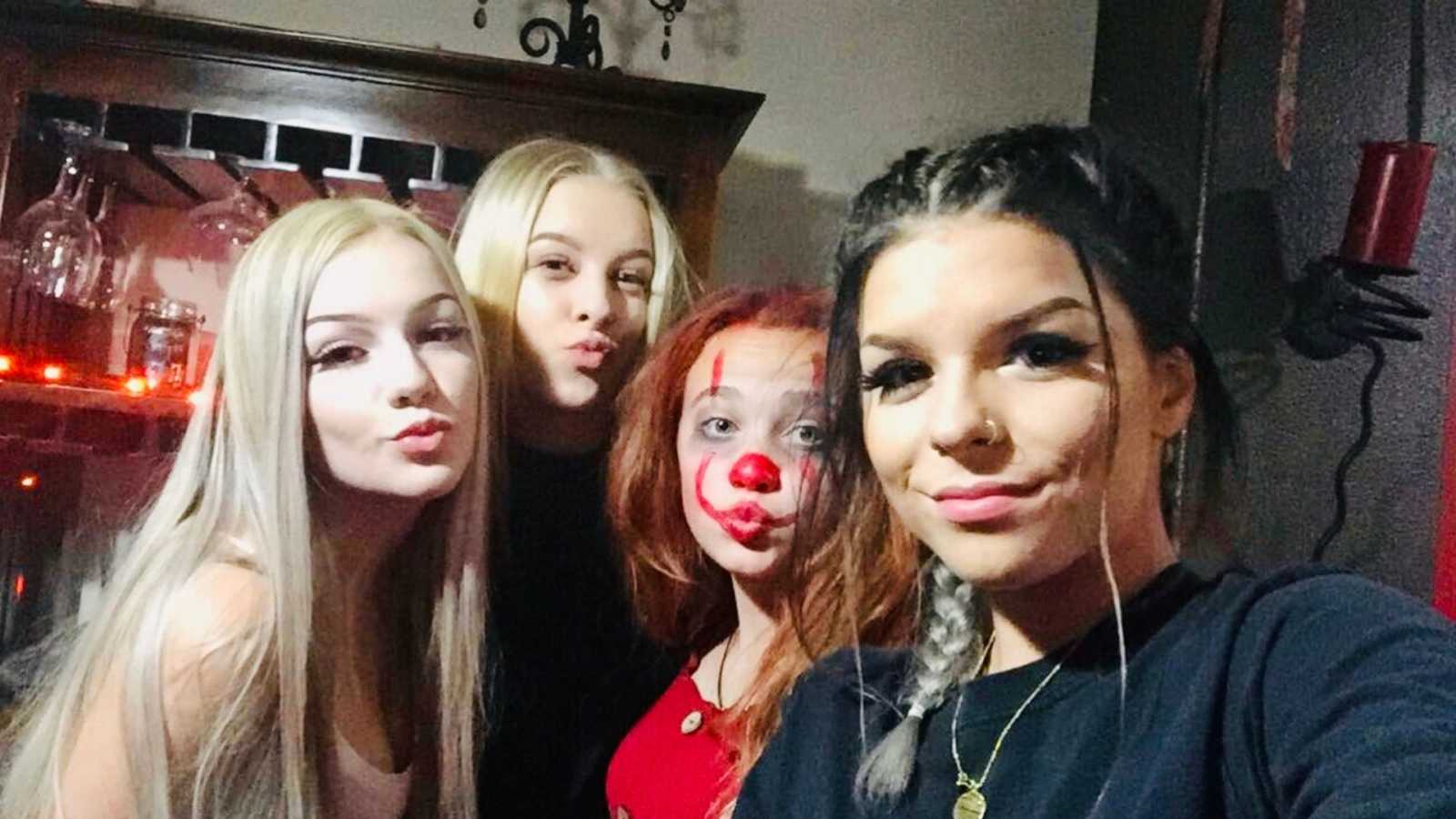 “So, not too long ago, my best friend had a birthday party for her daughter who was turning 16. It was nice out, so she set up an outside movie theater, just like you would see on Pinterest. You know, a few lawn chairs, sweet little blankets, a projector and screen, and of course, cute little white lights, complete with popcorn, candy and s’mores. It was all great until a storm rolled in and began dumping, yes pouring rain all over her perfect little outside oasis. Now, if it were me, I would have sat right down and watched a movie in the rain, but besides the fact that teenage girls were running for their lives so not to get their perfectly coiffed hair wet, I guess there was the whole issue about possibly getting electrocuted and nobody wants that, right?

We moved inside and my supermom friend hooked up the projector and gathered everybody on the couch. I don’t know what I was expecting her to turn on, maybe ‘Sixteen Candles’ or ‘Pretty in Pink’ or something, but no – a horror movie was on the menu, which didn’t really surprise me as mom and daughter are big Halloween fans.

The kids watched it for a bit, but like anything else adults plan, they got bored and started rustling around. Seeing this, my friend and I decided we had to do something to save the day, and whatever it was, we needed to do it fast.

I’m not sure which one of us blurted it out first, but what else would two 40-year-old something women come up with for a slumber party?  ep, you guessed it. ‘Light As a Feather, Stiff As a Board.’ I know some of you just gasped and are thinking what horrible people we are because we must be summoning the Devil or something, but c’mon. Weren’t you teenagers once? Isn’t trying to raise up your friends by two fingers in mid-air a rite of passage just as much as playing ‘Spin the Bottle’ with your junior high crush?  It’s not like I was asking them to do a Ouija board, oh no… I would never do that. Not after when I was 16 and my friend and I tried it and a tree caught fire across the street. Nope. Not going there. Never again. But this – this was easy.

It didn’t take long to convince them. They all volunteered to go first. There was part of me that wanted my own 16-year-old daughter to experience it, then part of me that was terrified. Because, as I recalled my own childhood, I swore in my head that it works. Doesn’t it? Was I making that up? I’m sure it worked. As a teenager, I figured it worked because it did, but as an adult, it kinda freaks me out that it did and nobody knows how it does. Because truly, there’s no way that a bunch of kids can literally push a body of another kid into the air on their fingertips without the help of ghosts or spirits, or your dead Gramma Betty.

Anyway, we gathered the willing victims around and explained to them that one person has to lay down, and the rest of us need to put our fingertips, just our fingertips from two fingers, under them. Then, we have to tell a story about how they ‘died.’ But, we also explained, and were very, very clear, that you can never tell a story using their real name or an event that might happen in the future, because we all have a friend whose best friend’s cousin’s sister’s friend did it and the story came true, right?

Okay, maybe I made some of that up, but it sounds good anyway.

We continued our quiet chant, slowly raising her up, ever so slightly. Just a little bit at first. Nobody giggled. In fact, they barely breathed.

Each one of us could hear our hearts pounding. Each one of us felt our pulse in time with the seconds that ticked by. Each one of us gasped a little as she rose up from the ground. Inch by inch by inch, her body rose up and floated, barely being supported by our fingers. My friend and I looked at each other, wide-eyed and surprised, mouthing the words, ‘it-works’ and some other words I can’t write out here.

I don’t know how far we got her up, because within a minute, we had her back on the floor. I guess ghosts have short attention spans, because one minute she was ‘light as a feather, stiff as a board’ and the next minute, she was a sack of pumpkins.

When we were done, the roar of laughter started, I suppose some from nerves and some from the fact that it worked. Yes, friends, it still works.

I know some of you think I’m crazy, and some of you think it’s cool because you have experienced the same thing, but either way, I hope that whatever fun, scary and potentially life traumatizing traditions you hand down to your kids find you having as much fun, and as many giggles, as we did.”

‘A notification from my husband. How? He’d been dead for 3 years. There’s no way.’: Woman receives spooky signs from late husband letting her know he’s still around, ‘Like a ghost’