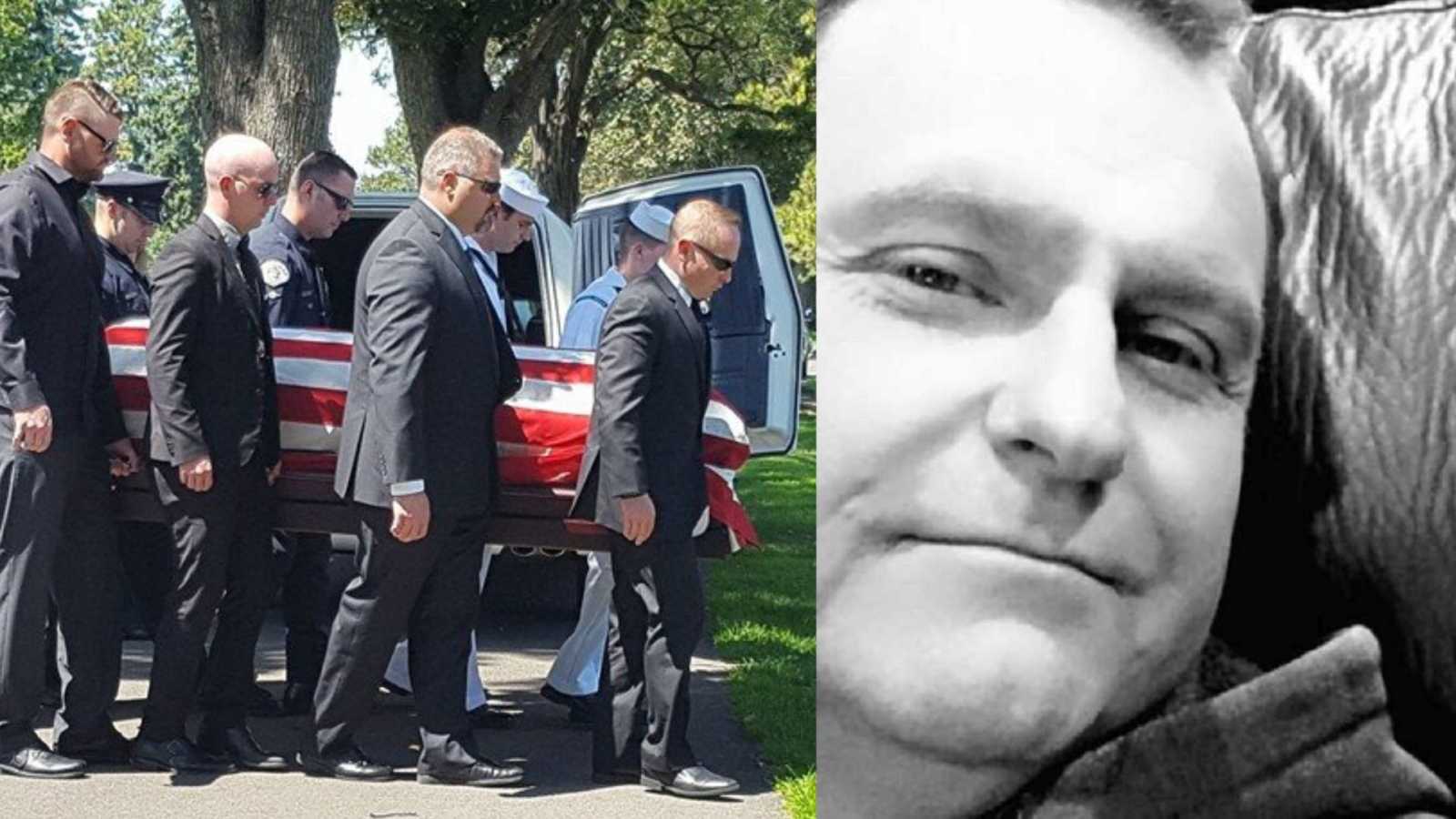 “If you have read my book, ‘Grief Life,’ or some of the stories on this site, you know I strongly believe in ‘signs,’ or ‘winks’ from people who have passed away. It’s not really anything I even choose to debate, because I know, without a shadow of a doubt it’s true.

So, as Halloween rolls around, it’s not uncommon for people to start wondering if they are going to hear from the people they’ve lost. Afterall, it’s the one day of year where the veil between the alive and dead is so thin that the dead can walk among us, right? So, why couldn’t they send us messages? And, if they can do it on that day, why can’t they do it on any other day?

Well, guess what, friends, they can. My late husband Chad sends me winks all the time. From sweet to loving to funny – he shows me all the time that he’s still here. And, I am forever grateful for that, because, to be honest, no matter how much time has passed since his death, I still miss him very, very much.

Without delving into the details too much, last year, I lost $600.00. In the grand scheme of things it doesn’t seem like much, but I’m a widow on a budget so every little bit counts. It stressed me out. I was worried how I was going to make it up and pay my bills that month. And as I was worrying about it and really getting anxious, on that very day, at that very moment, I got a letter in the mail from the city where Chad and I lived when he was alive. Apparently, he overpaid the water bill by (almost) $600.00 in 2016. And on that random day in the middle of 2018, somebody happened to do an audit, and out of nowhere, the money I lost was re-cooped. Granted, he was $4.12 short, but maybe I owed him or something. Either way, he always said he would take care of me and I think he does. I don’t know how else to explain that. I don’t know how else a check would appear out of nowhere just when I needed it if he wasn’t still making sure we were ok.

And, while I have had sign after sign after sign, there was one other one that really stuck out for me that almost brought me to my knees. Because, even as much as I believe in this, it’s still weird when it happens. It’s still almost unbelievable. It’s still hard to wrap your brain around it, and it still makes you gasp a little and lose your breath. And this one – wow. When I think about it, tears still fill my eyes and a lump still collects in my throat.

Birthdays were special to us. They weren’t crazy or off the chain – well, my 40th was but, that’s not the point. The point is, we always tried to do something special on each other’s birthday, just to let the other one know we cared. I remember the first birthday I had after he had been diagnosed with pancreatic cancer. He was working full time, still being a hand’s on dad and travelling out of state for his chemotherapy. The day got away from him, and even though he couldn’t get to the store, he still managed to leave me a homemade card so when I woke up, I would see it. It was the best birthday gift, ever, and in that moment when I saw it, I realized that I never want for anything. Because I didn’t need a gift. I didn’t need diamonds. I didn’t need anything, really. A homemade card from the man I loved was enough. It was always enough.

And, since he died, my birthday is hard. The night before, I panic a little bit and so much of the hurt and pain from losing him comes back, swifter and harder than most days. I don’t know why that is. I guess because I want to wake up and see a card on the counter. I don’t know. But this past birthday, I had some things to do the day before and I went about my day. I ran my errands, returned texts, sent e-mails, and drove my daughter wherever she needed to go. The day was busy. I tried my best to keep my mind off of the fact that he wasn’t going to be here the next day and he wasn’t going to leave a card, or have cake.

As the day wound down, I finally found time to relax, and I sat down to check my Facebook. So-and-so ‘liked’ this, So-and-So tagged me in that. And as I went through my notifications, there was one that stopped me in my tracks. I read it, but I thought I imagined it. I read it again and thought there was no way. I clicked out of the app and back in to see if it was an error, but it was still there. I checked the date to see if there was just some kind of delay, but there wasn’t. I blinked my eyes furiously to see if I was seeing it right, and I was. I held my hand to my mouth and covered it, because I wasn’t sure what kind of sounds were going to come out as my eyes began to burn from trying not to cry. I could not believe what I was seeing.

A Facebook notification from Chad Register. How could this be? Was it even possible? He had been dead for 3 years. Nobody had access to his account. There was no way, no possible way, that even if somebody had gotten into his account that they would have done this as a joke. Especially not hours before my birthday. But, what I was seeing was impossible, right? It couldn’t be, right? He is dead. How can it even be possible that a dead man could be tagging me in a post? And even more, when I clicked on it, because you bet I clicked on it, there was nothing there. Nothing. Like a ghost.

Because I can’t explain all the things that happen. I can’t tell you why his badge number pops up for me all the time. I can’t tell you why I have vivid dreams of him, or why my daughter does, either. Or why my boyfriend likes the same songs he did or why he sometimes says the same things he did, word-for-word. I don’t have those answers. And, I don’t think I’m supposed to. Nor do I think you’re supposed to. I don’t think we’re fully supposed to understand it. I just think we’re supposed to believe.

I hope you choose to believe, too, because life is so much better with signs in it. I hope you look for them and keep your eyes, and your heart wide open. You won’t regret it.”

Read more powerful stories on signs or winks from lost loved ones:

‘It started with the dreams, but then it got real. I couldn’t deny it anymore.’ Grieving wife finds ‘signs, winks’ EVERYWHERE from late husband

‘I’m looking down on you. LOOK UP. I SEE YOU.’ My son wrote his ‘goodbye letter,’ and ended his life.’: Mom loses son to meth addiction, suicide, claims she sees ‘signs, traces of him’ everywhere

‘I saw a 3-year-old girl step onto a subway of Las Vegas ALONE, and the doors were closing. I met eyes with a mom. Then, the subway bolted off.’: Woman recounts how ‘every mother’s nightmare’ of losing a child became reality