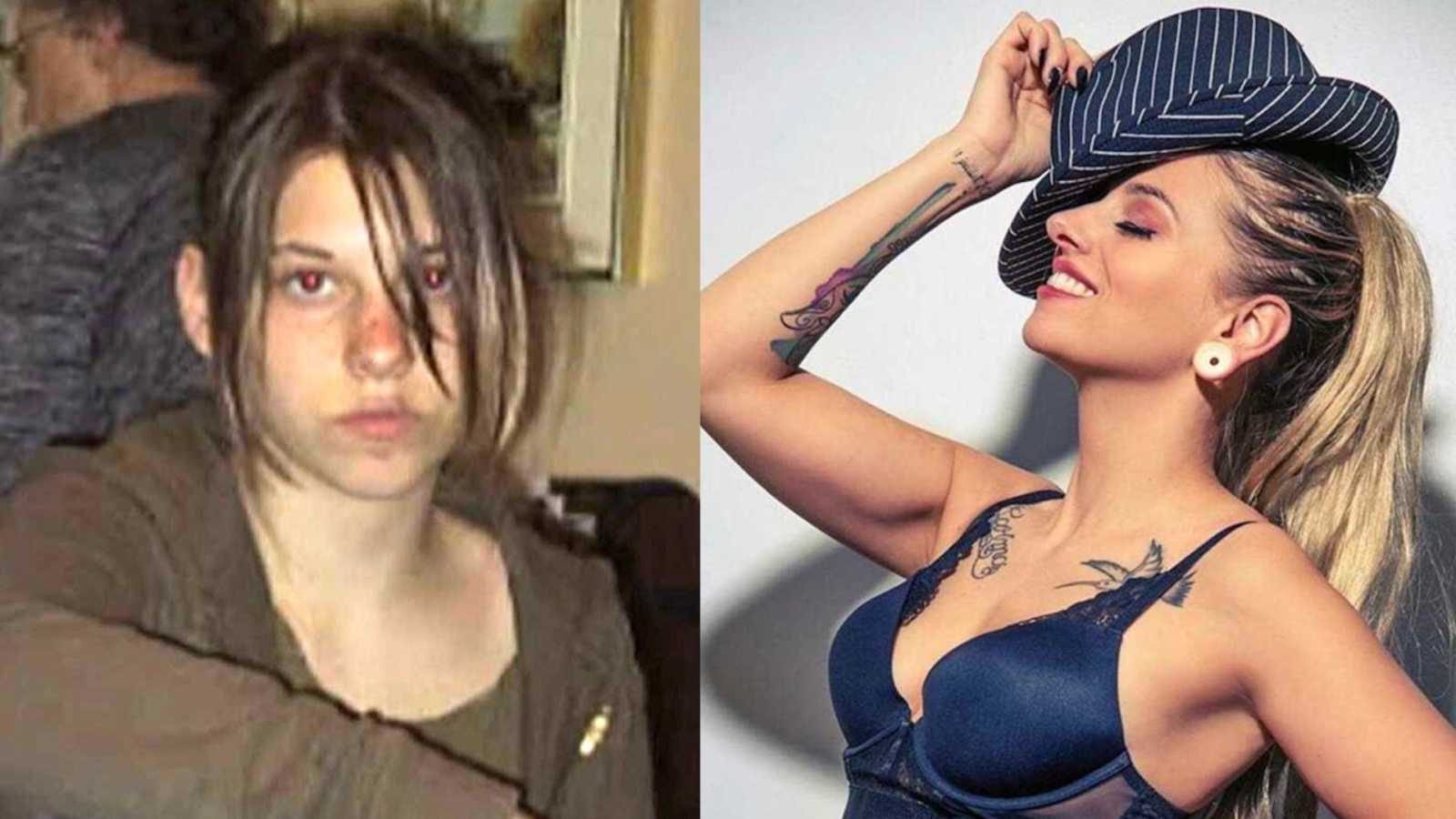 “My birth mother was an immigrant from Italy, and when she came into this country, she got herself into drugs and eventually became a prostitute. When my birth mother went to the hospital to give birth to me, she was so messed up on the influence of drugs they needed to do a C-section. At that moment, Child Services stepped in. Immediately after my birth, I was put in my first foster care family. But I needed special care because I was a drug abuse fetus. My first family gave me back to Child Services.

After a couple of months, Child Services placed me into my second foster care home. When a year passed and my birth mother didn’t appear to visit me, I was put up for adoption and the current family I was with had first pick. The new foster care family fell in love with me and decided to adopt me. I was a year old when they became my real mom and dad.

Growing up, I was not an easy child. I always put myself in trouble and did exactly what I was not supposed to do. I skipped school, I was disrespectful to my parents, and frequently told my mom to ‘f*ck off.’ I would blame all my pain on her. I even told her I wanted her to die. I felt so alone with deep pain in my soul.

It was in high school when I started smoking weed and drinking alcohol. I was 16 years old. The only thing I wanted was to be accepted and have friends around me. So what do the popular kids do in high school? They skip class, they get in trouble, and they do drugs.

I remember the first time I drank. I was at my first party without parents. It was not my friends’ first time drinking, but it was mine. I was so afraid to drink, but I was more afraid to be rejected by my friends. I knew they would reject me if I said no, so I said, ‘Sure, I’ll try it.’ Then I got drunk and made a fool of myself. My friends loved it. They bragged about me at school, about how cool I was and how I drank a lot. I became cool and fun in my friends’ eyes. I can tell you it was a thrill for once in my life to have so many friends around me. I didn’t know at that moment that it was for the wrong reasons.

With bad friends around you always comes bad boyfriends. I was so young and naive, and I didn’t know what love was. My parents never approved of my boyfriends or what I did after school, but I didn’t care. They tried to warn me, but the only thing I saw was them trying to control me. I just wanted to have fun, you know?

When I was 18, my parents kicked me out of the house. I’d stopped seeing my psychologist and became very violent. They needed to protect themselves from me. I then moved to British Columbia, Canada, and for one year, I was homeless. I had to hitchhike to travel. I picked up a couple of jobs here and there, like cherry-picking and housekeeping for a hotel, to make a little bit of money to survive. Then I started on pills: ecstasy and speed. I would only use pills at parties with my friends to have more energy to party all night.

When I was 19 years old, I came back to my hometown. I got myself into a 6-year relationship, and my boyfriend at the time didn’t like it when I used drugs. So instead I drank a lot. I drank so much I needed to drink every day.

My boyfriend at the time didn’t want me to stop drinking. I realized I needed to leave him and that broke my heart. I thought I loved him very much. I really thought I was in love.

So there I was, 25 years old, single, and free to do drugs again. You can guess what happened next.

I had never dealt drugs, but the people around me did. Friends and ex-boyfriends. Boys would buy me my drugs as long as I showed up and looked pretty. I had no self-esteem at that moment. I just wanted to be loved once again. I didn’t know what love was.

At 26, I got myself into another very toxic relationship. I was using drugs every day, to the point where I just wanted to die that way. I was not working, I didn’t have any money. I felt stuck in my relationship because he was providing everything for me.

It was cocaine I was the most addicted to. That’s not a surprise since my birth mother used cocaine when she was pregnant with me. I was hooked on that substance before I was even born.

I was on anti-depression pills. I didn’t eat. I didn’t shower for days. I would wake up every day hoping to die. I was suffering so much. I was stuck in this awful relationship with a man who was using me and cheating on me. I just wanted my suffering to stop and didn’t know how else to make it stop. I just wanted to die. ‘I’ll just mix my sleeping pills and take a lot of cocaine so I won’t wake up tomorrow,’ I thought. But, no luck.

It was on July 11th, 2016 when I finally realized that trying to overdose on purpose was a sign I needed help. I left my toxic relationship and went to see my parents, crying for their help. I remember the disappointment in my parents’ voices. I was a drug addict. I told them, ‘I need help. I need to go to the rehab center. I have a drug addiction.’ And they said, ‘Well, we didn’t expect that…but we will help you.’

I went to rehab and never looked back. The journey was not easy at all, but I grew from this and got so much stronger with a lot of self-esteem.

Since then, I feel like I have a purpose and it’s to show that recovery is possible. With my pictures, with modeling, I want to show the world that being sober is sexy. We can kill the stigma.”

This story was submitted to Love What Matters by Gaby. You can follow her on Instagram. Submit your own story here. Be sure to subscribe to our free email newsletter for our best stories, and YouTube for our best videos.

‘I woke up in jail, my hands and ankles handcuffed because I’d refused the breathalyzer test. My kids had been in the backseat.’: Woman beats addiction after several years of drug and alcohol abuse